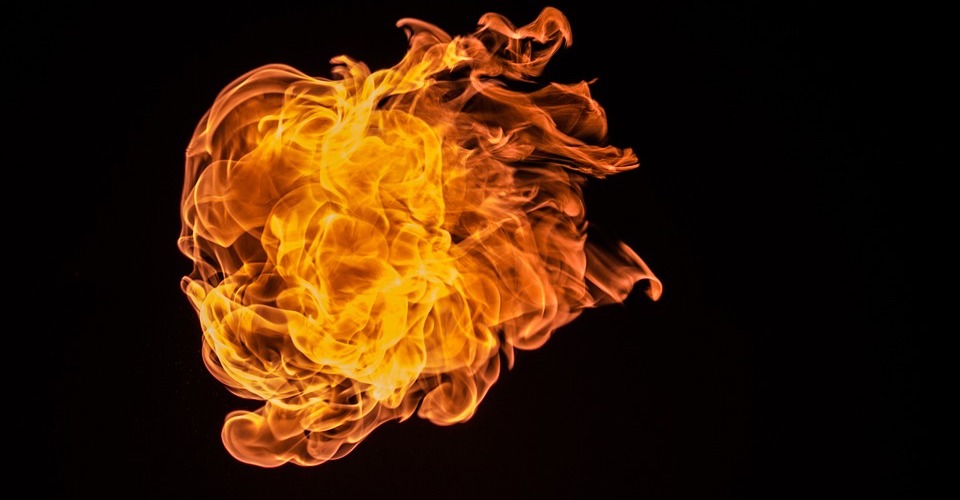 by Joseph Flynt
Posted on March 9, 2019
21 Shares
3D Insider is ad supported and earns money from clicks, commissions from sales, and other ways.

Heat transfer is a concept that affects our everyday lives, various industrial processes, and the whole universe as we know it. From exploding stars to power generation down to you making your breakfast every morning, heat transfer is a fundamental law of nature that is as crucial to us as the air we breathe. It’s also easy to see how heat transfer plays a role in our favorite 3D printing hobby.

There are three mechanisms of heat transfer, namely conduction, convection, and radiation. We probably encounter each one of these in our daily lives. Each one of these mechanisms is even exhibited in our small desktop 3D printers. How do they work and what’s their relevance to our hobby?

What is heat transfer?

In understanding heat transfer, we must first recognize as heat as merely another form of energy. Energy can take many forms and can be converted from one form to another – turbines convert mechanical energy to electrical energy, which we then convert to heat energy in our homes when preparing our food.

Another fundamental characteristic of energy is that it tends to equalize. This means that energy naturally transfer from an area of high energy to low energy, in the same way that a ball spontaneously rolls down a hill. In terms of heat, a high heat energy is more easily perceptible using a standard that is familiar to us – temperature.

We all know instinctively that a hot object will heat up a cold object. This is merely a manifestation of heat energy transferring from hot to cold. It does not work the other way around. This simple flow of energy from a hotter object to a colder object is the simplest definition of heat transfer.

Now, how is this energy transferred from one object to another? This is not a function of what the source object is but is defined by heat transfer mechanisms.

What is heat transfer by conduction?

Heat transfer by conduction can simply be defined as heat transfer by direct contact. You have probably experienced how quick this heat transfer mechanism is if you’ve touched a hot pot by mistake, or if you’ve every held your hand on top of a burning candle as a kid. Other common examples include a spoon getting hot while submerged in a bowl of hot soup, or metals feeling cold to the touch as they draw heat away from your hand.

On an atomic level, heat transfer by conduction represents atom to atom transfer of energy. This same atomic-level definition is what distinguishes between materials that are conductors and insulators. Conductors, such as metals, have free sub-atomic particles (called electrons) that vibrate freely when they receive energy. When these vibrating particles come into contact with the particles of another object, the resulting collisions between particles effectively transfer the energy from one object to another.

In a 3D printer, the most apparent example of heat transfer by conduction is in the hot end nozzle. A wire running through a section of the hot end heats the nozzle by converting electrical energy to heat energy. The temperature of the nozzle is then maintained thru the feedback of a thermocouple wire which is also in direct contact with the nozzle.

The filament is then pushed by extruder towards the heated nozzle. The direct contact between the nozzle and the filament, an example of heating by conduction, results in melting of the filament. This melted portion is then pushed through the narrow tip of the nozzle by more filament being pushed by the extruder. Through this balance of heating and extruding, you can achieve the printing speed and print quality you want.

What is heat transfer by convection?

In convection, heat transfer happens via the movement of a gas or liquid. Technically, there is still direct contact between two bodies in convection. The main difference is the fact the one medium, such as blowing wind, is in a constant state of motion. The result is a more uniform distribution of heat transfer. Imagine heating a piece of 3D printed action figure using a heat gun that blows hot air in wide distribution, versus heating it by touching it with a piece of heated metal. With a heat gun, you might be able to heat a very thin layer of plastic material, resulting in a uniform finish. This is impossible with a piece of heated metal – you’ll probably end burning right through the plastic, but only in areas where the metal came in contact.

There is also a phenomenon called natural convection which space heaters have taken great advantage of. When air becomes hotter, its individual particles move faster and expand. This leads to hot air becoming less dense, therefore getting “lighter”. If you’ve ever heard of the saying “warm air rises, and cold air sink”, then that’s the simplest explanation of natural convection.

Space heaters use the concept of natural convection by only heating the air surrounding it near the floor. When this portion of air heats up, it rises up and displaces the cold air above. The cold air then sinks to where its temperature can be increased by the space heater. This process repeats indefinitely, resulting in a more uniform overall temperature in the whole room.

In 3D printers, the concept of convection is leveraged in the use of cooling fans. Fans are used to cool down the print quickly once it has been laid down on the build platform. These are particularly useful in improving layer adhesion, especially when printing with filaments that require high printing temperatures. Much like blowing on your hot soup to cool it down, a cooling fan continuously introduces cool air into the surroundings of the hot print. This constant supply of air cools down the print quickly and uniformly.

What is heat transfer by radiation?

The final mechanism, and probably the one most people are least familiar with, is radiation. Radiation is very different from conduction and convection in that it does not need any contact or even a medium, like wind or water, to transfer heat. The easiest example of this is how the sun manages to heat our planet even across lightyears of vacuum.

Radiation is heat energy transported through space using electromagnetic waves. These electromagnetic waves are in a frequency that is not visible to the naked eye in the same way that colors like white and red are. If you’ve ever held your hands close to an open fire, most of the heat you felt is probably because of radiation. Heat transferred from the sun via radiation also allows solar panels, through their photovoltaic cells, to convert heat to electricity.

An interesting thing about heat transfer by radiation is that all objects generate varying amounts of radiation. How much radiation a body emits is determined by its temperature, the temperature of its surroundings, the shape and size of the body, and various intrinsic properties that are related to what materials the body is made of. This means that even a cold object emits radiation, albeit a very small amount.

The concept that all objects emit radiation is the premise behind the use of thermal cameras. These cameras are more attuned to the electromagnetic waves that objects emit because of radiation. These waves, in the infrared range, are captured by thermal cameras and interpreted into a spectrum of visible colors – typically form red to indigo. The natural warmth of human bodies makes them light up in thermal cameras, which have become very useful for surveillance and security applications.

Due to the fact that all objects emit heat via radiation, it is hard to pinpoint any part of the 3D printing process that exclusively exhibits heat transfer via radiation. It can be argued that all parts and components of a 3D printer have traces of radiation in varying degrees.

Another thing to remember about radiation is that the amount of heat it transfers is very small compared to the heat that can potentially be transferred through conduction and convection. Of course, there are certain exceptions, like the sun emitting huge amounts of radiation due to its sheer size and temperature. In fact, a huge portion of the radiation heat that the Earth receives is from cosmic sources, such as stars, asteroids, and the sun.

This was a very basic and general discussion on the different mechanism of heat transfer. There were a lot of generalizations made – such as radiation only emitting a small amount of heat – that may not be applicable in all situations. However, this level of knowledge can help you be conscious of the different heat transfer processes happening around you. By being more cognizant of the heat transfer processes that happen in our surroundings, we can have a better idea of how essential the concept is to our everyday lives.

If you’re into 3D printing, advanced knowledge of how heat is transferred can help you when troubleshooting certain issues such as jammed nozzles or poor bed adhesion. After all, heat is at the very core of the concept of FDM printing.