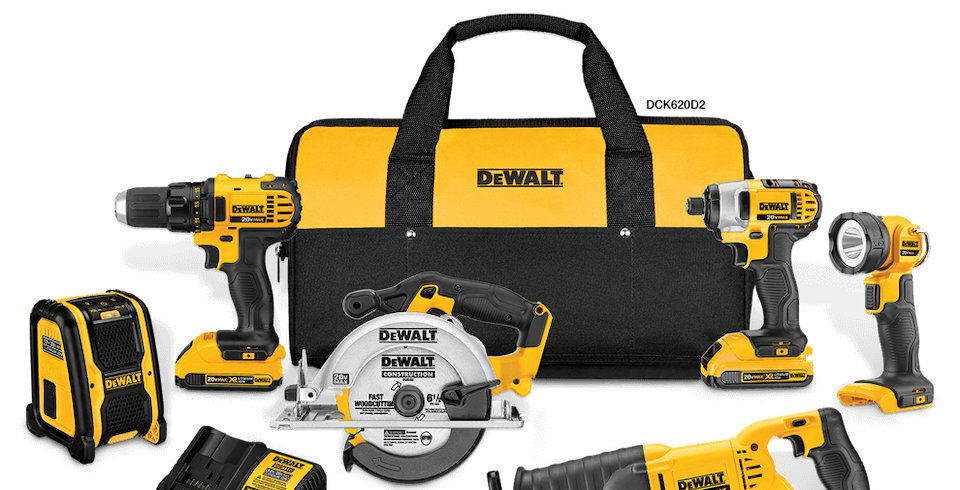 by Joseph Flynt
Posted on November 23, 2018
13 Shares
3D Insider is ad supported and earns money from clicks and other ways.

The cordless power drill is perhaps the most versatile and essential tool anyone can have. It can be used to drill holes in furniture projects, hang curtains, mount shelves, and place anchors for frames and artwork. The biggest brands have all released Black Friday deals this year, including Bosch, Makita, Black and Decker, and Dewalt.

We have compiled a list of the best deals on cordless drills that are live right now. Some of these deals come in bundles that include thrown in an impact driver or circular saw with the standard cordless drill.

If you’re big into DIY, a cordless power drill will probably be your most useful tool. With so many options, how do you pick out the one that is best for you? These are the following things you need to consider:

The power of a cordless drill is measured in volts, and most DIY users will be perfectly happy with a model that runs on 12V to 16V. Higher end models can be as powerful as 20V, but you can expect these to be heavier and more expensive.

Some cordless drill models have a reverse rotation function which may be particularly useful when removing screws from walls or while dismantling furniture.

Cordless drills with variable speed control are more versatile. The lower speed settings of these drills can be used when driving screws, while the higher settings are reserved for drilling holes using a drill bit. If you have a separate impact driver, then a single speed cordless drill with speeds of around 1000 rpm should perform well enough for hole drilling.

The chuck is the part of the drill where the drill bit is inserted. Different models of drills offer different chuck sizes from 1/4” to 1/2”. A 1/2” chuck is perfect for heavy-duty applications, but a chuck with 3/8” provides more versatility for DIY and home users. Chucks can either have a key or be keyless, with keyless models being more preferred for their versatility. Keyless chucks are also more reliable, since accidental key loss of a keyed chuck will render it useless.

Cordless drills are one o the most versatile tools that you could buy. It’s a great tool to keep handy should you ever decide to redecorate or to mount a new piece of furniture. The deals for cordless drills this Black Friday are hard to beat, especially with the participation of major brands.