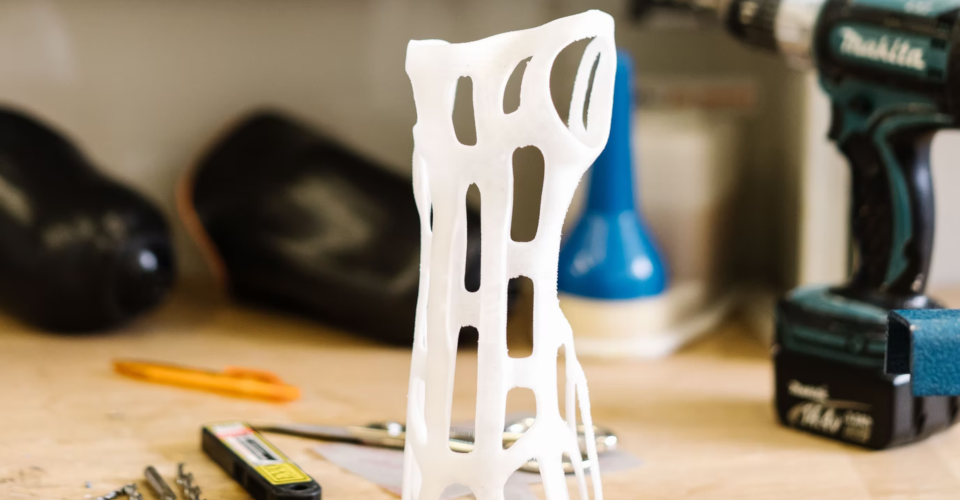 How Long Should You Cure Your Resin Prints?

by Joseph Flynt
Posted on October 4, 2021
17 Shares
3D Insider is ad supported and earns money from clicks, commissions from sales, and other ways.

Resin printing is often complimented as one of the faster methods of 3D printing. That statement is quite accurate, even when we consider the additional time that must be spent on curing.

Resin curing can generally be done in less than 5 minutes when done in a UV curing box or under a UV lamp. It is also possible to do curing under the sun, but this will take much longer – between 12 to 24 hours. It is just as important to ensure that all parts of the resin print are equally exposed to UV light during curing.

One thing worth keeping in mind is that it’s entirely possible to over-cure a resin print. How can you tell if a resin print is done curing? Why is curing necessary anyway? Let’s look at the finer points of photopolymer resin chemistry to better understand the curing process.

Why is curing needed?

To do this, energy is supplied to the resin solution via UV radiation. This is the process called curing. During 3D printing, the liquid resin is subjected to pulses of UV radiation. This radiation is just enough to give some rigidity to the layers as the model is being built.

At this stage, the resin is still considered to be in a “green” state. It’s rigid but still has a lot of resin that remains uncured. A post-printing curing step is necessary for the resin to achieve its maximum strength. It also makes the finished print safer to handle, as the uncured resin is considered toxic. 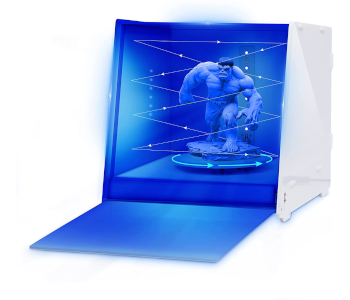 The best way to do post-printing curing is using a UV curing box. A good curing box has three basic elements – a UV light source in the right electromagnetic wavelength, a reflecting surface to ensure that all parts of the print are cured equally, and a rotating turntable.

Most of the popular resin printer brands also sell UV curing boxes as an add-on or accessory product. A couple of good examples are the ELEGOO 2-in-1 Washing and Curing Machine and the SUNLU Resin UV Curing Box. The fancier ones can cost more than $100 but there are also cheaper alternatives that go for less than $50.

If you’re on a budget, you can also build your own UV curing box. The easiest way to do this is with a clean paint tin can, a UV light, and a battery-powered motorized turntable.

The advantage of using a UV curing box is that you can finish the post-printing curing step in less than 5 minutes. For miniatures, you can even cut down the curing step to 1 or 2 minutes.

If you do not have access to a curing box, another option is to cure your resin print under direct sunlight. You do not get as much UV intensity as a UV bulb, but it’s free! On a clear and sunny day, it should not take more than 12 hours of sunlight exposure to fully cure a resin print. However, cloud cover or rainy weather can easily mess up your timeline.

How to tell if curing is finished

It is prudent to set a time once UV curing starts. This is because there is such a thing as excessively curing your resin print. Almost all plastics degrade and become brittle when constantly exposed to UV radiation, and newly 3D printed resin is no exception.

It might take a bit of practice, but visual assessment is still the most reliable way to tell if your resin print has been fully cured. Uncured resin has a glossy appearance. As the resin is cured, it takes on a more matte finish. The actual appearance may vary from one resin to the next, so there is still a bit of trial and error involved.

Other signs to watch out for are some tackiness on the surface of the print, as well as the odor of uncured resin. If you can still detect these signs, then an additional 30 seconds in the curing box might just do the trick.

What you do not want to see are patches of white on the surface of the print. This is a certain sign that the resin has been over-cured. The discoloration is no longer reversible, so you’ll just have to paint over it.

Curing is that “extra step” that is unique in resin printing. If you have the right tools, then post-printing curing should just take less than 5 minutes. You can also just use good old sunlight, but that will extend the curing time by several hours.

The more important lesson is knowing when to stop curing. Lots of beginners learn this the hard way. It is generally better to err on the side of under-curing than over-curing, as there is no remedy for the latter.