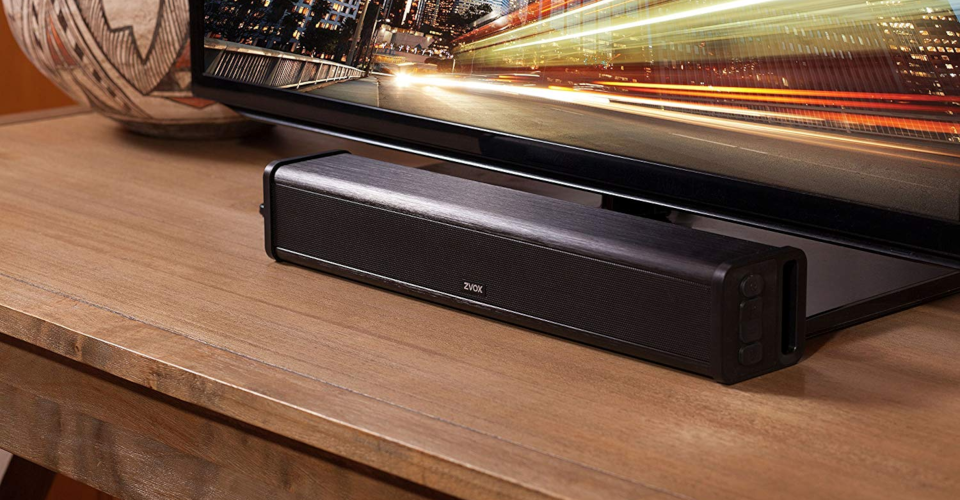 by Joseph Flynt
Posted on December 1, 2019
19 Shares
3D Insider is ad supported and earns money from clicks, commissions from sales, and other ways.

Soundbars are speakers with a wide enclosure. The width allows multiple speakers to be placed next to each other and create the “surround sound” effect that is common in home theatre systems. The high width and low height of a soundbar make it easy to place the speaker system in tight spots. You can easily place it over or under your screen/tv.

You can save quite a bit of money by purchasing soundbars during Cyber Monday sales. This year, there are some excellent speaker systems on sale. Check out some of the deals below:

We generally assume that most consumer products, especially in the area of electronics, some from China or some parts of Asia. But, there is an American company that makes popular soundbar systems, speaker systems, and televisions. The company is called Vizio and their soundbars are on sale this Cyber Monday.

Both the Vizio soundbars have Bluetooth connectivity. So, you can pair a wide variety of personal devices and then play music from your favorite playlist. Both soundbars have 2 speakers in the soundbar enclosure. The sound level is above 90dB which is enough to fill your entire room with crystal clear sound.

The 2.1 system has a wireless subwoofer as well which gives the music an added dimension.

Samsung is one of the biggest global brands in consumer electronics. They make some interesting soundbars as well and their products are on sale this Cyber Monday. In fact, a wide variety of Samsung soundbars are available for discounted prices.

You could go for an entry-level 2.1 soundbar, up your budget for a 3.1 or a 5.1 soundbar, or you can go all out and buy a 7.1 soundbar which offers a comprehensive audio solution. Some of the Samsung soundbars are also compatible with Amazon Alexa.

Almost all the Samsung soundbars that we found to be on sale offer power levels of close to 300W or higher. The price ranges are from $279 to $1700, but you do get a significant discount over those original prices. So, there is a lot of potentials to save some serious money and get a world-class soundbar.

LG, like Samsung, is a Korean consumer electronics giant. It also has an extensive lineup of soundbar speakers. Some of LG’s soundbars are on sale during this year’s Cyber Monday season.

You can purchase 2.1 and 3.1 soundbar systems for really low prices. LG’s soundbars offer 300 to 400 watts of audio power. All the discount soundbars also have a subwoofer for powerful bass. Bluetooth connectivity means streaming and playing tunes from your personal playlist is as simple as a couple of taps on the touchscreen.