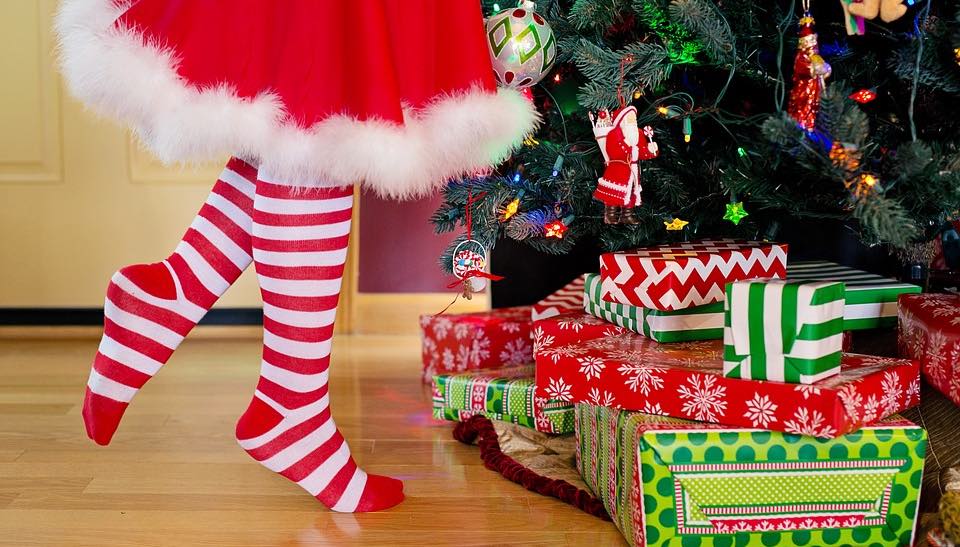 Christmas is all about the toys that Santa brings when you are a little kid. Kids spend months dreaming about what Santa will bring them and eagerly await for his sled to arrive on Christmas night.

Christmas can be an expensive holiday but you can get gifts on sale. Amazon has released some popular gifts at discounted prices. There is something for everyone if you browse the site.

There are a ton of LEGO sets that are on sale for up to 50% off for Christmas. There are LEGOs for boys and girls alike.

The LEGO Classic Large Creative Brick Box is on sale for $48, which is a $12 discount from its retail price. It comes with almost 800 pieces in 33 different colors. This is the perfect set to get if you want more LEGOs.

The LEGO Friends sets are designed as a fun alternative to Barbies for girls. There are numerous options to choose from starting at $8 and going up to $80. Girls no longer need to feel left out when it comes to LEGO fun.

Barbie Christmas Gift: Amazon has a Barbie doll for sale that’s normally priced at $29. You can get it for $19.

With the new Star Wars film coming out, there will be no shortage of enthusiasm for Star Wars toys this Christmas. There are numerous LEGO Star Wars sets that are up to 85% off their retail prices. There are also cool toys such as the Batmobile that can actually drive as well.

You can also get figurines for Star Wars such as the Playskool Heroes Star Wars Galactic Heroes set. It is selling for $27, down from its retail price of $39. Stormtrooper action figures are also on sale.

K’NEX are similar to LEGOs except that they can create cooler and more unique 3D shapes. You can get a 705 piece set for just $26 for Christmas. That’s down from its list price of $39 and is a savings of 35%.

Nerf is every boys favorite toy. They are usually quite expensive, but luckily there are some deals to be had.

The Nerf N-Strike Elite Spectre has a retail price of $55, and you can get it as a Christmas gift for just $29. This is a pump action Nerf gun, which means it does not require batteries. You can also get a two-pack of pistols for $32.

Crafts are a great way to bring out the artistic side in kids. There are a lot of deals that have been released.

Amazon has a ton of deals on craft projects including an American Girl jewelry making kit. They also have sketchpads and brush pens on sale for those who like to draw. Craft projects can provide endless hours of fun while having an educational component to them.

It’s hard to imagine what’s more fun than playing in a sandbox. Luckily, Amazon has a toy just for this purpose.

The John Deere 15″ Big Scoop Dump Truck is selling for just $20. It comes with four items including a dump truck. This is a great way to get kids outside and away from electronics.

These toys will teach your kids new skills and give them an edge.

The Anker Cozmo is one of the hottest Christmas toys of the year. It is normally priced at $179, but you can get it for $139. That’s a $40 savings. The robot interacts with a smartphone application that has a ton of features to interact and play games with the robot. The robot has a lot of personality and feels alive. You can program the robot to do a lot of different things which can help teach your kids how to code.

The Learning Resources Activity Set is selling for $39, down from its retail price of $59. It teaches kids about coding in a simple and fun way.It has a large number of maze pieces that can be arranged in numerous ways.

The Osmo Genius Kit makes your iPad a learning tool. It covers topics such as visual thinking, problem solving, and creative drawing. It’s designed to have activities for kids between the ages of 5 and 12. It was voted as toy of the year in 2015 and it makes learning fun.

There are numerous deals on toys that you can buy on Amazon. Quantities on Christmas toys are limited and some products are sure to run out of inventory. You should order as soon as possible so that your items arrive before Christmas. These Christmas toy deals can end anytime.

Amada Pearson
I've always been interested in tech and I've been writing about it for 6 years. I love reporting on what is new and sharing it with you.
0 comments
Share now:
17 Shares
YOU MAY ALSO LIKE
SEE MORE