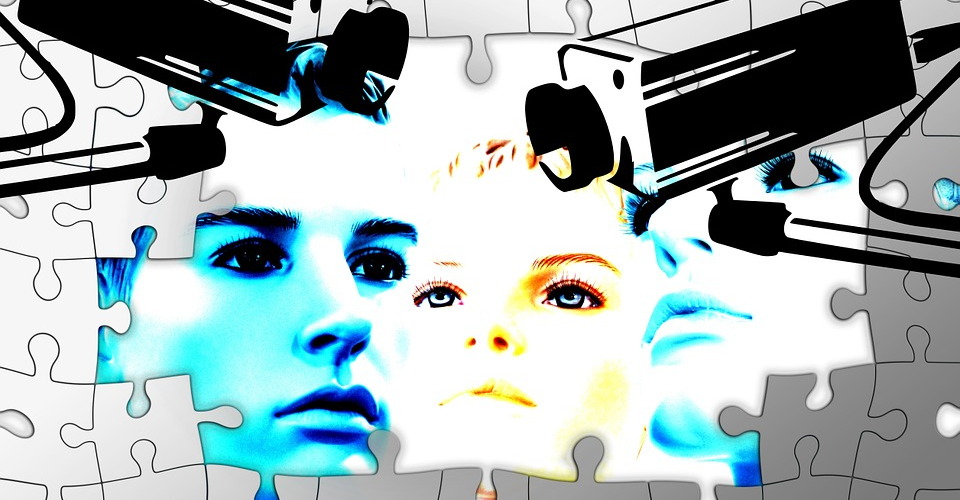 The Best Ways for How to Detect Hidden Cameras

by Joseph Flynt
Posted on September 7, 2019
19 Shares
3D Insider is ad supported and earns money from clicks, commissions from sales, and other ways.
DJI has just released the Mavic Air 2. See all of the specs here.

A few months ago, South Korea was shaken by news reports of hidden cameras being reported in hotel rooms, leading to more than 1600 guests being filmed. Even worse is the fact that their intimate moments had been live-streamed to an audience of paying customers.

Such incidents have proven that looking for hidden cameras in unfamiliar places is no longer just something that paranoid people do – it’s something that we should all be aware of. It may not be instinctive for many people, but it only takes a few minutes of scanning

Where should you be checking for hidden cameras?

Security cameras are no longer unusual nowadays, whether it’s for your home, office, or a store you frequent. They provide a way for homeowners and business owners to monitor the activities in a location even when they aren’t physically present. In the event of a burglary, having good security footage can greatly help law enforcement catch the perp.

However, there are places where you should be able to expect a good degree of privacy, such as bedrooms and bathrooms. Video surveillance is also only acceptable as long as it is done with the knowledge of the people being recorded. Thus, any hidden camera is prohibited recording you without your consent in a location with a reasonable expectation of privacy.

With those considerations, there are certain spots where you should be particularly wary of hidden cameras.

1. In hotel rooms and AirBnBs 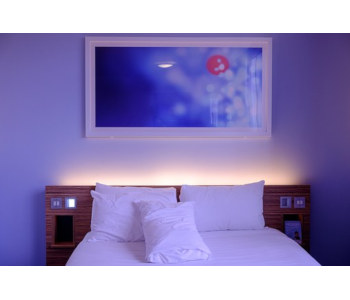 If the anecdote at the start of the article wasn’t enough to convince you, then we’ll stress it further. Airbnb has also come under fire for multiple accounts of guests finding hidden cameras in the homes and apartments that they have rented, all of which they did not consent to. This phenomenon isn’t exclusive to budget accommodations, either, as evidenced by a woman finding herself being filmed in the shower in the Hilton back in 2018.

The point is that any hotel room or Airbnb, no matter how fancy, is still a place you are unfamiliar with. These rooms are owned by strangers who you should not put your absolute trust into. With just a couple of minutes of scanning for hidden cameras, you can make sure that your privacy is protected during your stay.

2. In changing rooms and bathrooms 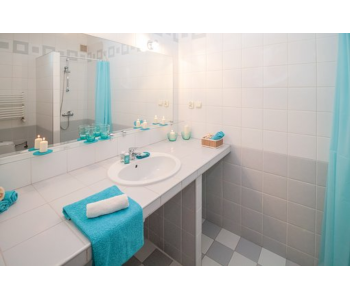 While security cameras are now a common feature in most offices, storefronts, and warehouses, business owners are still prohibited from recording their employees without their consent. This means that having any security camera that isn’t highly visible can still be considered a violation of employees’ privacy. Again, this is a case where you don’t owe anyone your utmost trust – even your bosses or the owner of your company. It’s not unreasonable to practice a little bit of due diligence, especially in a place where you spend at least 8 hours of your day in.

Tips on looking for hidden cameras

The following are some of the best tips we have for detecting hidden cameras anywhere. These methods don’t require any special equipment outside of what you typically have in your bag or pocket. Even without any technology, don’t forget that the most important detection tools you have are your eyes, ears, and a general intuition for how voyeurs operate.

1. Know where to look

People who install hidden cameras have a large bag of tricks, but their methods are still limited. Although hidden cameras have become smaller than ever, they are still concealed pretty much using the same methods. If you’re coming into a hotel room for the first time, these are the usual spots you should be on the lookout for:

It’s a pretty long list of things to check, but there are two aspects of hidden cameras that can help give them away: they need power, and they need to communicate. Thus, you should be on the lookout for suspicious wires or any plugs connected to an outlet that don’t seem to be powering anything important in the room.

Another aspect of hidden cameras that can help narrow down your search party is placement. For a hidden camera to fulfill its purpose, it needs to have as wide of a perspective of the room as possible. This means that you should start your search on the corners of the room. In the case of hidden microphones, these would probably be located near the middle of a room.

Lastly, you might want to scan the room for anything that’s out of place. Does your small room have more than one smoke detector? Is there a power strip located in a spot where there are no installed electronics? Once you making a habit out of scanning your room for out-of-place objects, it becomes more intuitive to look for hidden cameras in any setting. 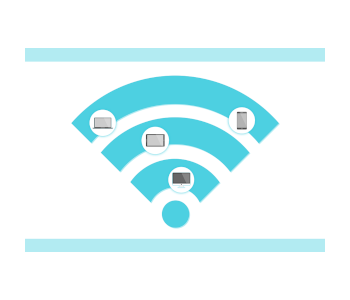 This may not work for security cameras that don’t have WiFi capabilities, but if you suspect that someone is actively monitoring your room, then there’s probably a hidden camera connected to the local WiFi network. This can be easily done using your phone.

You’ll probably need to sort through quite a lot of devices and networks when you scan for WiFi devices but the easiest way is to look for an unusually strong signal. This means that the device emitting the signal is just nearby – probably in the same room as you. If you can’t seem to identify that device physically, then that’s a huge red flag right there.

Most people don’t bother changing up the network names of devices before they use them. In most cases, the default network name of a device pertains to its brand. You can use this fact to your advantage by searching for the network names of any suspicious device connected to your WiFi network and checking if they are, indeed, related to a brand of security cameras.

If you find such a device in your room, then you need to be careful about your next course of action. Chances are good that the hidden camera is being used for real-time surveillance.

3. Use your phone to look for infrared light 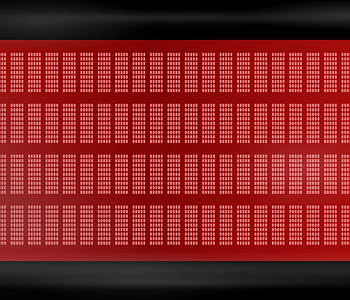 Many modern phones have cameras with a built-in feature that allows them to detect infrared light that is otherwise invisible to the naked eye. Fortunately for us, this same feature can be used to look for hidden cameras that emit infrared light for better vision in low-light conditions. To test if your phone camera has this feature, simply point it towards a standard TV remote control and press any button. Your camera should display a brief flash of white, which is its way of visualizing infrared light. Check both the back and front-facing cameras of your phone – it’s possible that only one of them has this feature.

Once you’ve verified that your phone camera has this feature, then checking for hidden cameras is just a matter of scanning your room with your phone. It’s also best to do this with the lights off, although you might not have this luxury if you’re scanning in a bathroom or changing room. In any case, you should still be able to detect the telltale flash of infrared light.

The best thing about doing this method in a dimly lit room is that you can detect hidden cameras even when they are far away.

4. Scan for interference by making a phone call

Any hidden camera that transmits a real-time video feed will emit a small electromagnetic field that can interfere with nearby devices. You can use this to your advantage by making a call in your phone and slowly walking around your room. Take note that there is a large host of electronics that can emit a similar interference, such as radios and televisions. For best results, turn off all other appliances in your hotel room before doing this method.

Once you’re in a call, you should be able to hear a slight buzzing or crackling should you walk near a hidden camera. This will give you an idea of the camera’s general location. Although it won’t be anything specific, it can at least help you narrow down your search area.

One thing about lenses that can help you find them is that they reflect light. To detect these lenses, you’ll only need a flashlight and an empty tube of toilet paper. Start by turning off the lights in your room and scanning around the room with the flashlight while looking through the room through the toilet paper tube. A camera lens should emit a very strong reflection from your flashlight, which should be much more visible when viewed through the tube and in total darkness.

What to do when you find a hidden camera

Finding a hidden camera, no matter where you are, can prove to be a disorienting experience. To make sure that you react in the proper manner to protect yourself, you need to know what to do before the situation calls for it. If you do manage to find a hidden camera, then make sure to follow these steps:

1. Don’t move or touch the camera

The camera may still bear the fingerprints of the person who installed it, so don’t make any attempt to move or touch it. At this point, it can be considered evidence of a crime.

2. Take pictures of the camera

Someone may be actively watching you through the camera and may already know that you have found it. In this case, the camera might disappear as soon as you leave the room. This means that you need to have photographic evidence of the transgression. Take several photos of the camera from different angles.

3. Move out of the way of the camera

As soon as you discover a hidden camera, you should assume that the person behind the camera also knows about your discovery. Thus, it’s in your best interest to prevent them from knowing the next steps you take. Everything else you do after this point must be done away from the field of view of the camera. This includes moving all of your stuff away from the camera, especially if you found it in your hotel room. You should be getting ready to move out, in any case.

Once you’ve gathered evidence and moved yourself to a safe location, it’s time to inform law enforcement about your findings. Brace yourself, because it’s going to be a big deal and you can’t turn back at this point.

When it comes to acts that violate our privacy, being recorded by a hidden camera in intimate places is considered as one of the worst. Although the loss of privacy seems to be one of the consequences of the degree to which we have allowed modern technology to run our lives, we don’t necessarily have to tolerate the fact.

We have listed down some of the ways in which other forms of technology that are common to us can be used to protect ourselves from hidden cameras. However, we shouldn’t forget that the best tools to use in any situation are our senses and constantly active awareness of our surroundings.