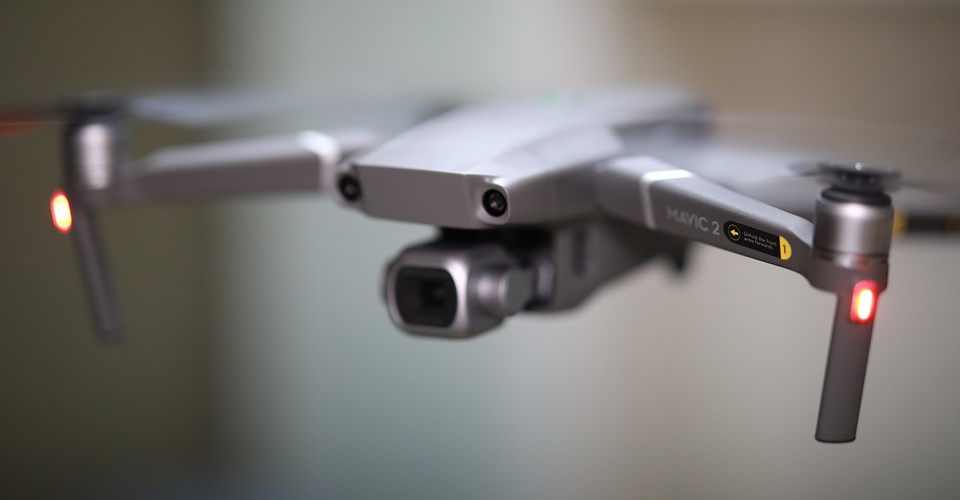 DJI to Add AirSense Aircraft Detection Technology to All Their Drones

by Joseph Flynt
Posted on May 27, 2019
23 Shares
3D Insider is ad supported and earns money from clicks, commissions from sales, and other ways.
DJI has just released the Mavic Air 2. See all of the specs here.

Airspace safety has been a priority for both drone manufacturers and governments institutions. On the side of the FAA, relevant legislation has been developed, repealed, and revised so many times in the past couple of years to promote safety without hindering the growth of the commercial drone industry.

Drone manufacturers have also started to step up to this advocacy, with global leader DJI at the forefront. As part of DJI’s initiative to promote airspace safety, they have just recently announced their plan to build aircraft detection technology into all of their drones. How does this technology work, and what does this latest development mean for drone pilots?

Starting January 1, 2020, DJI will start to equip all of their drones that weigh more than 250 grams with AirSense technology. The product of more than 30,000 hours of research and development, AirSense had previously been an exclusive feature in some of DJI’s enterprise level models such as the Mavic 2 Enterprise and the Matrice 200 series. With this move, DJI helps in elevating safety standards by implementing the same level of safety and security even in their consumer and prosumer series of drones.

AirSense uses the Automatic Dependent Surveillance-Broadcast (ADS-B) technology to improve drone pilots’ situational awareness when sharing a crowded airspace. With ADS-B receivers installed in all DJI drones, drone pilots will receive real-time notifications on whether there are any nearby aircraft and an indication of how close they are. This information will allow drone pilots to yield right of way to larger aircraft and avoid any close calls.

What is ADS-B and what are its benefits?

ADS-B is a system of aircraft surveillance used worldwide. While it hasn’t been adopted by the majority of the countries, it has become an essential component of airspace safety in the US, Canada, Australia, India, and many countries in Europe.

There are two services in ADS-B. “ADS-B Out” refers to aircraft with radar transmitters to let other aircraft know of their presence and distance. Aircraft with ADS-B In” receivers can then receive these signals and make the appropriate course correction if needed.

For AirSense, DJI will equip all their drones weighing more than 250 grams only with an “ADS-B In” module. This means that, while they can receive signals from any nearby manned aircraft, the drones themselves will not be transmitting their own signal. This was a good move on DJI’s part, as most drone pilots are private people who like to fly their drones from their own backyard. These people aren’t likely to be eager to broadcast their locations to everyone in the vicinity. With so many drones flying around nowadays, equipping them with “ADS-B Out” modules can easily overwhelm the system and make it hard to navigate.

There are a couple of benefits to making use of ADS-B technology for DJI AirSense:

ADS-B was a good choice for AirSense, as it’s a firmly established technology with a network that is already being used by all aircraft in the US. It’s a reliable technology that has already been intergrated in all air traffic standards. Thus, there’s no need for DJI to build a system of situational awareness from the ground up.

Signal transmission and receiving using ADS-B technology is fully automatic. There is no need for user intervention, practically eliminating the human error factor. The location of the aircraft and its estimated ground speed is derived from an onboard GPS module. This system is vastly superior to the traditional method drone pilots merely relying on their vision and hearing to detect if there’s a nearby aircraft.

3. Provides an indicator of distance

Aside from giving notifications when there’s an aircraft nearby, the ADS-B receiver also provides a rough estimate of just how close the aircraft is. Based on the ADS-B interface of the DJI Matrice 200, the following indicators will be visible to the drone pilot:

There’s no word yet on whether the same system will be used for the other drones such as the Mavic Pro and Spark, but we expect something similar.

Will AirSense force the drone to land when there’s a nearby aircraft?

No, the AirSense system does not have a built-in function that will force a drone to land even when there’s an incoming airplane. DJI trusts that drone pilots will have a better awareness of where and when to land their drones to maximize the safety of people on the ground, the property of others, and the drone itself.

In some ways, DJI AirSense does not do anything to stop drone pilots from getting into a drone-related close call or accident. However, it gives drone pilots enough information to avoid them. Should an accident or close call still happen despite AirSense, then the drone pilot will be even more liable than ever.

Making the moves to a safer airspace

Along with the announcement of fleet-side AirSense, DJI released a 37-page white paper outlining their effort on safety improvements and their recommendations for how various private and government firms can contribute. Among their most important suggestions is for all drone manufacturers to implement geofencing and remote identification features in their drones, and for local authorities to respond to drone-based threats with as much urgency and seriousness as other violations of the law.

On DJI’s part, they have committed to forming an Internal Safety Standards Group who will focus on complying with regulatory requirements and customer expectations when it comes to airspace safety. They also aim to develop a new automatic warning system for drone pilots who are flying their drones at an extended distance.

The announcement of DJI AirSense has generally been well-received, the consensus being that it’s a step in the right direction towards improving airspace safety. If other drone manufacturers follow suit, then it should have a positive effect on promoting safety consciousness among drone pilots. It will also help in the matter of government regulations, as government firms might recognize the self-regulating nature of the drone community.

As the safety of drone use is still a hotly debated topic, we fully expect AirSense to be only one of the many technology-related steps to improve airspace safety. There have already been talks of how this measure doesn’t exactly deter intentional misuse of drones, such as the one we’ve seen recently in the Gatwick Airport. Until the drone community shows full responsibility and accountability for where and when they fly their drones, these safety-related measures will continue to develop.