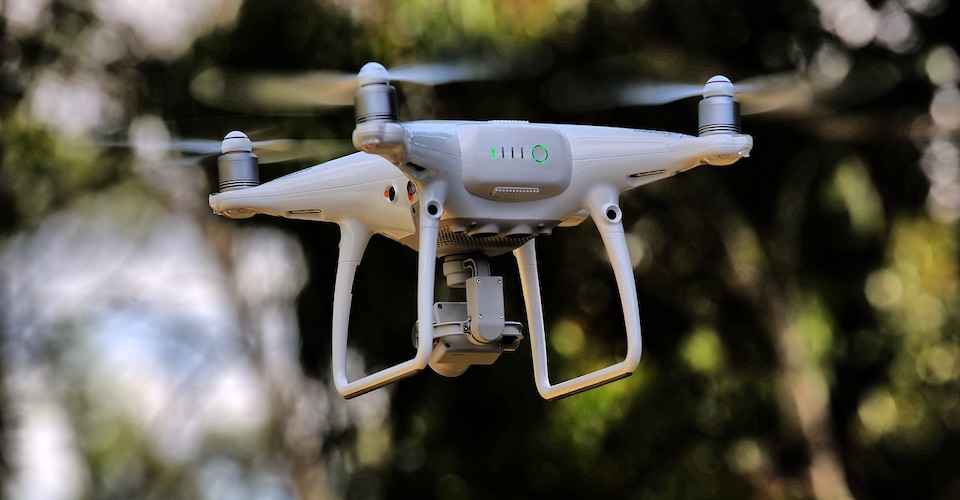 What is the ATTI Mode in DJI Drones?

by Joseph Flynt
Posted on January 30, 2019
17 Shares
3D Insider is ad supported and earns money from clicks, commissions from sales, and other ways.

As drone technology becomes more and more sophisticated, new drones are also becoming smarter. Drones are now getting equipped with more sensors that allow them to do autonomous functions, such as obstacle avoidance and intelligent routing. Still, there is no replacement for good old piloting skills just in case all these sensors fail.

A good instance of sensors not fulfilling their supposed functions is when DJI drones go into ATTI mode. If you own a DJI drone, this is a mode that you have probably seen activated and perhaps struggled with. What exactly is ATTI mode and when is it triggered? Should you continue to fly when your drone goes into ATTI mode? All those questions and more will be answered in this article.

What is ATTI Mode?

Simply put, ATTI Mode stands for “attitude mode”. As its name implies, flying in ATTI mode relies greatly on the directional attitude of the drone, or the direction in which it is pointed. ATTI mode is commonly triggered when the drone loses GPS connection, such as during the first few seconds when the drone has just started up.

ATTI Mode can also be triggered when its internal compass malfunctions, which may be caused by a nearby magnetic source or any large metallic structure. When this happens, the compass will typically need to be recalibrated before the drone can fly again.

Without a GPS connection, the drone cannot hold its horizontal position. This means that it is prone to drifting along with the wind. The drone can still hold its vertical position by using its built-in barometer. However, horizontal movement will be completely yielded to the drone pilot. Auto-braking is also deactivated in ATTI mode, and the drone will carry some inertia before it comes to a stop.

Drones going into ATTI mode can be particularly problematic for new drone pilots. Without the help of a GPS or any visual positioning system, it can be very easy to get into a crash. Orienting the drone and getting the right directional attitude can also be quite challenging, especially when the drone has flown too far away.

It’s very interesting that although new pilots typically have a problem with drones that go into ATTI Mode, expert pilots prefer it to a GPS-controlled mode. What is the reason behind this contrast of mindsets? Is flying an ATTI mode something a drone pilot should be afraid of or something they should be getting used to?

How does it differ to the other flight modes?

In order to understand the intricacies of the ATTI Mode, it is worthwhile to look at the more “standard” flight modes that DJI drones operate on. DJI flight modes are often prefixed with a “P”, which stands for Positioning mode. This means that the drones make use of its array of sensors to help it identify and maintain its position.

Under ideal circumstances, a drone will be in P-GPS Mode. In this mode, the drone uses both GPS positioning and vision positioning, allowing it to maintain its horizontal positioning by counteracting drifts caused by the wind. Depending on the model, a different number of visual sensors also help the drone identify and avoid obstacles in its surroundings.

If the drone loses its GPS connection but can still identify objects using visual sensors, it goes into P-OPTI mode. However, optical sensors can fail when it’s extremely dark, or when they are faced with highly reflective surfaces or surfaces with repeating patterns. Moreover, P-OPTI mode will deactivate when the drone flies above 3 meters, as its downward facing sensor can no longer detect the bottom surface.

Another oft-used mode in DJI drones is Sport mode, which allows the drone to fly at its maximum speed. This mode deactivates all safety features, including visual and infrared systems. The GPS sensors are still used to enhance flight stability, given that the drone can secure a GPS fix.

Why is ATTI Mode associated with flyaways?

ATTI Mode has earned a bad reputation due to its frequent association with drone flyaways. Flyaways happen when the drone gets out of control of the pilot, commonly resulting in the drone flying further than intended.

Drone flyaways commonly occur when the drone suddenly loses its GPS connection and goes into ATTI Mode. For new drone pilots, this can be a very unexpected situation which they don’t know how to react to. Without GPS guidance, there is no way for a drone pilot to active its automatic return-to-home function. The drone also loses any horizontal stabilization, meaning that it can very easily drift with strong winds.

When the drone shift into ATTI Mode, it can only fly relative to its directional attitude. This sudden change in orientation can be quite jarring to the drone pilot, and it could take some time before they can orient themselves to the drone’s direction. During this adjustment period, the drone pilot is left helpless, unable to determine how to fly the drone home.

What are the advantages of flying in ATTI Mode?

Flying in ATTI Mode reduces the usual jerkiness caused by the constant corrections being made by the GPS technology to stabilize the drone’s horizontal position. The lack of auto-brake features also means that drones come into a slow and smooth break, carrying over some inertia before the drone naturally stops. These effects results in generally smoother drone footage. For many professional drone filmmakers, flying in ATTI Mode is pretty much a given.

Experienced drone pilots often advice new pilots to get used to flying in ATTI Mode. Practicing in ATTI Mode is merely prudent, given that GPS signal dropouts will inevitably occur in the course of drone flight. Flyaways happen only because drone pilots do not know how to react when their drone suddenly goes into ATTI Mode. With the right amount of practice, a pilot will get used to flying against and along with the direction of the wind.

For many professional drone pilots, being able to fly indoors has become a necessary skill. Whether it’s for capturing footage for a live event or for real estate advertising, indoor flight is a valuable addition to the skillset of any drone pilot. Naturally, flying indoors will mean that the drone will have no GPS connection. The lack of horizontal stabilization can make your drone drift even in the presence of light winds from an indoor ceiling fan or a breeze from an open window.

Although your DJI drone might have an array of visual sensors for obstacle identification, wayward drifting may still be a challenge for its autonomous obstacle avoidance system. Thus, it is still best to develop your piloting skills to a level that will allow you to fly indoors in ATTI Mode.

Which DJI drones have ATTI Mode?

DJI Phantom drones, being designed for professional photography and filmmaking, can be put in ATTI Mode with a flick of a physical switch on the remote controller. This is a widely used and well-known feature that has made the DJI Phantom drones one of the most popular professional-grade drones through the past few years.

Consumer-level drones, such as the Mavic and the Spark, also come with an ATTI Mode. The main difference is that they cannot be activated manually. Instead, these drones automatically go into ATTI Mode when they lose their GPS connections. This is the reason why there have been a lot of drone flyaways due to ATTI Mode – without the provision to manually switch to ATTI Mode, pilots of these drones are often caught by surprise and do not know how to react.

However, a workaround has been developed recently for the owners of Mavic and Spark drones who want to fly in ATTI Mode on Purpose. Using the DJI Assistant 2 software, the drone pilot can switch out one flight mode – usually Sport – and replace it with ATTI Mode. This effectively remaps the flight mode options of these drones, finally allowing manual ATTI Mode activation. This configuration in all Mavic drones, including the newly released Mavic 2 models.

How to fly in ATTI Mode

Flying in ATTI Mode takes a little getting used to, and these are the usual tips we have received from experienced drone pilots:

1. Practice on a cheap drone without GPS

Although it may be tempting to active ATTI Mode on your DJI drone right away, flying in ATTI Mode right away without practice is pretty much asking for an accident to happen. For a low-risk method of practicing, we recommend using a cheap toy drone. Toy drones typically do not have any GPS modules, and their small sizes make them very vulnerable to drifting. The skill of compensating for wind direction is very valuable and something you will need once you fly your expensive drone in ATTI Mode.

2. Orient yourself immediately (use camera, keep within VLOS)

The other challenge when flying in ATTI Mode is being able to orient yourself to the drone’s directional attitude. Should you fail in this aspect, there is practically no chance that you will be able to fly your drone safely home.

The most immediate option to get oriented to the drone is to fly using the drone’s real-time video feed. If you can find certain landmarks that will point the drone towards your direction, then you can probably navigate it home rather easily.

Another option is to determine the orientation of your drone visually. Obviously, this gets harder the farther the drone is. Should your drone go into ATTI Mode and you find yourself unable to determine its orientation, the best course of action is to go as close to its as possible. When you get a sense of your drone’s directional attitude, it becomes so much easier to fly it towards your intended direction.

It may seem counterintuitive because you want to land your drone, but many experienced drone pilots recommend getting your drone to gain altitude. There is some good reasoning behind this. Getting your drone higher up means that it is less likely to crash into any obstacle. It also means that it gets into better position to regain its GPS connection, allowing you to fly normally again.

Activating Tripod Mode is recommended when flying your drone indoors in ATTI Mode. Flight controls are dampened in Tripod Mode, allowing you to make finer movements negotiate the smaller and more constricted environment. It is also assumed that there is less drift when flying indoors, so you won’t need to compensate as much.

Flying in ATTI Mode can be considered a double-edged sword: while it provides better quality video footage for professional drone photographers, it also often results in drone flyaways. In any case, learning to fly in ATTI Mode is a worthwhile exercise for any drone pilot. GPS dropouts and compass malfunctions are inevitable, especially considering how many sources of signal interference there are in an urban environment. Even large natural structures, such as cliff walls and trees, can prevent a drone from getting an accurate GPS fix.

Learning to fly in ATTI Mode is so critical that many experts have said that it can one day save your drone. Given how many instances of drone flyaway are reported due to GPS dropouts, we find it hard to argue with this declaration.