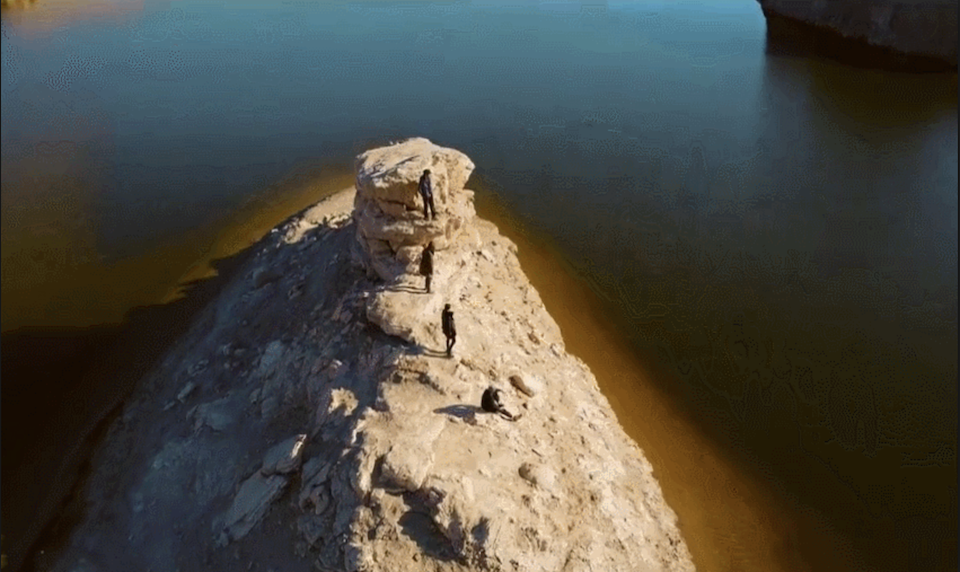 DJI Cinematic Mode – How does it work?

by Joseph Flynt
Posted on February 22, 2019
17 Shares
3D Insider is ad supported and earns money from clicks and other ways.
DJI has just released the Mavic Air 2. See all of the specs here.

Drone photography has been one of the primary driving forces for the increasing popularity of drones. With drones, hobbyist and professional photographers can capture stills and videos that were previously impossible. Further enhancing the capabilities of drone photographers is the fact that drone manufacturers have come up with innovative and creative flight modes specially designed to provide opportunities for easy and unique photography.

Preferences vary, but DJI’S Cinematic mode is a huge favorite among the drone photography community. What makes this flight mode so special? Should you be using it? How can you make the most out of it?

What is Cinematic Mode?

Cinematic Mode was designed so drone photographers can capture smoother and more controlled videos. It is essentially a cross between Positioning Mode (P-Mode) and Attitude Mode (Atti mode), which combines longer braking distance with GPS-guided flight stability. By retaining GPS guidance, photographers can enjoy the benefit of a smooth flight without losing horizontal stabilization.

Cinematic Mode takes the best features of P-Mode and Atti mode and combines them to form an arguably superior flight mode. Under Cinematic Mode, flight motion is more controlled, braking is gradual, and the drone isn’t as slowed down as in Tripod Mode. To achieve this, Cinematic Mode makes a few pre-set tweaks in the drone’s settings

The biggest difference when flying in Cinematic Mode is the fact that the drone gradually comes to a stop the moment you take your hand off the analog stick. The difference is huge, considering how the Mavic drones normally come to a full and sudden stop under P-Mode. In this regard, Cinematic Mode acts very similar to Atti Mode and Tripod Mode.

The improvement in the quality of the videos shot in Cinematic Mode massively improve with just this small modification. Videos come out smoother, less jittery, and without the nauseating effect of sudden changes in motion.

The longer braking distance in Cinematic Mode is complemented by a slower yaw movement – about 50% slower than the regular settings. Yaw refers to the rotation of the drone along a vertical axis. The slower yaw movement looks great when panning across the scenery. The enhanced smoothness of the panning motion gives the resulting video a ‘cinematic feel.’

3. GPS-stabilized gain in every direction

It can be argued that smoother drone flight can also be achieved using Atti mode, which disables GPS stabilization to achieve smoother and jitter-free videos. The downside of using Atti mode is that it requires a high level of flight skill to be constantly compensating for wayward motion caused by winds. You also have a higher chance of getting into crashes when flying in Atti mode, since the mode disables all obstacle detection systems.

Cinematic mode offers smoother videos without the same level of risk and high skill demand of Atti mode. With GPS stabilization activated, the drone auto-compensates for horizontal drifts. Although this can result in slightly jittery videos, it also makes the flight mode more accessible to beginner pilots.

Another mode which drone pilots commonly use to achieve smoother videos is Tripod Mode. This mode works by severely reducing the gain of the drone movement, slowing it down to a very low-speed setting. While this mode is great for taking indoor or ground-level shots, it’s just not fun flying at a high altitude with such a slow pace. With Cinematic Mode, you can still move at the same speed as P-Mode, allowing us to fly farther and cover more area in your videos.

How do I activate Cinematic Mode?

Although flying in Cinematic Mode is much easier and safer than in Atti Mode, it still comes with more risks than usual. To make sure that your dreams of becoming a great drone photographer don’t crash along with your drone, then follow these tips:

If you are still a beginner drone pilot, then don’t skip steps and jump into Cinematic Mode. GPS stabilization makes flying in Cinematic Mode easy, but the increased braking distance gets some use to. By taking the time to be comfortable with the controls and be familiar with how your drone flies, you can better anticipate how it will perform in Cinematic Mode.

Although it would be tempting to take use Cinematic Mode to take ground-level drone shots, we recommend that you use it exclusively at higher altitudes or in areas free of obstacles. The longer braking distance makes it very difficult to predict just how far your drone can travel the moment you let go of the control sticks.

No mechanism stops the drone in its track, except for its naturally diminishing momentum. We have seen drones overshoot more than 5 meters, depending on how fast it was going to start with. The wisest thing to do would be to only activate Cinematic Mode in an area where you are unlikely to crash into any obstacles.

Tail-winds are usually great for drone flight, allowing you to cover greater distances using just a fraction of the drone motor’s output. However, they can be deceptively dangerous if you’re flying in Cinematic Mode. Since a drone in Cinematic Mode can only come to a gradual stop, moving faster will mean that it will cover a larger distance before coming to a full stop. This makes the braking distance larger and even more unpredictable. If you’re flying in during a particularly windy day, consider this increased braking distance and steer clear of any potential obstacles.

No matter what direction the evolution of drone technology may go, there is no doubt that drone photography will remain popular. Whether as a hobby or as a profession, taking aerial photos and videos is one of the most interesting things you can do with your drone.

Aside from the advanced functions and flight modes that come with most modern drones, increasingly better-quality cameras are being released with drones, further enhancing the potential of drone photography. Cinematic Mode is only one of the many flight modes available in DJI drones. With a little bit of practice, you can also master flying in Cinematic mode and capture videos with unparalleled smoothness.