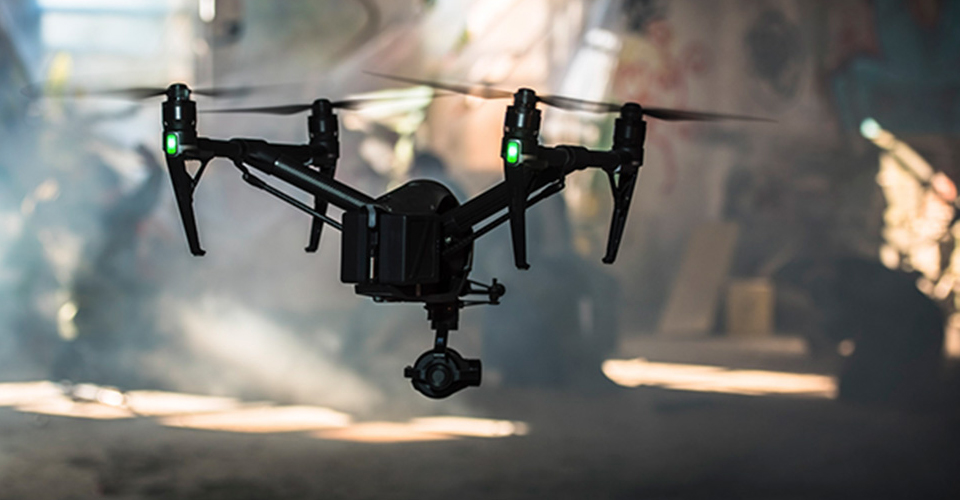 by Joseph Flynt
Posted on March 24, 2019
13 Shares
3D Insider is ad supported and earns money from clicks and other ways.
DJI has just released the Mavic Air 2. See all of the specs here.

The Inspire series was somewhat of a milestone for drone users because it was the first time that the drone users were able to choose the lens that they wanted to use on the drone camera. Since the Inspire 1, the product range has evolved and the latest model that DJI has come out with is the Inspire 2.

The Inspire 2 drone is a definite improvement on the Inspire 1. It is equipped with a camera that can shoot 6K video. Other camera choices include the 5.2K capable Zenmuse X5S. The Inspire 2 also has a better navigation system, a more advanced obstacle tracking system, and a higher-stamina 2-battery power system.

Owning professional drones with high-end features is not a risk-less venture. Pilot errors, battery failures, and other problems can be costly. The DJI Inspire 2 seems to address all those problems quite well. However, there are some chinks in its armor as well. Let us look more closely at the Cons and the Pros of the DJI Inspire 2 and how they stack up against each other.

The following are the specifications of the DJI Inspire 2 drone:

The two video compression formats namely Cinema DNG and Apple ProRes, which are necessary for filming high-end video, achieving 20fps, and shooting 5.2k or above require license keys for activation.

In order to do professional video editing, having a 5.2k RAW file is essential. In short, if you want to utilize the full potential of your DJI Inspire 2, then you need the license keys to Cinema DNG and Apple ProRes. The cost is quite high at $1500 and is definitely a downer.

The rather cumbersome requirements of Cinema DNG and Apple ProRes do not end with license keys. In order to utilize these video formats, you also need SSD memory cards. A microSD card can only record non-Apple-ProRes and non-Cinema-DNG formats at slow burst rates.

The 480GB SSD cards can cost up to $900. We have already spent big money and haven’t even started discussing the drone yet.

In order to quickly and efficiently transfer to your computer the large-sized special format raw video files that your DJI Inspire 2 has recorded, you need a CINESSD Station which will cost you another $189. So, you have now spent about $2500 just to get the video recording and memory sorted out.

No backward compatibility with other components

While the remote controller isn’t backward compatible with previous Inspire drones, neither are the batteries, filters, or even the propellers.

While Inspire 2 is a professional-grade drone, it does not have side or back obstacle sensors. If you are shelling out $2999 on a drone, then you would expect to have those sensors on board.

A flight time of 27 minutes is too short for any kind of serious videography/photography project. A short flight time means you need backup batteries. Normally, you would want at least 2 sets. Each set will have two batteries, and each battery costs $159. You will have to continue adding more costs to your budget.

Now that we have the disadvantages and the cons out of the way, let us look at some of the pros that make the DJI Inspire 2 such a compelling choice.

The ability to shoot 5.2K and even 6K is a major plus point. The ability to record in Cinema DNG and Apple ProRes format is also a plus for people who want to perform high-end editing on their video. Serious professional users will appreciate the quality of video that the DJI Inspire 2’s X4S, X5R, and X7 cameras can output.

The Inspire 2 can hit a top speed of 58 mph and can accelerate from 0 to 50pmh in a mere 4 seconds. That makes it one of the fastest drones in the market. If you are shooting moving objects or action footage, then such speed and acceleration are both critical.

The Inspire 2’s body is made using a magnesium aluminum composite material. This kind of design not only gives the drone a sleek look, but it also gives it high durability. The arms of the drone are made from real carbon fiber rather than a lightweight carbon wrap. The high-quality material used in the Inspire 2 makes it quite sturdy and stable.

Another great feature about the battery system is the presence of in-built battery warmers. When you use your drone in a cold environment, there is always the risk of wasting valuable shooting time trying to warm up the batteries which may have gone cold. While you warm your batteries, you might lose the light which is necessary for the perfect shot.

The use of dual IMU and barometer means that the flight data is more accurate and the flying has more precision to it. You can confidently fly in a perfect straight line for shots that need such stability and accuracy. Having dual components also adds redundancy to the flight control system. The GPS system in the Inspire 2 uses not only the American GPS, but also the Russian GLONASS satellites for more accurate mapping of the drone location.

The Inspire 2 comes with ceiling sensors that can monitor obstacles or surfaces above the drone. This is very useful, especially when flying the drone indoors or under bridges/underpasses. The upward facing infrared sensors on this drone can scan for obstacles that are 5 meters above the drone. There are obstacle detecting sensors on the side of the drone as well. There is also a feature which detects the terrain below the drone.

The Inspire 2 has intelligent flight modes which allow you to perform complex maneuvers and repeat them flawlessly. Such maneuvers normally require years of practice and experience. The Inspire 2 has an active track more which can recognize an object or a person and then track that subject for as long as you want.

Another intelligent more is the TapFly mode where you can tap on any point visible on the screen and set a flight path to that point. The Inspire 2 will then automatically fly along that set route. It achieves this intelligence via a 2-axis FPV camera onboard. The camera separates the main camera view from the flight view and then uses the flight view to follow the preset route.

Another powerful tracking mode is the Spotlight Pro. It allows the drone to focus on the subject no matter what flight path the drone takes. If the gimbal reaches its rotational limits while tracking a subject, then the Inspire 2 drone itself will rotate. The Spotlight Pro allows you to do things which would otherwise require a dedicated cameraman.

The multitude of forward and downward facing vision sensors allows the Inspire 2 to create and map out its flight route in real time. So, if the battery dies or if you reach the limit of the controller range, then the Inspire 2 will return back to you using the same flight route that it mapped out in its memory. While returning, it will watch out for obstacles and avoid them as well. It truly is a “smart” system.

So, there is clearly quite a lot to like about the DJI Inspire 2 drone if you are into professional videography and editing. Even though the cost of owning the Inspire 2 can be quite expensive, as seen in the Cons section, the Pros simply outweigh the Cons if you want serious performance from your drone.

Do note that most of the drone use cases, especially the ones geared towards lighter domestic projects, do not need anything like the level of high-end specs that the Inspire 2 offers. For most of those applications, a cheaper more basic drone can do the job just fine. It is only when a high level of parameters are necessary (or demanded by a client) that you would want to spend big and go for the Inspire 2. When you do spend that money, you probably will not be disappointed.