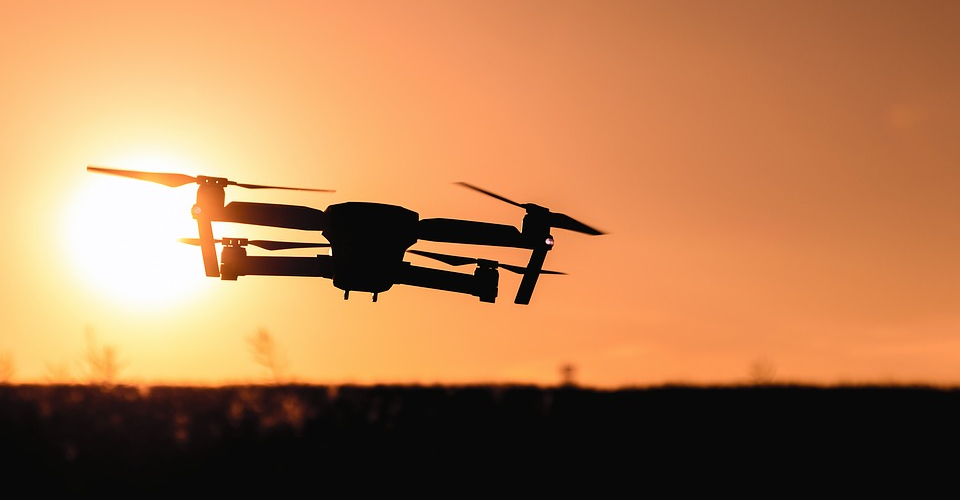 DJI Mavic Air 2 vs. Skydio 2: Which Has the Better Tracking Feature?

by Joseph Flynt
Posted on June 21, 2020
27 Shares
3D Insider is ad supported and earns money from clicks, commissions from sales, and other ways.
DJI has just released the Mavic Air 2. See all of the specs here.

Of the many features of camera drones, subject tracking has got to be one of the most sought-after. Subject tracking allows your drone to identify a subject and keep it in focus on the camera as it moves. It’s an excellent way to capture highly dynamic videos while biking, trekking in the mountains, or surfing waves.

In the past few years, drone manufacturers have put a lot of effort to come up with the most reliable subject tracking feature possible. In the landscape of this new competition, two names have risen to prominence – DJI’s Mavic Air 2 and the Skydio 2. Which drone has better tracking? Let’s take a deep look under the hood of each one.

Skydio is a name that hardly needs an introduction when it comes to the field of subject tracking. The first drone from the company, the Skydio R1, was considered a breakthrough in autonomous drone flight. With an array of six cameras generating a “Voxel View” of its environment, the Skydio R1 left all other drones in the dust when it came to performance while tracking a subject.

This early success certainly contributed to the high expectations for the Skydio 2. Sporting a more familiar form factor, the Skydio 2 looks just like a standard ultra-portable drone but is equipped with six 4K navigation cameras and an NVIDIA Tegra TX2 processor.

The tracking feature of the Skydio 2 can be activated either through GPS navigation or image recognition. The drone can be operated entirely through a smartphone app, eliminating the need to carry around a bulky remote controller.

An effective obstacle avoidance system is an essential part of any subject tracking feature. After all, a drone flying to keep track of a moving object may run into a lot of obstacles. Not only does the drone need to avoid obstacles, but it must also do so in a manner that allows it to keep the subject in focus. More than just the sensors, the obstacle avoidance system needs to be smart. 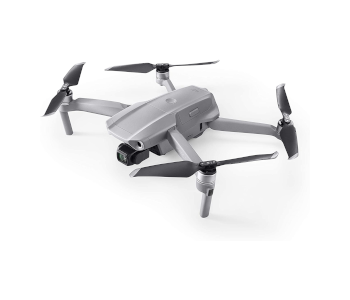 The Mavic Air 2 has obstacle detection sensors at the front, rear, and bottom sides. With this drone, DJI has continued the use of the Advanced Pilot Assistance System (APAS) feature, previously seen in the Mavic 2 series. This is a smart obstacle avoidance that allows the drone to identify obstacles in its environment and generate a trajectory of motion that will allow it to evade the obstacles while keeping track of the subject.

As you may have noticed, the sensors of the Mavic Air 2 do not give it omnidirectional obstacle avoidance. Perhaps to keep the cost of the drone down or to maintain its compact form factor, the Mavic Air 2 lacks sensors on the sides.

This is a pretty significant absence, and its effect is quite palpable in some of the drone’s autonomous flight modes. For instance, the Mavic Air 2 never does a roll when flying autonomously – instead, it always flies at an angle to cover up its blind spot. 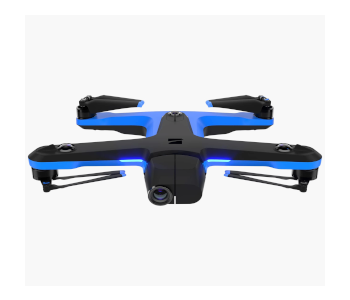 The Skydio 2 uses its array of six hemispherical 4K cameras to continuously build a 3D map of its surroundings. This is hardly new technology and works on the same principle that has made the Skydio R1 the standard of autonomous drone flight. In fact, just about everything about the drone has been designed in the service of the cameras. The battery, propellers, and gimbal have been positioned so that they never hinder the view of the 4K cameras.

All the data from the camera is sent to the powerful NVIDIA TX2 processor, which then generates millions of points in 3D space, practically creating a 3D model of the drone’s surroundings. With this technique, the Skydio 2 does not suffer from having blind spots in the same way that the Mavic Air 2 does.

The limitation of the Skydio 2 lies in its reliance only on optical sensors. With cameras acting as sensors, the Skydio 2 can only see obstacles as long as they are visible. Extremely thin branches or wires, flying over reflective surfaces, and flying in harsh sunlight can all be challenging conditions for the Skydio 2.

Both the Mavic Air 2 and the Skydio 2 primarily use optical recognition to identify a subject. This is done by designating the subject at the start of the flight using the main camera. The process is quite similar across the two drones.

As with old subject tracking features, it is always a good idea to pick a subject that starkly contrasts with the background. Both drones can come up with projected trajectories of motion for the subjects they are tracking, allowing them to continue to keep the subject in focus even if it momentarily becomes obscured by an obstacle. While this is hardly surprising for the Skydio 2, the upgraded ActiveTrack of the Mavic Air 2 has allowed it to keep pace.

One of the biggest benefits of the Skydio 2 is its beacon-based tracking. The Skydio 2 works with a handheld beacon, which is essentially a GPS receiver. By continuously tracking the beacon, the Skydio 2 can follow a subject even in the absence of visual contact. The beacon also doubles as a rudimentary remote controller for maneuvering the drone before the start of an autonomous flight session.

The Skydio 2 keeps its controls simple – it doesn’t even come with a default remote controller. Instead, all the controls you’ll need are accessible via a mobile app. You can fly the drone around manually, pick a subject for the drone to track, and set autonomous flight parameters. The aforementioned beacon is also a huge bonus for those who’d rather not be carrying around large remote controllers.

Most drone pilots know this by now, by flying a drone using touchscreen controls feels very sluggish. The lack of a remote controller for the Skydio 2 only emphasizes the point that this drone was not designed to be pilot manually. Instead, the drone heavily leans on the concept of autonomous drone flight.

The Mavic Air 2, on the other hand, has no such restrictions. It’s not just designed as a tracking drone – it’s an all-around camera drone with about a dozen camera features and flight modes and an included remote controller.

The problem with the controller is that it’s terribly bulky if you just want your drone to fly around with you while you bike along a trail or surf at the beach. There’s also no way for you to operate the drone using just a phone – you’ll have to deal with physically bringing the bulky controller wherever you go.

When it comes to pure subject tracking, the verdict is pretty clear. Skydio has refined their technology so much that we don’t expect any drone to perform at their level for the next couple of years. With the Skydio 2, this brand continues to set the standard for autonomous drone flight. The drone does a very good job of keeping up with its subject while weaving in and out of obstacles in its way.

Speed is also an important consideration – the Skydio 2 can comfortably keep up with the usual bike speeds, so running, skiing, or surfing should not be problematic.

For what it’s worth, the Mavic Air 2 manages to be very competitive in the subject tracking department. The ActiveTrack 3.0 is DJI’s best subject tracking feature yet. The effort to come up with a “smart” system that can predict the trajectory of a subject as it moves has paid off quite well.

However, the absence of side obstacle detection sensors in the Mavic 2 has certainly hurt its autonomous flight features. Not only does this limit the direction at which the drone can fly, but it also creates huge blind spots should the drone be forced to fly laterally.

The real strength of the Mavic Air 2 lies in the fact that it’s NOT just a subject tracking drone. It is considered one of the best prosumer camera drones in the market today with its 4K camera, long flight time, and stellar obstacle avoidance.

The Mavic Air 2 and the Skydio 2 may look similar, but the technology in these drones are oceans apart. Everything about the Skydio 2 was designed in the context of its purpose as a drone that can fly autonomously. With its array of six hemispherical cameras, it was necessary for the Skydio 2 to have an unusual orientation of propellers, minimal landing gear, and propeller arms that are not foldable.

The Mavic Air 2 is an all-around excellent camera drone. It has the foldable arms that drone pilots have come to love, a 4K camera mounted on a mechanical gimbal, and one of the best obstacle avoidance systems available today.

When it comes to subject tracking and autonomous drone flight, the Skydio 2 has a clear advantage over the Mavic Air 2. In terms of all-around performance, however, it’s clear that the Mavic Air 2 has the win.