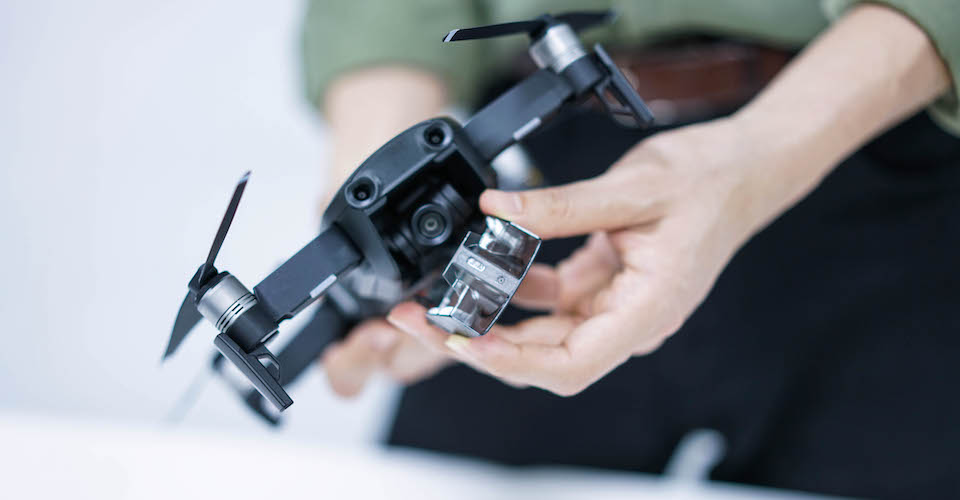 by Joseph Flynt
Posted on January 8, 2019
21 Shares
DJI has just released the Mavic Mini. See all of the specs here.

The original Mavic Pro was released by DJI in 2016, kicking off a whole catalog of ultra-portable drones that continue to be released until today. Although the Mavic Pro has stood the test of time as one of the most reliable ultra-portable drones, it is by no means a perfect drone. One of the most common concerns that continue to crop up among new and old Mavic Pro owners is the dreaded “gimbal overload” error message. What causes this error and how can you solve it? Read on as we attempt to find out.

About the Mavic Pro gimbal

Despite its age, the Mavic Pro has managed to remain relevant until today. After all, it was the first 4K drone that can be folded down and carried in your backpack. Although its popular successors, including the DJI Mavic Air and Parrot Anafi, have managed to improve on its design, the Mavic Pro will always be the classic ultra-portable drone.

True enough, most crashes involving the Mavic Pro have ended in broken gimbals that need to be replaced. It doesn’t even take a major crash to damage the Mavic Pro gimbal. Even careless handling such as folding or unfolding the drone have resulted in the gimbal suffering minor damage.

The gimbal problems of the Mavic Pro don’t stop there. Throughout the years, Mavic owners have reported getting the dreaded “gimbal overload” message. There does not seem to be a single event that precedes getting this error message. Sometimes it happens after a crash, other times it happens after the drone has not been used for a long time. In very rare cases, even the owners of relatively new Mavic 2 drones have received this error message.

Possible reasons behind the error message

What does the error message mean? Simply put, a motor overload means that something is stopping the gimbal from moving the way it normally does. The DJI GO app only recommends that you check if the gimbal clamp has been removed, which isn’t helpful at all. Finding the root cause of this error message has been a complicated matter, as it could be any of a number of things.

Many users have noticed that the brackets that anchor the gimbal to the body of the Mavic Pro tend to come loose over time. The mounting mechanism of the gimbal also has a rubber component that tends to soften and stretch over time, especially under intense heat.

A loose mounting bracket will definitely result in a gimbal motor overload, as the gimbal will end up getting misaligned from its original position. This means that the gimbal will tend to brush against the body of the drone, preventing it from moving within its full range of motion.

The gimbal of the Mavic Pro can get out of calibration after several uses, which can result to a tilted horizon or shaky footage. An uncalibrated gimbal is also prevented from moving at its maximum range of movement, which can lead to a gimbal overload error message. Fortunately, doing a gimbal calibration is probably one of the easiest fixes you can do using the DJI Go app.

For drone pilots who have not touched their Mavic Pro in quite a while, it is easy to conclude that an out-of-date firmware is the cause of the gimbal overload error message. We’re not quite sure how this works exactly, but some users swear that a simple firmware update solved the problem.

How to solve the problem?

With all the possible causes of the gimbal overload error, the fixes that Mavic Pro owners have come up with has become similarly varied. We do not guarantee that any of these fixes work – do them at your own risk. If you are not sure about what you are doing, it is best to let the experts at DJI solve the problem for you.

If you run into the gimbal overload error in the middle of a shoot or while you’re in vacation, then you have very little time or resources to fully address the problem. Creative Mavic Pro owners have come up with this quick fix which everyone admits is only temporary, since it does not address any possible causes for the error.

To do the quick fix, all you need to do is to hold the Mavic Pro sideways and wait for the gimbal to restart. It will go through the motions of testing its full range of motion, after which the gimbal should function normally. There’s no guarantee that it will work, but it’s better than nothing.

Again, this method does nothing to address the underlying cause of the gimbal overload error. This means that the error will almost certainly recur at some point down the line. Once you have the time, it is recommended to come up with a more long-term solution.

2. Check the integrity of the mounting bracket

The moment you receive a gimbal overload error, the first thing you should inspect is the gimbal mounting bracket. The gimbal is mounted on three brackets – two on the front, and another one on the back. The back bracket is especially problematic, as many Mavic Pro owners have not even seen it or know that it exists.

In the case of the rubber element of the bracket getting deformed, you will have to resort to reinforcing the bracket of the gimbal with a soft material such as rubber or foam. There are video tutorials on how to do this, but the objective is to prevent the gimbal from brushing up against the belly of the drone.

The gimbal of the Mavic Pro is especially fragile and delicate. In fact, the gimbal is so delicate that some dust or sand particles can stop it from moving. Some users have found that a simple cleanup of the gimbal does the trick. Just in case you end up landing on a sandy beach, it is best to be ready with a cheap camera cleaning kit.

Any obstacle in the immediate surroundings of the gimbal can put it under unexpected pressure and prevent it from moving at its maximum range. Taking off from tall grass has been shown to be a major reason for gimbal overload messages, although these error messages commonly disappear after about a minute of flight.

For better care and maintenance of your gimbal, it is best to take off from and land on clean and flat surfaces. If this type of surface is hard to come by, then you might need to consider investing in a landing pad. They are not expensive and can prevent further damage to your camera and gimbal setup.

Calibrating your gimbal returns it to the settings and movement range that manufacturers have designed it for. Fortunately, calibration is very easily and quickly done through the DJI GO mobile app. Take note that some users have reported that it can take more than one recalibration cycle for the gimbal overload error to be resolved. In any case, it is always good practice to recalibrate your gimbal regularly.

If you have not flown your Mavic pro for a long time, then perhaps it is time to update your firmware. This can be done through the DJI GO app, although it is much faster to do it through the DJI Assistant 2 desktop software. Firmware updating only takes a few minutes at most and is one of the least effort solutions for the gimbal overload error.

This solution requires a high level of experience in working with electronics, as well a genuine curiosity for how to take apart a drone. Basically, the ribbon cable that runs through the PCB of the gimbal can be easily broken, resulting in a lot of potential error messages. Fortunately, a replacement ribbon cable can easily be purchased and at a very low price.

The real challenge of doing this fix is in taking apart the drone and figuring out how to properly install the ribbon cable. There are several video tutorials on how to do this, but we must stress the importance of documenting what you are doing so you can take a step back in case you make a mistake.

8. Send the drone to DJI for repair

Finally, when you have exhausted all DIY fixes, you have no choice but to defer to the expertise of DJI. If your drone is still under warranty, then you’re extremely lucky. If not, a fix done by DJI can set you back by as much as $400.

This is not the best solution if you are in a hurry, as it can take more than 3 weeks before the drone will be returned to you. The high cost and long turnover of DJI fixes is one of the primary reasons for the high number of DIY fixes for the gimbal overload error.

Considering the high cost of getting a Mavic Pro, it is perfectly understandable when the owners of this drone freak out at the slightest error message. However, this whole debacle points to a problem that appears to be more prevalent than what we have discussed in this article. Several Mavic Air owners have reported the same problem. In a slightly more concerning twist, gimbal problems have plagued even the newly released Mavic 2 Pro and Mavic 2 Zoom.

It’s important to be aware that doing any repairs or even opening up your Mavic drone could void your warranty. We only recommend these fixes if you’re outside the warranty period or under time constraints.

While it is easy to see that the gimbal is one of the most delicate parts of any drone, there is still no reason that a drone that costs more than $1500 would have a gimbal that cannot withstand a minor crash without suffering some damage. To be fair, the design of gimbals in the later Mavic drones appear to be much more robust and rugged compared to the original Mavic Pro. However, this is a department where DJI still has much room to improve.

Joseph Flynt
I love diving into the latest and greatest in emerging technologies and seeing what they can do. I enjoy running when I'm not thinking about tech.
5 comments
Share now:
21 Shares
YOU MAY ALSO LIKE
SEE MORE