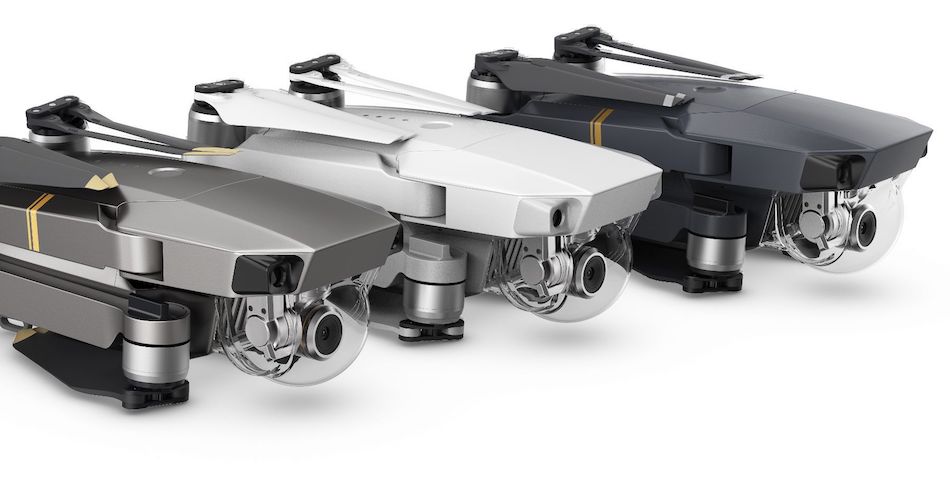 by Joseph Flynt
Posted on November 22, 2017
19 Shares
3D Insider is ad supported and earns money from clicks and other ways.
DJI has just released the Mavic Air 2. See all of the specs here.

Update: The Amazon Black Friday offer for the DJI Mavic is now live. It’s the same price as everywhere else at $899.

DJI has lowered the price of their popular Mavic Pro drone from $999 to $905 on Amazon ahead of Black Friday. DJI has announced that the DJI Mavic Pro will sell for $899 on Black Friday at various stores. The price on Amazon is now just $6 more than it will be on Black Friday. If you don’t want to wait in line then it might be a good idea to get the drone now.

The DJI Mavic Pro is a phenomenal drone with a 3-axis gimbal that shoots 4k video and 12 MP stills. The battery life is an unbelievable maximum of 27 minutes. It can also be controlled at speeds of 40 MPH at distances of around 7km or 4.3 miles. The specs on the DJI Mavic Pro verge on the unbelievable.

It’s hard to find a drone to even compare the DJI Mavic Pro with. The average drone has a flight time of 15 minutes or less and video quality is often poor. Even 4k drones sometimes have a simple 2-axis gimbal that results in a lot of vibration in the footage.

The DJI Mavic Pro’s propellers can fold onto the aircraft resulting in an ultra portable and light-weight drone that is only the size of water bottle. This drone is perfect for people who want to travel and still capture 4k imagery.

It’s safe to say that the DJI Mavic Pro is in a class of its own. The 10% discount that DJI has announced is awesome. DJI rarely offers discounts on their drones so this is probably the only chance for the year to get one for less than retail.

You can also get the drone for $899 if you purchase the Mavic Pro directly from DJI until November 27th. When purchasing the drone from the site DJI has decided to include 1 drone landing pad (75cm), a pair of Mavic propeller holders, and 1 Mavic control stick protector for free.