by Joseph Flynt
Posted on October 22, 2018
13 Shares
DJI has just released the Mavic Mini. See all of the specs here.

If DJI had a drone model that can be considered iconic and that perfectly represented who they are as a company, it would have to be the Phantom drones. They had a very recognizable design that was both visually striking and fully functional. Despite the many years that have passed since its initial release, the Phantom 3 in its five variants remains on the most popular drones today. 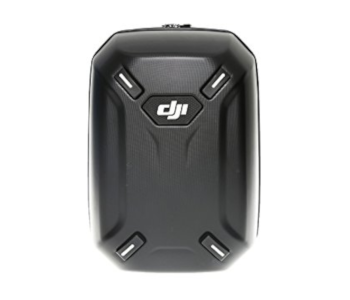 Your newly found passion for drone flight will undoubtedly take you to places, and it is important to keep your drone safe during these travels. The DJI Phantom 3 Hardshell Backpack has a turtle shell design that combines both comfort and durability. Being a DJI product, it should fit Phantom 3 perfectly, and it provides separate compartments for the controller, range extender, charger, spare propellers, and three extra batteries.

The hardshell material ensures that your drone and all its accessories will reach your destination safely, even if the backpack has to go through very rough conditions. Having the DJI logo upfront also gives it a very professional feel, which may be an advantage for professional drone pilots when they bring the Phantom 3 to their gigs. 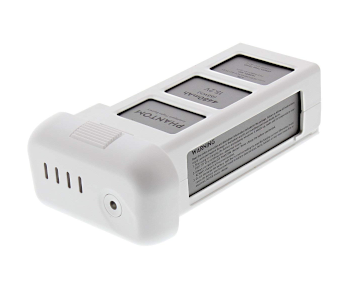 Starting a drone business could mean being out of the field all day, taking aerial photos and videos well into late afternoon. This means having a stock of extra flight batteries on-hand to get you through the day. The DJI Phantom 3 Intelligent Flight Battery is a LiPo battery that is compatible with all Phantom 3 variants. Its 4430 mAh capacity should give you up to 23 minutes of flight time.

The battery comes with an LED display that conveniently displays the status and remaining power of the battery. The “Intelligent” part comes with its integrated power management system that gives balanced charging and smart charge and discharge functionality. 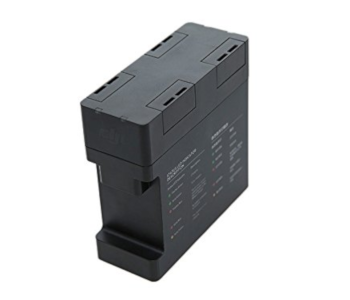 Having more than 3 batteries on hand essentially means that having a typical charging cords will not be good enough. For the quick and efficient charging of multiple P3 Intelligent Batteries, your best solution is to get the Battery Charging Dock. The dock accommodates up to 4 batteries at a time. It also comes with a smart charging feature that charges the batteries in sequence, with the battery having the most charge being prioritized. This gives you a fully-charged battery faster, allowing your drone to get back to the skies as quickly as possible. 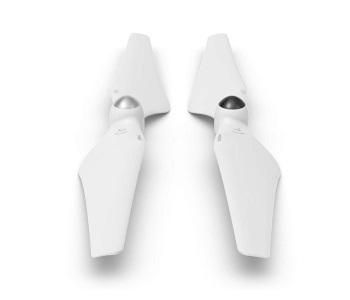 No matter how experienced you are, running into an accident is never out of the equation. If there’s a part of the drone that is most likely to break in an accident, it’s the propellers. There is probably nothing more disastrous than losing a propeller in the middle of a paid drone gig.

This set of extra propellers may be just what you need to make sure that you can get back up in the air after a crash. Installing them is very easy and they are self-tightening, so there really should be no way that they can come loose once you start flying. 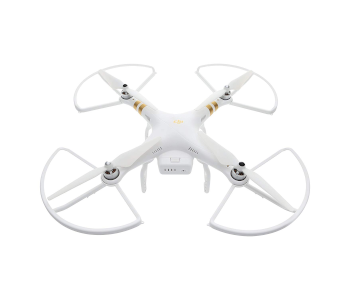 These propeller guards are lightweight but durable and can be installed with just a snap. They have been designed to not affect the aerodynamics drone, so you should not have issues with your drone’s maneuverability even with the propeller guards on. 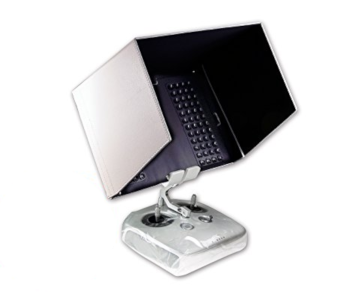 Flying on a beautiful sunny day can be great for drone photography, but it can be really frustrating having the glare of the sun on your video display. Whether you have a smartphone or tablet mounted into your controller, you will be thankful having a sunshade. There are several models of sunshades available for the Phantom 3 that should be compatible for most mobile devices. This particular one was made for the iPad Air and iPad Air 2. It snaps easily and securely on the Phantom 3 controller’s mobile mount, and suction cups keep the mobile device in position. 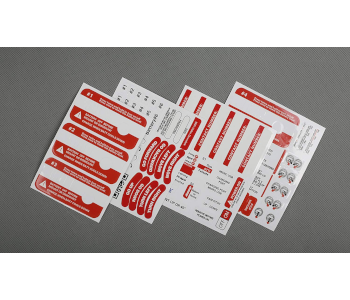 Learning to fly a drone can be a long and overwhelming process for newbies. Aside from developing excellent hand-eye coordination, a new drone pilot needs to figure out which button and joystick on the controller does which. Worry no more – these stickers were made for the newbies in mind and will undoubtedly speed up the learning process. The sticker set includes labels for each button and joystick, reminders for which mode to use for every situation, and even a tag for the owner’s name and contact number. It also comes with stickers that you can put on the drone’s battery pack to remind you how to check for its status and how to turn the drone on and off. Overall, it’s a very simple and cheap solution to a fairly common problem. 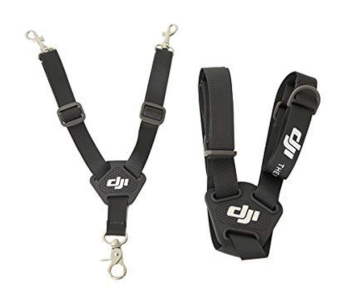 It takes at least 2 hands to hold on to the Phantom 3 remote controller, meaning that you cannot be pre-occupied with other things while flying the drone. There is also the fact that holding on the controller for hours on end can be very exhausting. Fortunately, this lanyard and harness combination allows you to leave the remote controller dangling from your neck and shoulders, leaving your hands free to take care of other things. It also prevents you from dropping your controller accidentally, which can lead to damage in its internal parts. However, keep in mind that you should always be paying attention to your drone while it is in flight. 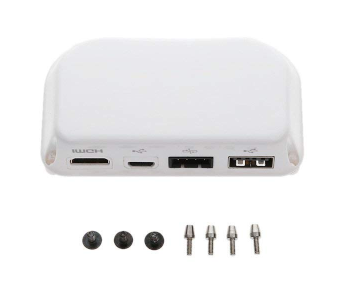 A huge selling point of the Phantom 3 drones is their high quality and low latency video feed. It would be such a waste to just see that video through a mobile device. This Double-Screen Display Output Module, which is compatible only with the Phantom 3 Pro and Advanced versions, allows the remote controller to output the video feed to an HDMI device, such as screen or FPV goggles. This module transforms your Phantom 3 drone into a live video monitor that captures video and transmits it real-time to a screen. We can imagine all the commercial opportunities that this kind of technology can give a drone pilot. 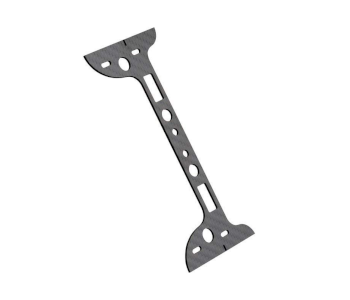 If there is a part of the drone that you should be protecting against all odds, it’s the camera and gimbal system. This is the centerpiece of drone technology but unfortunately, it is also very fragile. Being very close to the ground, the gimbal can also be easily damaged with a bad landing. This gimbal guard provides a cheap and simple solution to prevent gimbal damage. It is a light carbon fiber beam that attaches to that attaches to the landing skid and acts as a barrier to objects which may damage your camera and gimbal. It is very small and light, so it should not cause you problems in term of flight performance. Being directly under the camera also means that it does not interfere with the camera’s field of view. 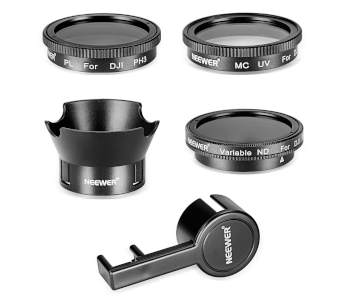 For the serious photographer, drone cameras are the ultimate technology for taking outdoor shots. After all, the sky is literally the limit when you have a drone camera. However, outdoor conditions can be especially challenging for any drone photographer. There may be times when the lighting condition is too harsh to get good photos, such as when you are shooting a broad daylight or over the sea.

This set of camera filters were designed to screen out excessive sunlight, giving you better control over the quality of your photos. The set contains 3 filters: the UV filter reduces overexposure by blocking out UV light, the CPL filter reduces the effect of reflected light, and the variable ND2-400 allows you to control the amount of light that enters your lens. The set also comes with a rose petal lens hood that eliminates lens flare and propeller wash effects, and a lens cap protector that prevents the lens from getting scratched or picking up dust while in transit or storage.

If you are planning to go into professional drone photography or filmmaking, then a set of camera filters is simply a must. 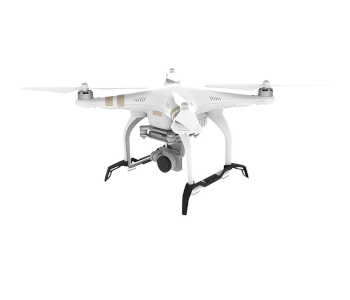 The Phantom 3 has a dedicated landing gear, but it was designed small so that it does not come into view of the camera. This design can be particularly problematic when landing on uneven terrain or during windy weather, as the Phantom 3 can easily tip over. This pair of landing gear stabilizers clip on to the Phantom 3’s landing gear, widening its stance and keeping it more stable during landing. They also keep the landing gear elevated by an inch, helping to avoid getting it damaged when landing on rough terrain such on rocks or the beach. These landing gear stabilizers come with an easy snap-on mechanism, allowing for installation in just a few seconds. 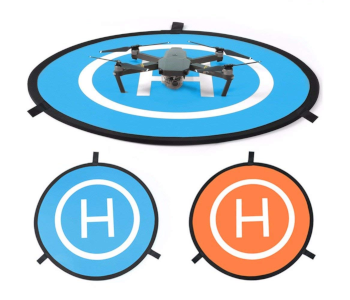 No set of landing gear or stabilizers can be more valuable than having a clean, flat terrain to land into. Unfortunately, it’s hard to come by such a perfect landing surface. With this landing pad, looking for a flat surface for landing will no longer be an issue. The landing pad can be secured to the ground from pegs and protect the drone from damage by uneven surfaces or loose debris. For instance, taking off and landing from the sand can result in sand particles getting lodged into the nooks of the drone, the camera, and the gimbal, resulting in scratches and dirt buildup. Using a landing pad could also be an alternative to installing landing gear stabilizers, if you are concerned about putting added weight into your drone. 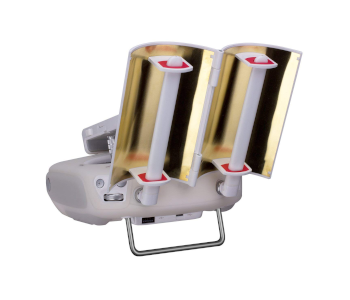 The Phantom 3 already has a pretty impressive range, but any improvement in this department could not possibly hurt. This signal booster that is made up of a copper sheet molded into a parabolic shape claims to improve the range of the Phantom 3 up to 1.7 miles. It is only compatible with the Phantom 3 Pro and Advanced models. Installing them is as easy as sliding them into the antenna of the controller – quick, easy, and no tools required. 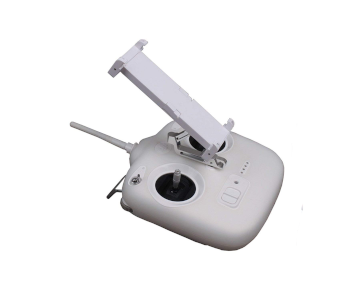 The controller of the Phantom 3 comes with its own device bracket which performs well enough for most mobile devices. However, many users have reported a problem with wobbling when using larger devices such as 7-inch tablets. This upgraded device bracket is made up of durable and rigid alloy, effectively addressing the issue with wobbling. It is compatible with all the Phantom 3 variants, the Phantom 4 Pro, and the Inspire.

DJI has come a long way since the release of the Phantom 3, but it remains one of their old and reliable models. It’s no longer state-of-the-art considering all the models that DJI has released since then, but a commercial drone pilot who is just starting cannot go wrong with the Phantom 3. It is still one of the best models in its price range, which is considerably more affordable than its more modern counterparts.

We recommend getting these accessories so that you do not miss out on the whole Phantom 3 experience. Consider it a little extra investment to keep your Phantom 3 safe from avoidable damage, and to make the flight experience safer and more fun.