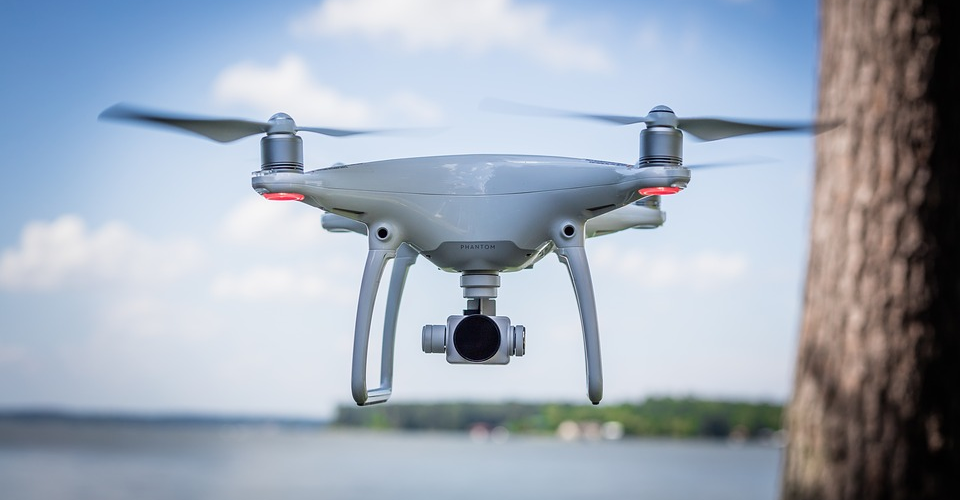 by Joseph Flynt
Posted on May 20, 2019
15 Shares
DJI has just released the Mavic Mini. See all of the specs here.

The DJI Phantom 4 is the 4th generation product line of the Phantom series. DJI is a market leader in commercial drones and the Phantom series is one of DJI’s most popular product lines. The latest Phantom 4 models have signature DJI technologies such as Lightbridge, 4K video capability, and an advanced Obstacle Sensing System. 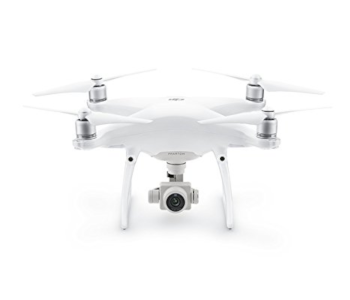 The bit rate of the majority of the Phantom 4 series drones is 100 Mbps. Only The Phantom 4 base model has a bitrate of 60 Mbps. A higher bit rate means a better quality of video. To put things into perspective, Blu-Ray has a bit rate of 25 Mbps. So, we are talking 4 times the quality of Blu-Ray. The cameras on the Phantom 4 are definitely in the professional-grade level.

The GPS system in the Phantom 4 series drones uses both the American GPS and the Russian GLONASS satellites. Using a combination of these two navigation systems makes the navigation quite robust and accurate. The overall mapping of the drone location is more accurate.

The Phantom 4 Pro even has side infrared sensors that give the drone a 4-direction obstacle avoidance capability. Such capability is great for complex projects and tight maneuvering.

Previous generation Phantom drones used Wi-Fi for handling communication between the remote controller/mobile device and the drone body. The base models of the Phantom 4 series uses a much more powerful Lightbridge 2 communication system. Lightbridge boosts operating range to 7 km (FCC countries). The master and slave architecture of the Lightbridge 2 system separates the drone controls and camera plus gimbal controls into two separate links, which allows for better controlling.

The professional model of the Phantom 4 series goes a step further with the use of the OcuSync communication system. OcuSync allows multiple controllers and even DJI Goggles to be connected with the drone body simultaneously.

The forward and downward facing vision sensors allow the Phantom 4 drones to create and map out their flight route in real time. This is the basis of the return-to-home function of the Phantom 4 series, which allows the drone to return back to the user using the same flight route that the drone mapped out in its memory. While returning, it will watch out for obstacles and avoid them as well. It truly is a “smart” system.

The Phantom 4 series drones can hit a maximum speed of 45 miles per hour or 72 kilometers per hour. That is a decent improvement on the 35 mph limit for the Phantom 3 series. 45 mph is enough speed for semi-professional or even basic professional projects like action shots as well as following moving people and moving cars. 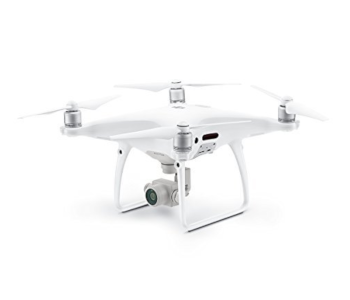 A flight time of 30 minutes is not bad, but it still is not a lot either. If you want to do some kind of serious videography/photography project, then 30 minutes will fly by without you noticing. For such projects, you probably will require backup batteries that you can swap when one battery runs out. An extra battery pack will cost you $169. That simply adds to the budget which you need to set for your drone purchase. Besides, getting the drone to return and swapping out batteries eats up valuable time.

Users have complained that the gimbal tends to make a screeching sound when the Phantom turns on and off. Also, there is no gimbal protection either. Buying a separate gimbal protection module can be quite expensive.

No built-in display with the remote control

There are a lot of strong value propositions that the Phantom 4 series offers. It is a semi-professional drone in a sense. The price is a little bit expensive, running north of $1000 and sometimes touching $1800. But, what you get in return is high-quality video and imaging capability and a well-rounded flying experience. There are plenty of safety features which ensure that your drone operates in open spaces and obstacle-filled environments without any problems.

Where this drone lacks is its bulkiness, its short battery life, and decent gimbal quality. If you are looking for decent performance and navigational capabilities and do not mind the fact that the Phantom 4 drones cannot be folded, then these drones are well worth the price. If you prefer a good quality drone that is also compact, then the slightly more expensive Mavic series may be a better option.