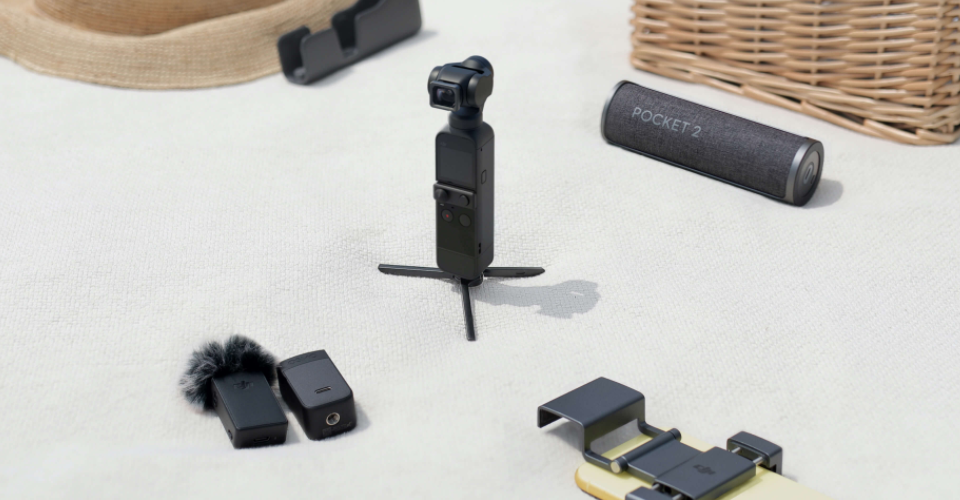 Is the DJI Pocket 2 Worth It?

by Joseph Flynt
Posted on November 18, 2020
15 Shares
3D Insider is ad supported and earns money from clicks, commissions from sales, and other ways.
DJI has just released the Mavic Air 2. See all of the specs here.

A few weeks ago, DJI launched the Pocket 2 – the follow-up to their pocket-sized gimbal camera, the Osmo Pocket. Featuring several hardware and software upgrades, the Pocket 2 retains the remarkably compact form factor of its predecessor.

Launching a new product amid a global pandemic is obviously less than ideal, especially with how difficult it is to capture outdoor video content nowadays. However, it’s still worth asking the question – should you get the DJI Pocket 2? If you already own an Osmo Pocket, is the upgrade worth it? 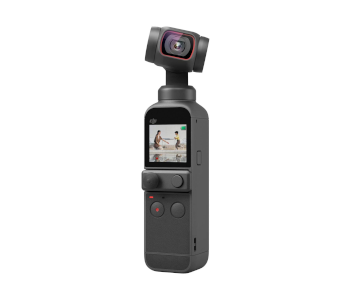 The Pocket 2 is an appropriately pocket-sized all-in-one camera with a built-in three-axis mechanical stabilizer. This tiny “camera on a stick” is the second iteration of the Osmo Pocket and features several noteworthy upgrades. Its size and weight are more or less the same as its predecessor. We don’t even need to look at the numbers to know that it achieves the goal of being pocketable.

At the user-facing side of the handle is a small reference screen right atop the record and multi-purpose function buttons. There is also a slot on this side for an optional joystick and focus mode button. Along the sides are a microSD card slot and a dedicated power button. This makes just about everything accessible via the basic grip, although you may still need to pair it with a smartphone for granular controls.

The Pocket 2 comes with a case, a wrist strap with attaches to the side of the grip, the joystick and focus button accessory, adapters for USB-C and Lightning connectors, and a removable bottom cap with a provision for a tripod connection.

The basic controls of the Pocket 2 are all accessible via the front-facing buttons. Capturing images and recording videos can easily be done with the shutter button, while the mode button allows for quick switching between the two modes. The joystick and focus mode accessory is also extremely useful, as it lets you easily switch between Tilt Lock, Follow, and FPV modes while the joysticks lets you control the zoom of the camera and the title of the gimbal.

On the right side of the grip is a depressed power button. The Pocket 2 can be turned on via the Mode button, as well. However, only the power button can power down the device. This was a pretty smart move that should prevent accidentally turning off the device while switching modes.

As convenient as the basic controls are, they still feel quite limited. The joystick, in particular, feels janky and less smooth than ideal. By connecting a smartphone using the Lighting or USB-C adaptor, you can gain access to a wider range of control functions via the DJI Mimo app.

The DJI Mimo app basically replicates all the basic control options and then some. Not only do you get a larger viewfinder, but you can also set shooting parameters with greater refinement or set subjects for tracking more accurately. However, attaching a phone to the side of the Pocket 2 makes it feel bulky and unbalanced. DJI offers a solution to that, as we shall see later on in the Peripherals section.

The Pocket 2 sports a 1/1.7-inch camera sensor which is significantly bigger than the 1/2.3-inch sensor of the original Osmo Pocket. It can shoot videos at up to 4K resolution at 30 fps and stills at either 64 MP or 16 MP. The camera supports up to 4x lossless zoom in 1080p and 16MP modes.

The lens of the camera has a field of view of 93 degrees (20 mm equivalent) and an f/1.8 aperture. This can be augmented with an optional wide-angle lens.

The camera capabilities of the Pocket 2 may seem like a huge upgrade from the Osmo Pocket, but the truth is that it’s already outshined by many camera phones available today. If you own a high-end phone, it might be worth the time to compare the specs of your camera and the Pocket 2 – you might end up downgrading by recording with this handheld gimbal.

Audio quality was one of the most criticized aspects of the original Osmo Pocket. DJI has addressed this with the Pocket 2 by having four microphones located strategically at the front, back, and sides. This allows for better directional audio and sound tracking while avoiding the old problem of audio getting muffled because the microphones get covered by the user’s hands.

From the recorded videos we have seen, we can safely say that the audio quality of the multi-mic system of the Pocket 2 has greatly improved. Recording noisy environments might still be problematic, but external microphones will be more equipped to handle that problem. 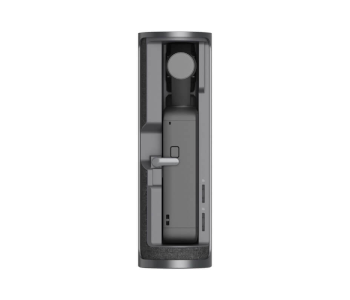 The Pocket 2 comes with an 875-mAh LiPo battery that is rated to last up to 140 minutes when recording in 1080p and 24 fps. We expect most people to be recording at higher settings, so adjust your expectations accordingly. Charging the battery from empty to full takes about 73 minutes using the included 5V/2A charger.

As we’ve mentioned, the basic bundle of the Pocket 2 includes a nice selection of accessories that greatly enhance the user experience offered by the device. This was a very nice move by DJI, considering that some of these accessories were sold separately on its first-gen counterpart.

If you’re upgrading from the Osmo Pocket ecosystem to the Pocket 2, you’ll be glad to know that just about all first-gen accessories also work with the upgraded model. This includes the controller wheel accessory, which is arguably still a better control mechanism than the joystick that comes with the Pocket 2. However, this doesn’t work the other way, as the redesigned Pocket 2 has a few exclusively compatible accessories.

Here are few accessories of the Pocket 2 that are worth highlighting: 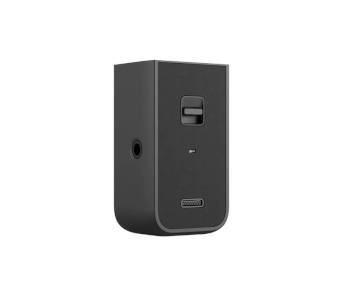 The best accessory you can get for the Pocket 2 is the Do-it-All handle. Despite lofty promises, this accessory does live up to its name. The Do-It-All replaces the endcap at the bottom of the Pocket 2, effectively lengthening the grip and greatly augmenting the device’s capabilities. The longer grip also feels a lot more ergonomic.

The Do-It-All handle contains a Wi-Fi-and Bluetooth for wireless pairing with your phone, a wireless mic receiver, a built-in speaker for playing back your videos, and a threaded tripod connector at the bottom. With the Do-It-All handle, you can more easily control the Pocket 2 via the DJI Mimo app and use the wireless mic accessory for better sound recording. 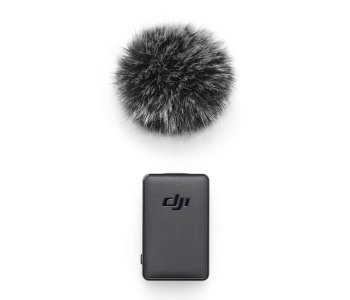 This Wireless Microphone Transmitter is the solution to all your audio recording woes. When paired with the Do-It-All Handle, this transmitter allows for wireless audio recording. It comes with a clip for attaching to your shirt, a “dead cat” noise reducer, and a jack for when you prefer to record with a high-fidelity lapel mic. In any case, this transmitter provides a huge upgrade to audio quality compared to the built-in microphones of the Pocket 2.

Both the Do-It-All Handle and Wireless Microphone Transmitter are included in the Pocket 2 Creator Combo, as well as a magnetic wide-angle lens, a mini tripod, and a carrying case. When sold separately, the included accessories will cost more than $270. However, the Creator Combo only costs $150 more than the Pocket 2 basic bundle.

The Pocket 2 has a launch price of $349, while the Creator Combo bundle costs $499. This means that the Pocket 2 costs almost as much as the original Osmo Pocket back when it was launched. That’s an incredible value considering how much the Pocket 2 has improved on its predecessor. If you had to choose between the two, then the Pocket 2 wins hands-down.

The Creator Combo adds a well-crafted selection of accessories to the Pocket 2, essentially turning it from a vlogging camera to a mini studio. The wireless smartphone is pairing is really handy notably because we aren’t fans of how unbalanced the whole setup feels when the phone is connected to the side of the Pocket 2.

The original Osmo Pocket has been in the market for a little over the year, so you can probably buy one now for less than $300. The price difference isn’t huge but can still be significant if you’re buying on a tight budget.

Should you get the DJI Pocket 2? 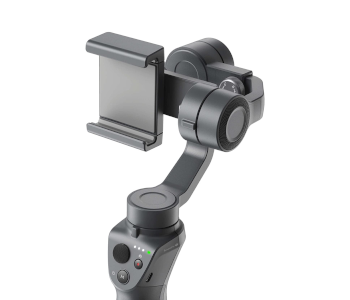 When it comes to vlogging or casual filmmaking, few products can rival the Pocket 2 in terms of quality and convenience. Its real appeal lies in the fact that it is a fully standalone filmmaking device. Yes, the accessories are a great compeiment, but the Pocket 2 works perfectly fine without any of them. If this is ease-of-use factor appeals to you, then the Pocket 2 is well worth the price.

While the $150 add-on to the Creator Combo isn’t cheap, it’s something that we suggest serious content creators consider. The Do-It-All quite literally does it all and makes the entire experience of video and audio recording a lot easier.

A major downside of the Pocket 2 is that its camera sensor already pales in comparison to the camera sensors of some of the high-end camera phones available today. If this is the case, you may consider the much cheaper DJI OM2, a handheld gimbal designed for smartphones.

Strange as it may seem but buying the original Osmo Pocket could still be a wise move if you can get it a good price. It can still record 4K videos after all and has the same stabilization performance. Just take note of how much the essential accessories will cost you and if the total price will bring you too close to the price of a brand-new Pocket 2. Again, your budget and personal preference will determine which product is best for you.