SLA vs DLP – Which Resin Printer Should You Buy?

by Joseph Flynt
Posted on June 3, 2021
21 Shares
3D Insider is ad supported and earns money from clicks, commissions from sales, and other ways.

Resin-based 3D printing has gained a lot of fresh interest in recent years. While the finish quality of resin prints has always been better, the high cost of resin printers has always made them less accessible. However, increasing demand and competition in this market have created resin printer models that are more affordable.

Before buying a resin printer, you must first determine if you’re getting one that uses SLA or DLP. These are the two major technologies for resin-based 3D printing. Here’s our rundown on distinguishing between SLA and DLP to help you decide. 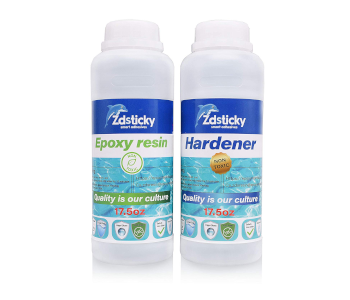 Both Stereolithography (SLA) and Digital Light Processing (DLP) are technologies for resin-based 3D printing. They are similar in that they use photopolymer resin as raw material. This resin is liquid in its base form but cures into a solid form because of the presence of photodegradable initiator compounds. When these compounds get hit by light, they become highly reactive and initiate a polymerization chain reaction.

However, resin designed for SLA printing may not always be used for DLP and vice-versa. The intensity of light used in either method may vary. This has important implications on the type of initiator compounds in the resin. This can also have some effects on the mechanical properties of the finished print.

Having discussed how they are similar, let us now look at how they are different. Is one necessarily better than the other? Is there a clearly superior choice?

Stereolithography (SLA) is the oldest method of 3D printing ever developed. Patented in 1984, there have not been significant changes in the process or technology of SLA printing through the years.

The SLA 3D printing process is quite straightforward. It starts with a vat of liquid resin with a movable build platform. Above this resin vat is a laser array that contains a laser hitting a mirror galvanometer. This galvanometer reflects the laser and directs it to specific points in the build platform to control the curing of a layer.

As with any 3D printing method, the motion of the galvanometer is based on a code generated by slicer software. This code is generated from a 3D CAD model that the user loads into the slicer. The galvanometer moves to “trace” each slice on the build platform. When the layer is completed, the build platform moves by one layer thickness unit, allowing for the fresh resin to be exposed to the laser array again.

Digital Light Processing (DLP) is very similar to SLA in that it also requires a photopolymer resin that is cured by light. It also relies on a high-powered light source. The construction of a DLP printer is pretty much the same as an SLA printer with a resin vat and a moving build platform.

The biggest difference of a DLP 3D printer is that it can cure all the points in an entire layer simultaneously. Older models of DLP printers did this using a digital micromirror device (DMD) that receives light from the light source and disperses it to specific points in the build platform. Nowadays, DLP printers with panels of LED lights or LCD screens are more common.

Should you print in SLA or DLP?

The line that distinguishes between SLA and DLP is blurry at best. Most manufacturers do not even bother stating if a printer uses SLA or DLP technology, more often using the umbrella term ‘resin printers.’ However, it is still worth noting any benefits that one technology may over the other. 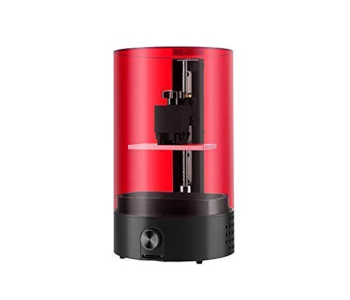 In terms of print quality and resolution, resin printers are considered a huge upgrade from filament-based 3D printers. Between SLA and DLP, this difference is hardly significant. If you had to choose one, then SLA holds a slight advantage.

Most consumer-grade SLA printers can attain resolution values of 25 microns or below. In contrast, a 50-micron resolution is already considered high for DLP printers. This may manifest in the form of “staircase steps” particularly for models with rounded or curved surfaces.

Printing speed is the single biggest advantage of DLP printing. The difference here is stark – SLA printers cure a layer one point at a time while DLP printers cure an entire layer all at once. This also makes DLP ideal for batch production, as a large layer cures at the same time as a small layer. It is common practice in resin printing to maximize the area of the build plate.

A resin printer would typically small build volume relative to an FDM printer within the same price range. Resin printers are limited to the size of the resin vat. It is also not common to print large models in resin, simply because it can get very expensive.

No clear distinction regarding build volume can be made between SLA and DLP printers. The higher you’re willing to pay, the more build volume you’re likely to get. A typical desktop-scale resin printer would have a build volume close to 130 x 150 x 80 millimeters. On the other end of the spectrum are industrial-grade SLA printers like the 3D Systems Pro X950 with a build volume of 1500 x 750 x 550 millimeters.

Both DLP and SLA require heavy post-processing. Once the printing process stops, the resin is still in a “green” state despite being solid. To attain maximum chemical and mechanical stability, resin prints need to be cured using UV light. Excess resin on the surface of the print needs to be washed off. This can be a tedious and messy process, complicated even further by stringent handling and disposal standards for uncured resin. 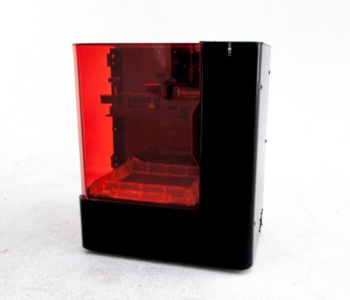 Between SLA and DLP, SLA printers tend to have more moving parts. This has become emphasized more nowadays because of the popularity of DLP printers with fixed LCD screens. SLA printers will require more frequent maintenance and calibration, both of which likely have to be done by a professional. If you’re worried about maintenance costs, then DLP is the superior option.

In most cases, DLP printers are cheaper than SLA printers. This is not surprising given how much simpler DLP printers are in terms of technology. For this reason, most desktop resin printers use the DLP workflow. Nowadays, you can buy a beginner-friendly DLP printer for slightly less than $200. In contrast, SLA printers can still cost at least $2000 and are only really practical for commercial use.

The affordability of DLP printers has also helped make the technology more accessible for more people. If you want to get started on resin printing, buying an inexpensive DLP printer would be your best bet.

Professional users have a wider selection of choices. There are professional-grade resin printers with larger build volumes and capable of even finer resolution. SLA and DLP printers are available in price ranges of $1000 and above. Some SLA printers can cost up to $200,000. Moderately-sized businesses such as those in the jewelry and dental industries typically stick to a price range of $10,000 to $20,000.

If you’re just starting out with resin printing, there’s a good chance that you will have to buy a DLP printer. This is both because of price and technical limitations. SLA printers are more appropriate for professional applications that can benefit from the slight resolution bump.

SLA and DLP represent the two technologies that have allowed for 3D printing using resin. Now that more people are getting into resin printing, the knowledge of what SLA and DLP are has become more important.

The use of LCD screens in DLP printing has been a game-changer. This has made DLP printers cheaper, faster, and easier to use. SLA printers will always remain relevant but probably not in the casual 3D printing space.