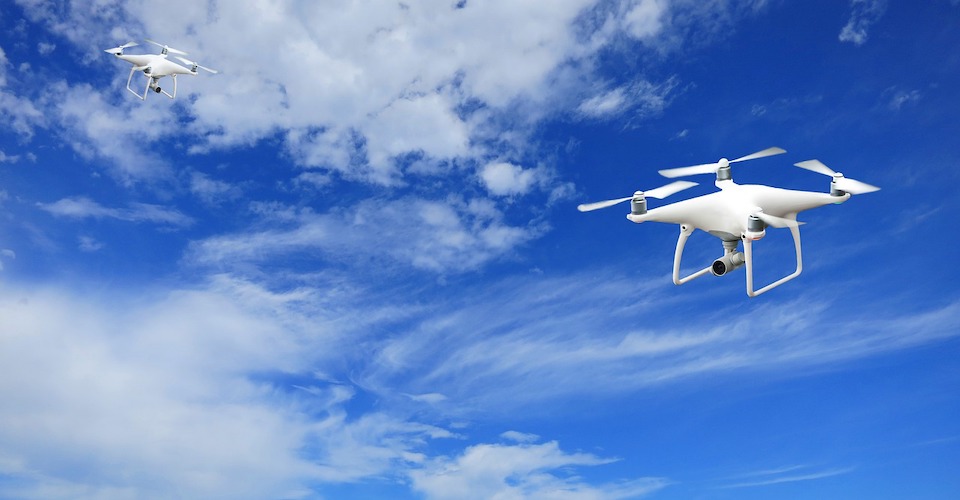 by Joseph Flynt
Posted on April 20, 2019
19 Shares
3D Insider is ad supported and earns money from clicks and other ways.
DJI has just released the Mavic Air 2. See all of the specs here.

Due to the increasing popularity of drones in both the hobby and professional fields, the Federal Aviation Administration (FAA) had to step and enact some across-the-board standards and restrictions. These restrictions were made in a bid to prevent personal harm and property damage caused by the irresponsible use of drones. Since all airspace from the ground up is technically under the mandate of the FAA, all commercial drone operations are required to follow their rules.

One of the major restrictions of all drone operations is that they cannot fly higher than 400 feet or 121 meters above ground level (AGL). What seems like a simple and straightforward restriction has turned out to be one of the more ambiguous ones and has been the topic of intense debate and discussion. In this article, we expound on this restriction and attempt to clear up all uncertainties.

What is the 400 feet AGL limit for anyway?

The upper limit of 400 feet AGL for drones was formulated in context of the minimum cruising altitude of manned aircrafts, which is 500 feet AGL. This leaves a 100-foot “buffer” zone between drones and manned aircraft. Coupled with the rules on flying in restricted airspace, the goal of the FAA is to minimize or outright eliminate any interaction between manned aircraft and drones.

Before the Part 107 rules on commercial drone operations were implemented, there were 921 recorded incidents involving drones and manned aircraft. Although none of these cases led to any serious accident, 327 of them were considered to have posed a concerning level of ‘proximity danger’ where the drone got within 500 feet of manned aircraft. There were even 28 instances when the manned aircraft had to maneuver to steer clear of the drone.

Cases such as these emphasize just how important it is for drone pilots to follow flight restrictions. The potential consequences of flying a few dozen feet outside of the allowable zone are too significant and the risk is not worth even the most beautiful drone shot.

From what elevation is the 400 feet measured from?

The Part 107 rules explicitly state: “The maximum allowable altitude is 400 feet above the ground, and higher if your drone remains 400 feet of a structure”. The corollary that you can fly above 400 feet when you are close to a structure was included because manned aircraft are expected to fly higher in the proximity of said structures. Flying above 400 feet when around a structure is allowed if you are not in restricted airspace.

How the restriction was stated also allows for special cases where you can take off with your drone from a much higher elevation, say a valley at an altitude of 800 feet. The 400 feet restriction is then measured from the point where you took off. Although you may end up flying 1200 feet above sea level, you are still not violating the 400 feet AGL limit. This is possible because manned aircraft also consider the height of the valley you are standing on when they set their cruising altitude.

The built-in altimeter of your drone also measures its altitude relative to the takeoff point. Thus, your drone will not just refuse to fly when you try and take off from a high valley. It will also not decide to drop off once it flies off a cliff.

It’s important to note that if you start from the cliff and fly off the side and climb to 400 feet, you could be flying more than 400 feet above the ground. This is against the rules and it’s important to be 400 feet or less from the ground that the drone is flying above.

Do drones have built-in altitude limits?

The 400-foot limitation has been integrated into the firmware of most drones, automatically preventing you from flying beyond this altitude. There are a few enterprise-level drones, such as the DJI Inspire 1, that allow the firmware to be customized to remove this restriction. This provision was made to carry out particular commercial drone applications, such as drone-based aerial mapping. However, you may need to apply for a waiver with the FAA before proceeding with such an activity.

What if you take off from a higher elevation and fly down? This will result in your drone’s altimeter registering negative altitude values. This is not an issue since drones have no built-in negative altitude limits. Just make sure that you do not land your drone at an altitude lower than your position, as it will set the new take-off location as its new reference for zero altitude. This can prevent the drone from flying back to you, and you will have to retrieve it manually.

Aside from firmware restrictions, there is another altitude ceiling that drones physically cannot fly above. Above 4000 meters or 13100 feet, the air becomes too thin due to low pressure. At this altitude, the drone propellers will not be able to generate enough lift for the drone to take off. This means that you may bring your drone to the peak of Mount Kilimanjaro and attempt to fly up to 400 feet from them, but your drone’s propellers will probably not be powerful enough and you would be lucky to even achieve a hover at low altitude.

The restriction on the maximum altitude that drones may fly up to may be one of the simplest rules of drone flight. Drone manufacturers have even made it easier by programming the altitude limit in their drones’ firmware. Although there is still some confusion among the drone community on where exactly the 400 feet is measured from, it is easy to come up with a sensible answer by analyzing why the restriction was made in the first place.

While some drones are able to go beyond the 400-foot limit, these should only be used with the prior approval of the FAA. The FAA has stated that the Part 107 rules were made to support the commercial use of drones and not to curtail them, so we are confident that they will grant waivers given the appropriate safety measures.

Drone flight, both as a hobby and as a commercial business, requires a ton of responsibility and accountability. Although drones are tiny compared to manned aircraft, the consequence of an untoward interaction between them can be really bad. As drone pilots, we owe it to ourselves and to our communities to adhere to all of the FAA’s restrictions.