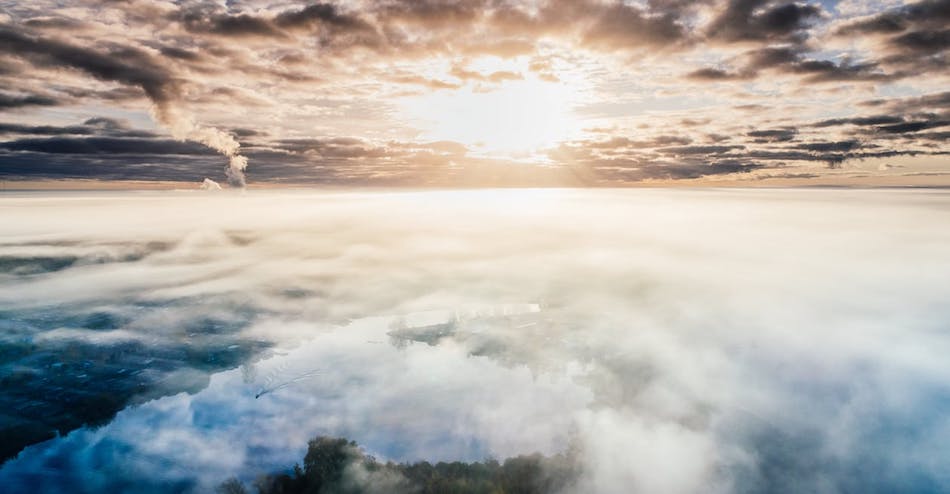 How high can you fly a drone?

by Joseph Flynt
Posted on November 29, 2017
15 Shares
3D Insider is ad supported and earns money from clicks, commissions from sales, and other ways.
DJI has just released the Mavic Air 2. See all of the specs here.

Testing the limits of their drones is something that probably all drone hobbyists dream of doing. Aside from distance, there is another limit that might be worth testing: altitude. If attempting to reach the maximum altitude your drone is capable of reaching is something you want to do in the future, then you need to come prepared if you don’t want to suffer a horrible crash. In this article, we discuss the theoretical limits of altitude that a drone can fly, as well as other factors you need to consider when flying high.

So how high can you fly your drone? Spoiler alert: not very high.

Based purely on physical limitations, the best quadcopter drones can only fly as high as about 4500 meters. Above this altitude, the reduced air density renders the propellers unable to provide enough lift. In reality, drones are not really capable of reaching these altitudes due to limitations that are either built-in to their firmware, based on the effective range of the RC transmitter, or due to limited battery life.

Depending on the model, different drones can reach different maximum altitudes. The relatively cheap DROCON MJX Bugs 3 Drone ($130) can theoretically reach a height of up to 300 meters which is the approximate operating range of its transmitter. The Hubsan H501S ($215), with a flight time of 20 minutes, is clearly capable of reaching great altitudes but is software-limited to only 250 meters.

The DJI Mavic Pro ($999) has an interesting mechanism to set its altitude limits. When flying in beginner mode, the built-in software will only allow you to fly up to around 120 meters. However, this limit can be surpassed by exiting beginner mode, up to an insane height of 500 meters.

The Yuneec Q500 Typhoon ($699) boasts of being able to reach an altitude of up 1000 meters, one of the highest that can be reached any drone in the market. With a battery that can provide up to 25 minutes of flight time, the Typhoon is definitely one of the top players in the altitude game.

There’s a good reason that drone manufacturers prescribe or set limits to the maximum altitudes that can be reached by their drones. As already mentioned, flying at high elevations means having reduced lift from the propellers. This is especially dangerous considering that strong winds are more common at higher altitudes.

If you are flying drones in the United States, then you need to be wary of regulations by the Federal Aviation Administration (FAA). Although FAA-controlled airspace refers only to the space in a five-mile radius from airports, technically all airspace from the ground up is under FAA jurisdiction.

The firmware limitation set by DJI on its drones is based on the commercial airspace altitude set by the FAA. According to a circular released by FAA from way back in 1981, model aircraft operators can fly no more than 400 feet or 120 meters above ground. This elevation happens to be the lower limit for planes and other man-driven aircrafts.

FAA regulations also prohibit flying beyond visual range, which may be the case if you are flying far and high. This means that you are required to keep visual contact with your drone at all times. When flying using FPV technology, you should be with a secondary observer or spotter that will visually monitor your drone for you.

These rules vary from country to country, and it is worth your time to check what your local laws are. Modern drones are really powerful and are theoretically capable of reaching great heights, but limitations set by the law were made in the best interest of the safety of everyone. It would be wise to heed these laws.

Testing the altitude limits of your drone is a lot of fun, especially with the high-powered drones that are available today. However, keep in mind that higher altitudes introduce a lot of issues: weak lift, high wind speed, and lagging radio communications. A crash from 500 meters is almost certainly not an event that your drone will survive.

More important than the physical capabilities of your drone are the limits set by local laws. In the case of the USA, FAA regulations prohibit flying above 400 feet or 120 meters. Drone flight is also prohibited within five miles of an airport. Different laws may apply for your country – it would be best to check with authorities or with local drone clubs first.

Lastly, always stay safe. Don’t fly in crowded areas, or in any place where you risk hurting others or yourself. A crash from very high altitudes will be catastrophic, and will likely produce shrapnel upon impact. When flying high, make sure you fly in a large open space.