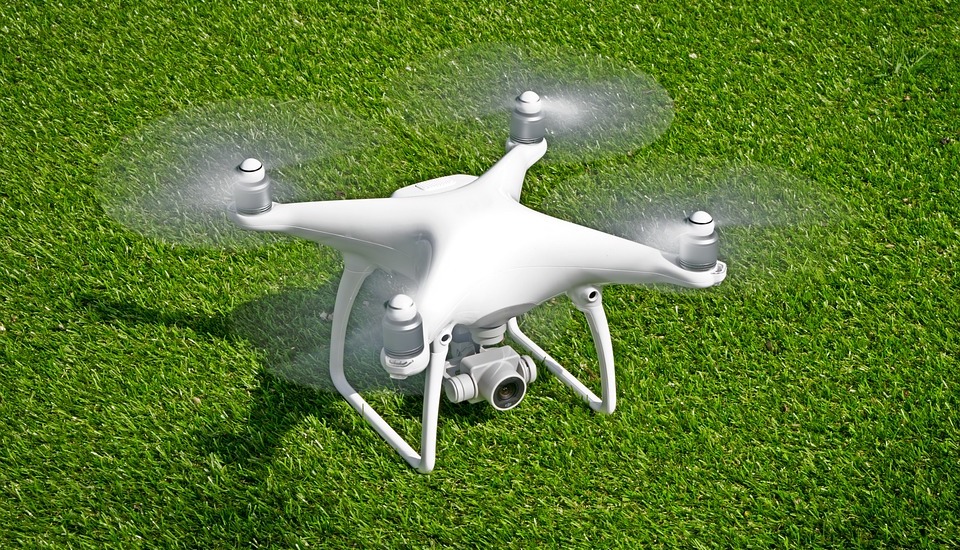 by Joseph Flynt
Posted on November 10, 2019
18 Shares
3D Insider is ad supported and earns money from clicks, commissions from sales, and other ways.

Update: You can get DJI Care Refresh insurance for free for a limited time. Learn more here.

The drone market is getting flooded with a range of high-tech machines. So many options make it hard to know what’s best. That’s why we have compared the major models on the market, from manufacturers DJI, Parrot, Yuneec, and Autel. We have assessed each drone across a range of categories to precisely determine their strengths and weaknesses.

The top performers in each category will be awarded points. We will then tally these up at the end to help determine the most powerful drones and those that are the best value for money.

Before we get down to business, we would like to clarify which drones we will be assessing and who manufactured them.

The DJI drones are:

Parrot’s drones are the Bebop 2 Power and the Anafi.

Autel’s drone is the X-star Premium.

The Yuneec drones are:

We have selected these drones because they are each manufacturer’s main models and all are currently being produced.

Every drone pilot wants to capture some awesome aerial footage, which is why it’s important to pay attention to camera specs. Megapixels are important for people who want to take a lot of photos. The more you have, the crisper and sharper the images will turn out. A low-end drone camera has around 12 megapixels while more powerful models can hit 20 megapixels.

If you want to record high-quality video, then you should pay attention to what definition a drone can film in. 4K (ultra-high definition) video is considered standard for many drone cameras. However, some can only film in 1080p (high definition) video. Furthermore, the higher the frame rate, the better the overall quality of the video.

We have shown the specs for each drone’s camera below, so take a look.

The Inspire 2 has the most powerful camera. It can shoot 20-megapixel stills, record 4K video at 60fps, and can also record in 5.2K. If you are looking for the highest megapixels alone, then the Parrot Anafi offers 21-megapixels. However, the Anafi only does 30fps and has no 5.2K capability.

+1 for the Parrot Anafi

A drone can only stay airborne for a limited time before its battery runs flat. We have shown the maximum flight time for each drone in the table below. Remember, these are only achievable in optimal conditions.

A good way to increase flight time is to simply purchase a spare battery. Keep it fully charged so that you can land your drone, swap the battery, and double your flight time.

We have three winners in this category: all with 30-minute flight times.

+1 for the Mavic Mini

When we say flight distance, we are talking about the maximum distance that a drone can fly from its controller before the connection cuts out. Keep in mind that the distances shown below are maximums. Interference can reduce this range. Also, note that it is illegal in many locations to fly beyond your line of sight, which is why we don’t recommend pushing a drone to these limits.

The longest flight distances are held by DJI drones. This is because they incorporate DJI’s Lightbridge technology, which gives a greater range than a traditional Wi-Fi connection.

The maximum speeds for each drone are listed below. Remember, these are horizontal speeds that can only be reached in ideal wind conditions. You should also be aware that any obstacle avoidance systems will not function at these speeds.

The Inspire 2 has the most power and can hit a whopping 58mph. The Phantom 4 Advanced and Pro are the runners-up at 45mph.

If you plan to carry your drone long distances, then you may want to consider its weight. The figures are listed below.

The smallest and lightest drones are the Mavic Mini, Spark, and Anafi. They can all fit into your pocket or a small bag.

+1 for the Mavic Mini

You don’t want to inadvertently fly your drone into a tree or other obstacle, which is why many models come with obstacle detection sensors. These can protect against user error by causing the drone to automatically halt its flight.

Not all drones have obstacle avoidance sensors, so the table below shows which ones do and which directions they point in.

The most comprehensive systems belong to the Phantom 4 Pro, Mavic 2, Typhoon H Pro, and H520. They can detect obstacles from all directions.

As far as determining location is concerned, every drone makes use of both GPS and GLONASS. This allows them to connect to a range of Russian and American satellites, to accurately calculate their location when flying.

They also utilize vision-positioning systems when low to the ground. These sensors help prevent a crash when flying at low altitudes and allow the drones to hover in place with minimal displacement.

While each drones’ positioning systems function slightly differently, in general, they are pretty similar, which is why we consider this category a tie.

The Phantom and Inspire drones have very similar controllers. The devices have two steering sticks, a range of control buttons, and a mount at the top for attaching a smartphone or tablet. They are all laid out the same and are a similar size.

The Mavic 2, Mavic Mini, Mavic Pro, Mavic Air, and Spark also have similar controllers. They are very small, portable, and have a mount for attaching a device. The only difference is that the Mavic Pro’s controller has a built-in LCD screen for displaying flight data. The Mavic 2 controller also has a built-in screen.

The X-star Premium also has a similar controller to the Phantom and Inspire drones. In fact, if you put them side-by-side then you wouldn’t think that they were made by different companies.

The Breeze has a controller that looks just like that of the Sony PlayStation. If you have ever played the console, then you are likely familiar with the controller layout. Just remember, the mount at the top of the controller is only big enough to fit a smartphone, not a tablet.

The Typhoon H Pro, H920 Plus, and H520 have big, rectangular controllers with built-in HD screens. There is no mount for attaching a device. Rather everything can be done using the controller buttons, steering sticks, and HD screen.

It’s hard to pick an overall winner. We like the controllers used by the Mavic 2, Mavic Pro, Mavic Air, and Spark because they are small, easy to use, and you can attach either a tablet of smartphone. However, the decision is quite subjective, and other users may prefer a different design.

Each drone has a variety of intelligent flight modes available. To access them you will need to download the manufacturer’s app onto a smartphone or tablet.

It is beyond the scope of this article to cover every available mode for every drone. However, we will discuss the main ones.

Pretty much every model has a follow me mode (or a variation of it). This causes the drone to follow its operator and keep them centered in its camera lenses

You will also find that many models offer a beginner mode. This limits flight speed and distance so that beginners can build up confidence. Many also feature an orbit mode (or some variation of it). This requires operators to select a subject, which the drone will then circle so that footage can be captured from a variety of angles.

Overall, it’s hard to select an overall winner in this category, as there is such a broad range of flight modes available.

The approximate Amazon price for each drone is shown below. These prices are for standalone models with a controller.

It should be noted that the Inspire 2 price is for the drone with a Zenmuse X5S camera. There are also cheaper options. However, they will incorporate a less powerful camera.

You will also see a variety of bundle deals available for each drone. These will cost a bit more and generally include a range of accessories. Handy extras include spare batteries, charging hubs, and SD cards. If you do end up wanting a bundle deal, then we recommend reading the inventory list closely so that you know exactly what you’re getting.

The Breeze is the most affordable drone at a mere $180 and wins this category.

We have tallied up the points and displayed them below. You can also see in which categories the scores were awarded.

Which Drone(s) is the Most Powerful?

Overall, the Inspire 2 and the Mavic 2 are the most powerful crafts. The Inspire 2 is the fastest while the Mavic 2 has the longest flight range. Both drones have a solid flight time as well.

The Inspire 2 has the most powerful camera available for any drone. Both 4K and 5.2K video can be recorded and 20 megapixel still shots can be taken. The Mavic 2 has the most extensive obstacle avoidance system. The Inspire 2 is not far behind on that front.

The main downside in buying both these drones is the price. You will need to pay around $4,900 for the Inspire 2 and $1439 for the Mavic 2. Such high prices tend to be more suited to professional filmmakers and photographers rather than casual pilots.

Also, don’t expect to keep these drones hidden away in your pocket. The Inspire 2 weighs 4000 grams and requires a decent-sized backpack to carry. The Mavic 2 has a big advantage in that front over the Inspire 2 with a weight of slightly over 900 grams.

If you are looking to save some money and buy an older model with excellent features, then the Phantom 4 Pro is an option. Its camera isn’t quite as good, and it’s a little slower, but overall it’s an excellent piece of technology. If you don’t have the money for an Inspire2 then you can save thousands by getting the Phantom 4 Pro instead.

So that we don’t seem biased for DJI, we should also mention Yuneec’s H520. This drone has a great camera, great flight time, and excellent obstacle avoidance systems. However, it does have a rather limited 1-mile range, as well as a hefty $3,000 price tag.

Which Drone(s) is the Best Value for Money?

The cheapest drone in our list is the Mavic Mini. However, other than great portability and decent flight time, it has nothing exciting to offer.

We like the Mavic Pro. For just $700 you are getting an extremely portable drone. But don’t think that its small size makes it underpowered. A 27 minute flight time, 40mph max speed, and 4.3-mile range make it one of the best drones to fly. Don’t forget about the 4K camera and obstacle avoidance sensors.

The Mavic Air is also a good choice at $800. It has better obstacle avoidance systems than the Mavic Pro, is a bit more portable, and slightly faster. However, it does have a shorter range and flight time.