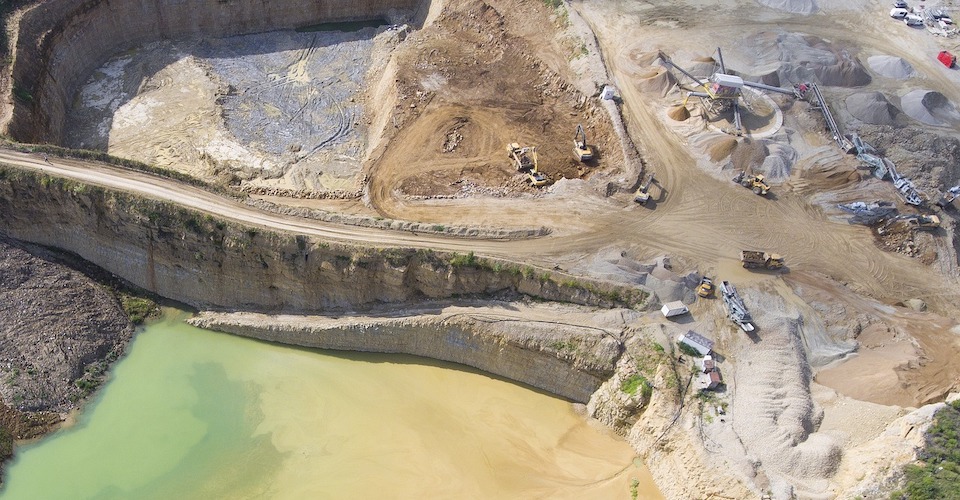 Drone Applications in the Construction Industry

by Joseph Flynt
Posted on December 16, 2018
13 Shares
3D Insider is ad supported and earns money from clicks and other ways.
DJI has just released the Mavic Air 2. See all of the specs here.

It’s very apparent that advances in drone technology have affected several industries. Between its applications in entertainment, photography, infrastructure, and agriculture, the commercial drone industry is estimated to have a value in the range of billions of dollars by 2025. The construction industry has been forecasted to experience the fastest growth rate out of all commercial drone applications. In fact, the rise has been meteoric – the last year has seen drone applications in the construction industry rise by more than 200%.

In this article, we take a look at all the applications and the benefits drone technology can offer to construction jobs and attempt to discover why exactly it is seemingly the new frontier of commercial drone services.

Get a Commercial Drone License: Use coupon code ‘3d50’ for $50 off Drone Launch Academy.

How big is the market for commercial drone services in the construction industry?

According to the Commercial Drone Industry Trends report by DroneDeploy which was published in May 2018, the construction industry has become the leader in terms of adoption rate of commercial drone services. At a staggering 239% growth in industry adoption, it is only a matter of time before the construction industry starts to rival the drone photography sector in terms of market share.

Most construction firms use drone technology for quick and safe progress monitoring and real-time communication, with applications for pre-construction site planning not far behind. Instead of relying on traditional methods of data collection such as manual inspection and measurement, or surveys by manned aircraft, the use of drones has provided construction firms with up to a twenty-fold increase in time savings, thereby reducing man-hours and operating costs.

In 2018, DJI received the largest ever order for commercial drones from Skycatch, a US-based tech firm that specializes in creating maps and models using drones for the construction and mining industries. On the other side of the world, the Japanese construction firm Komatsu has initiated a project that will utilize 1,000 drones to help in the monitoring and surveillance of their ongoing and future projects.

Applications of drones in the construction industry

Before a construction job even starts, a drone can be employed to do a quick survey of the construction site to generate a detailed Digital Elevation Model (DEM). A DEM Is a 3D model that shows the elevation variations in a survey area which construction engineers can use to assess the availability of earthwork or the location of deep trenches for drainage.

This is a task that is particularly suited for drones, especially for very large areas that will take several days or weeks to survey using traditional methods. Depending on the desired level of accuracy and the project budget, a construction engineer can choose to use either photogrammetry or LiDAR technology. A detailed survey of a typical construction site will typically only last a few minutes, and post-processing of data and preparation of models can be finished in a few days.

Drones have the unique capability of doing quick fly-bys of the construction site while the project is ongoing, allowing project engineers and construction engineers to monitor day-to-day activities regularly. Even large construction sites can be monitored quickly at a degree of detail that was not possible before the use of drones. Drones also allow safety engineers to identify hazardous working conditions and other health and safety risks, giving them time to step in instantly to avoid work-related accidents.

With the use of drones, project managers and engineers can conduct detailed construction inspects without subjecting themselves to unnecessary risks. Project monitoring can be done in the safety of the site cabin. With real-time FPV video capabilities, project managers have full control of which part of the site they want to inspect.

Drones have pretty much changed the game when it comes to advertisement. From real estate to tourism, drone photography offers a scope of photo and video coverage that was not possible before at the same cost and convenience that a drone can offer. Commercial construction sites can harness the same advantage by showing off the extent and quality of a construction job by taking aerial images from a variety of angles.

The high-quality video capabilities of drones also make it possible to provide promotional materials beyond just aerial images.  It’s now possible to offer clients with virtual walk-arounds and even a live video feed of your ongoing construction project. Drone footage is an especially powerful marketing tool – a fact that the real estate industry will probably vouch for.

Ground-based laser scanning has been used for several years to create accurate 3D models of terrain and small buildings, but this same technology has also been mounted on drones to increase it scope. Drone-mounted LiDAR sensors can be used to generate highly accurate models of any three-dimensional object – even an entire construction project.

A 3D model generated by LiDAR can be rotated, manipulated, and examined in detail, allowing project managers and construction engineers to monitor progress and to identify problem areas in the comfort of their offices. 3D models are also a great marketing tool for potential clients and stakeholders.

Payload drones can be outfitted with more than just regular cameras – they can also carry multispectral cameras that can identify infrared signatures. This gives drones the capability of capturing thermal images that show spots of exceptionally high or low temperatures.

This type of survey is generally done very near the completion of a construction job. Hot spots can occur in areas with problematic electrical wiring, or in areas where the heating system is leaking. A detailed thermal survey is a useful tool to ensure that future fire hazards are identified even before a construction job is completed, while identification of heating leakages keeps utility waste at a minimum.

The challenges of using drones in construction sites

The use of drones in construction projects represents a value-added service and is considered a commercial drone activity. This puts construction-related drone activities within the scope of the FAA’s Part 107 rules and restrictions. Among other requirements, the first necessity in performing drone flight over a construction site is that it has to be conducted or supervised by a Part 107-certified drone pilot.

The most relevant restriction under Part 107 that will most likely apply to construction jobs is the prohibition of flight over crowded areas. This means that you cannot fly a drone over a construction site while construction is in full swing, as all the workers will be considered “non-participants”. The best way to work around this restriction is to schedule inspection surveys at times when there are no workers on the site, such as during breaks.

A more long-term solution, although it also takes more work, is to apply for a Part 107 waiver specifically for the restriction on flying over crowded areas. This involves providing the FAA with a detailed description of the job to be undertaken, as well as all the safety measures you intend to take to avoid untoward accidents. There is no guarantee that the FAA will approve a waiver application. In fact, the fraction of approved waiver applications for flight over crowded areas is very small. Still, this is a more sustainable and versatile solution that is worth a try.

What does the future hold?

The advanced capabilities of drones will allow countries in the lagging end of technology adoption to leap-frog over old and obsolete technology. As more and more construction firms start to employ more drone in their construction projects, smaller firms will have the advantage of being “second adopters” by inheriting technology has that been thoroughly tested and developed. Thus, we expect that the use of drones in construction jobs will be a common practice in the coming years.

Right now, there are already talks of drones being developed that are capable of more than just surveillance or modeling. The so-called “Skycatch Explore 1” is rumored to be the prototype of a robotic construction vehicle that will bring forth the era of truly automated construction sites.

A company called DroneSmartX has started to offer the service of “Smart Drones” to construction firms. Equipped with smart sensors, such as RFID and Bluetooth 4.0, these drones can automatically monitor inventory of RFID-tagged materials in the construction site, improving asset visibility and promoting better resource management. All the data these drones collect can be uploaded on a cloud-based server for remote monitoring. The drones can also be used to identify potentially dangerous conditions, as well as to monitor personnel movement and attendance records.

As shown by the increase in applications of drone technology in the past year, the construction industry seems to be the new frontier for commercial drone services. With benefits in terms of personnel safety, productivity, efficiency, and communication, we expect more and more construction firms to recognize and take advantage of the capabilities of drones.

There are still a couple of complications regarding the use of drones in construction, especially in aspects that are in conflict of the Part 107 restrictions. Still, we expect these regulatory standards to mature and catch up with the technology. With drone technology evolving at such an accelerated rate, perhaps it is not far-fetched to foresee a future where drones outnumber humans in construction sites.