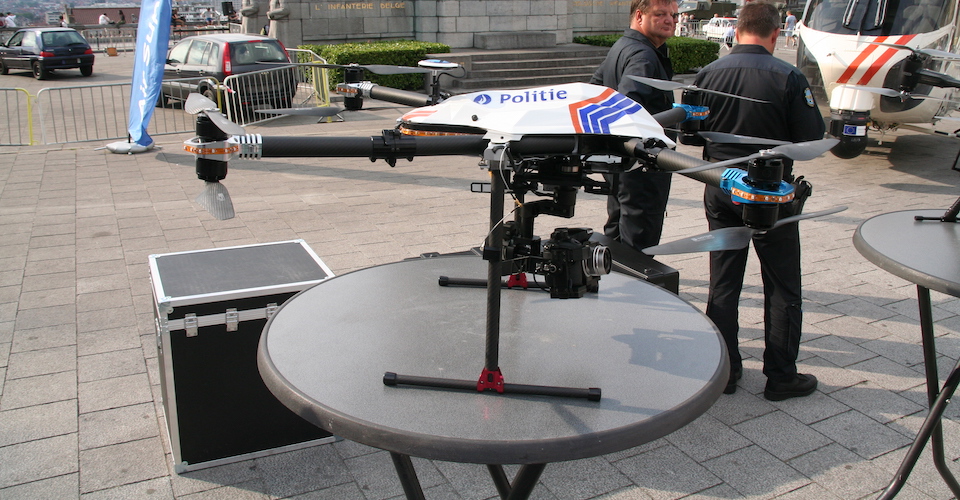 by Joseph Flynt
Posted on October 26, 2018
13 Shares
DJI has just released the Mavic Mini. See all of the specs here.

As the age of drones takes off, the sky appears to be the limit. Police authorities from all over the country have been opting in to innovative projects in which drones are used to fight crime. Everything from preventing drug selling to tracking suspected terrorists, these nifty little flying machines are proving useful in ways previously thought unimaginable.

But there’s always two sides to a coin.

As they get more sophisticated and indeed more useful, what happens when they get in the wrong hands? Crime can be prevented with the use of drones, but can it also be helping those who are committing it? It appears that they very much can.

As far back as 2015, it was reported that drones were being used to assist burglars. The mini helicopters were being deployed to take surveillance photographs from above victims homes, which posed a whole new threat to home security.

In Northern Ireland, it was reported how a drone was used to target a cash machine and spy on people putting in their PIN codes. After it was spotted, it flew away and crashed into a taxi.

Only last year, a drone carrying drugs to a Manchester prison was spotted by a guard and stopped in its tracks. The drone had been painted black and sent into the night sky like an invisible robot, but it made noise as it lowered to the ground of the jail.

The police are fighting back against drone crime, with the same method of operation as the criminals themselves. Devon and Cornwall Police started exploring the world of drones back in 2016. North Wales Police joined in on the action in early 2018, with many others following suit. It is expected that Great Manchester Police will start a similar project in the very near future.

The use of drones with the authorities is hopefully going to help track suspects in firearm incidents as well as in counter-terrorism operations.

How you can use drones safely

There are numerous rules around drone flying to ensure you are safe and not interfering with anything.

It’s absolutely worth making sure you invest in a drone from a known brand, to avoid any malfunctioning that could be costly. To avoid your drone getting faulty in unpredictable weather, or from general wear and tear, invest in drone cases from the Case Farm as they are known for being waterproof, durable and well-made. The only other big rule is to not commit any crimes and to use your drone as safely as possible.