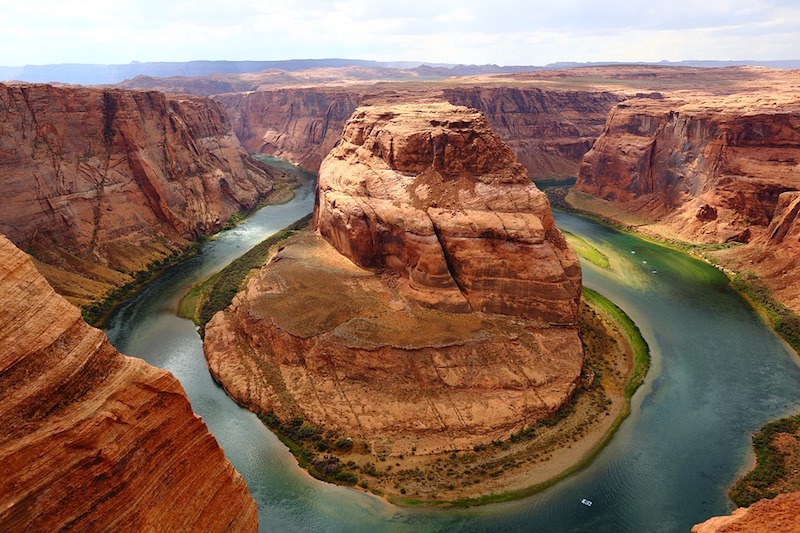 Can You Fly a Drone in Parks, National Forests, and Wilderness Areas?

by Amada Pearson
Posted on February 1, 2018
31 Shares
3D Insider is ad supported and earns money from clicks, commissions from sales, and other ways.
DJI has just released the Mavic Air 2. See all of the specs here.

Drones, also referred to as Unmanned Aerial Vehicles (UAV), are pilotless aircrafts with the capability to fly either by remote control or through the use of onboard computers. They are progressively becoming red-hot gadgets and many people are now proud owners. Research conducted in 2014, showed that the commercial drone market was worth $552 million. Market value is now estimated to reach $13 billion by 2020 and increase to $90 billion by 2025.

Drones are becoming increasingly popular and more people want to know where they can and cannot fly. We provide some information on this below.

Can you Fly a Drone in a National Park?

No, you can’t. Drone owners are aware they should keep their gadgets away from airports but are often surprised to find out that they also can’t use them in National Parks.

In August 2014, the National Park Service (NPS) made it illegal to operate drones in National Parks under 36 CFR 1.5. Jon Jarvis, the NPS Director, issued a no-drones policy quoting safety and noise issues. According to Jarvis, drones are forbidden in the National Parks as their presence can be disturbing, both to people in the parks and to wildlife.

The ban covers full-fledged National Parks, monuments, historic sites, battlefields, seashores, biking and walking trails, rivers, and other places run by the NPS. Going against the prohibition can lead to a $5,000 penalty and six months in prison. A tourist was penalized for flying a drone into Grand Prismatic Spring located in Yellowstone National Park in 2014.

It may be possible to legally fly into a National Park as long as you do not takeoff or land on park property. This is because the FAA controls all airspace in the United States. Most monuments are further than the max range of 7 KM (4.3 miles) most high end drones have, so this can be challenging. This is still risky as the National Park may still be able to cite you under several different provisions. Do this at your own risk.

Drones can only be piloted in National Parks by licensed professionals with permits for search and rescue missions, fire safety, science studies, and research. In practice, these permits are almost never issued. This is a shame because National Parks are a national treasure and it would be awesome to see them from never before seen angles.

Can you fly a Drone in a National Forest?

Most of the time National Forests are okay with flight, but they may require that you get a special permit for commercial flights.

Can you fly a Drone in Wilderness Areas?

These areas are considered ecologically sensitive—hosting threatened or even endangered wildlife that can be excessively affected by drone operations. Flying a drone near or over wildlife can create pressure that may change their natural behaviors, cause harm, and even death. Drone flights can harass and disturb animals and people enjoying the privacy of the wilderness. To help you be clear on the no-drone areas, you can download and use a map that shows the restricted areas and their locations.

Can you fly your drone in state parks?

Each state, county, and even city may regulate the use of drones in their jurisdiction. We recommend spending time figuring out local drone laws. Some cities have $500 or more fines for flying in restricted parks.

Many state parks allow for drone flight, but always check in advance and ensure that you are still 5 miles away from the nearest airport.

Before You Fly Your Drone

If you own a drone or plan to operate one in future, there are strings attached. Dos and don’ts that include rules and regulations of the areas where you can, or cannot fly your drone.

As drones become more and more popular, states have passed regulations on how they are to be used. If you want to enjoy flying your drone around, you need to register it with Federal Aviation Administration (FAA). According to FAA, drones weighing between 0.55 and 55 pounds must be registered. Registration is quick and easy with validity lasting three years at a fee of $5 at the FAA website. Drone owners are required to provide a name, a physical address and an email address. They must also register the drone’s serial number or mark it with a unique code received after the registration process. Failing to register your drone can make you face hefty penalties of above $27000 with criminal fines including charges of more than $250000.

For hobbyists, a license is not necessary. However, if you are operating a drone for commercial use, you need to have a permit and perform under Part 107 regulations. Licensing is easy and straightforward. To obtain a license, you need to be 16 and above. You also need to be able to speak, read, write and understand English. You must also be in a healthy mental state and pass an aeronautical exam at an FAA-approved center. After you pass the test, you can go ahead and enjoy flying your drone.

While you can license and enjoy flying your drone, it is important to be considerate of other people. Flying a drone in residential and town areas should be done with great caution. Many people are anxious about drones and may cause a fuss after spotting one. Make sure you don’t fly irresponsibly around people, or you could face a fine. Always obey laws governing the use of unmanned aerial vehicles. The following can help you take and keep control of your drone.

Where to Fly and Where Not to Fly Your Drone

After registering, obtaining a license and are now armed with drone flying tips, you need to be aware of where, and when you can fly your drone. For instance, it’s a good idea to stick to open fields and avoid schools, churches, houses, hospitals, stadiums, prisons, busy roads and power stations. Also we suggest you keep your drone away from inhabited and noise-sensitive areas including campgrounds, visitor centers, and trailheads.

Drones are already revolutionizing commercial and recreational operations. It is crucial for drone users to be aware of the rules that govern drone usage with regards to where, how and when to fly drones. Keep in mind that regulations differ on whether flying drone is intended for profitable or personal use.

Amada Pearson
I've always been interested in tech and I've been writing about it for 6 years. I love reporting on what is new and sharing it with you.
0 comments
Share now:
31 Shares
YOU MAY ALSO LIKE
SEE MORE