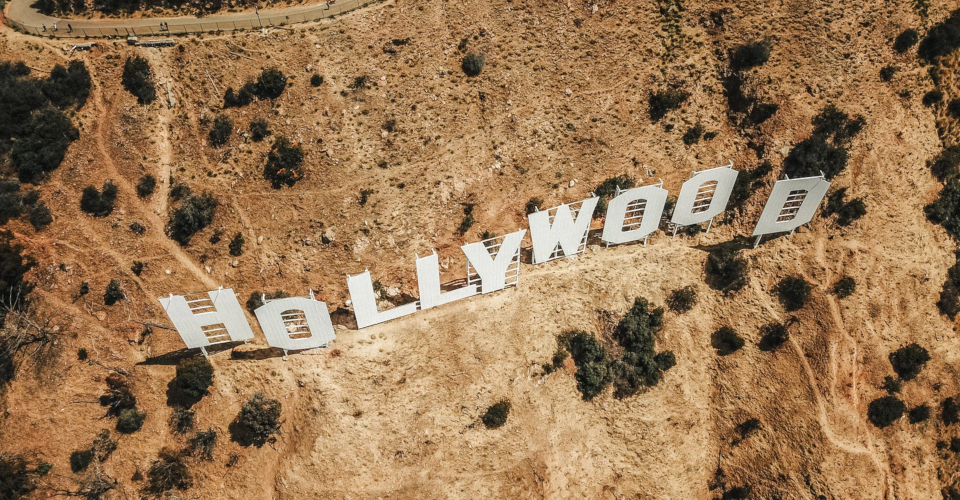 by Joseph Flynt
Posted on October 6, 2020
13 Shares
3D Insider is ad supported and earns money from clicks, commissions from sales, and other ways.

One of the signs that drone technology has made it to the mainstream is that more and more Hollywood videos are now using it as a plot device. More than just a filmmaking tool, drones now frequently find their way into the actual scenes, typically as weapons or surveillance tools.

Just for fun, let’s look at how the outlook of the movie industry on drones has changed through the years. How realistically are drones portrayed in these movies? Does the movie equivalent of drone technology look like the technology we see in real life?

In this film directed by Michael Crichton and starring Tom Selleck, we are given a glimpse of a future where autonomous robots have become as common as any electric device. The problem is that these robots have a mind of their own and can run away. Tom Selleck plays a veteran police officer who hunts down these runaways under a special unit of the police force.

Similarities to the plot of Blade Runner aside, Runaway features one of the first few depictions in a major Hollywood movie. It didn’t just have flying drones – it also had a drone on wheels that could hold a gun, as well as a spider-like drone that could jump around and latch onto people. Drones were used by both the good and the bad guys as a means of air support and surveillance.

Nowadays, many police departments all over the world have started using drones. It is an excellent way to provide surveillance in the field without having to expose police officers to unnecessary risk. Limitations in radio communications still limit how drones can be flown indoors by a pilot that is located remotely. Still, it’s nice to see a move from more than 30 years ago come close to the reality of how drones are used nowadays. 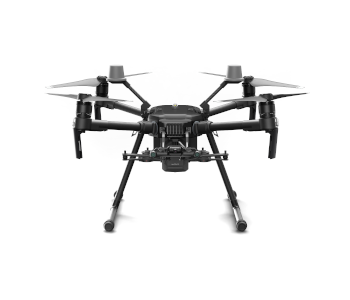 This star-studded action film by Rob Cohen is probably the most egregious use of drone technology combined with AI. The main premise of the film is centered on a fighter-bomber jet that has been augmented with artificial intelligence – called the EDI – allowing it to carry out missions without a human pilot inside.

The problem comes up when the EDI gets hit by lightning, thus getting reprogrammed and refusing to follow orders. The AI also starts learning and developing its own code of ethics, which will prove to be a challenge to the team of three fighter pilots assigned to take it down.

Stealth did for drone technology what Jaws did for sharks. The movie tapped into this newfound fear of technology getting out of control and developing its own consciousness. Of course, human skill and courage still win over technology at the end of the movie.

Nowadays, we are still very far away from developing true AI that can make decisions independently. In the field of drones, there have been lots of efforts through the years to come up with a truly autonomous drone. However, the best that we have right now can only be described as “automated” – drones that can be programmed to follow pre-set flight paths, track a certain subject, or avoid obstacles.

Even if true autonomous drones can be created, the technology will come up against heavy regulation before it becomes commonplace. For years, the idea of automated drone parcel delivery has been floated by major retailers like Walmart and Amazon. Those ideas are yet to come to fruition.

It seems that the fears of AI-driven drones hunting down people are still unfounded. If there’s anything to be afraid of, it’s the people who are manipulating the controls.

In another film set in a dystopian future, a smuggler is tasked with escorting a mysterious girl from Europe to New York for reasons unknown even to them. Along the way, they are hunted by mercenaries using an array of weapons – from submarines to guided missiles and, you guessed it, drones.

The drone scene happens just as our group of protagonists crosses the border of Alaska along snowmobiles. They are attacked by several fixed-wing drones that can keep up with them in terms of speed. The drones are equipped with both missiles and guns, making them fairly dangerous even against our hardened smuggler.

Drones that have a payload of heavy weapons aren’t exactly restricted to fiction – military units around the world have been doing drone strikes for years. All this military activity has not helped the reputation of drones. For several years, people only knew drones as weapons for military surveillance and warfare.

It would be remiss for us to not recognize that this early reputation of drones has not affected how drones are viewed by the public nowadays. Most people still aren’t comfortable with the idea of drones flying above them. They aren’t entirely to blame, as drone-related security and privacy incidents happen practically daily.

This blockbuster summer movie from Marvel Studios featured our favorite webcrawler coming up against a disgruntled special-effects expert. Through a system of holograms, illusions, and bit actors, Mysterio is able to outsmart our hero – up until the very end, of course.

During the climax, we see the villain of the movie use a fleet of drones equipped with light projectors to create a giant hologram over Venice. There were probably hundreds of these drones during the last few scenes that were all being conveniently controlled by Mysterio using the EDITH AI system.

The drones featured in this film are a lot more powerful and versatile than the ones we see in real life. Not only can the drones carry light projectors, but they also had combat capabilities that were a threat even to a superpowered hero.

Being able to control a fleet of a hundred drones is no longer impossible nowadays, and it doesn’t even need sophisticated AI. Drone light shows have been a mainstay for major crowd-drawing events in the last couple of years. They are a step up from fireworks in terms of creative possibilities, although they are certainly a lot more expensive. In this case, programming of a fleet of drones is the product of weeks of preparation – there’s no sophisticated AI here that you can just order around with voice commands.

In the most recent iteration of this franchise, our titular “Bad Boys” are aided by a new division of the Miami police force, the Advanced Miami Metro Operations (AMMO). Instead of going in guns blazing, this new division relied on technology and data to approach situations with a bit more subtlety and intelligence.

A great demonstration of this new ability was when AMMO had to stake out a drug deal. Instead of sending out people to the scene, they sent out a drone – a Mavic Pro, in this case. Through the drone’s live video feed, the team at the surveillance van was able to see how the deal went down all without the perps noticing.

Although drones are actually used by surveillance in real life, it would be impossible to fly so close to people without having them notice that there was a drone there. This is because drones are very loud. Still, we appreciate the accuracy of representing the thermal imaging capabilities of the Mavic line.

A separate scene featured an armed Matrice 210 as an assault weapon. This probably isn’t outside the realm of possibility, but we can imagine how difficult it would be to aim a shot will all that recoil.

While it’s fun seeing drones in movies, it can get a little bit tiring seeing them used as weapons. In most cases, they are basically stand-ins for the usual henchmen or mercenaries. Some movies also tend to go over the top in how they depict drones, although we can chalk that up to the creative liberties of the filmmakers.

It’s nice to see actual drone models showcased in the 2020 movie Bad Boys for Life, although how they were used was still far from being realistic. Perhaps the reality of drone technology is far too boring for Hollywood movies.

It would be our dream to see drones used in movies in a more positive light and not as tools usually used by the bad guys. We realize that it might be a bit of a stretch, but we always say that reality is stranger than fiction. If it were up to you, how would you shoehorn drone technology into a major Hollywood movie?