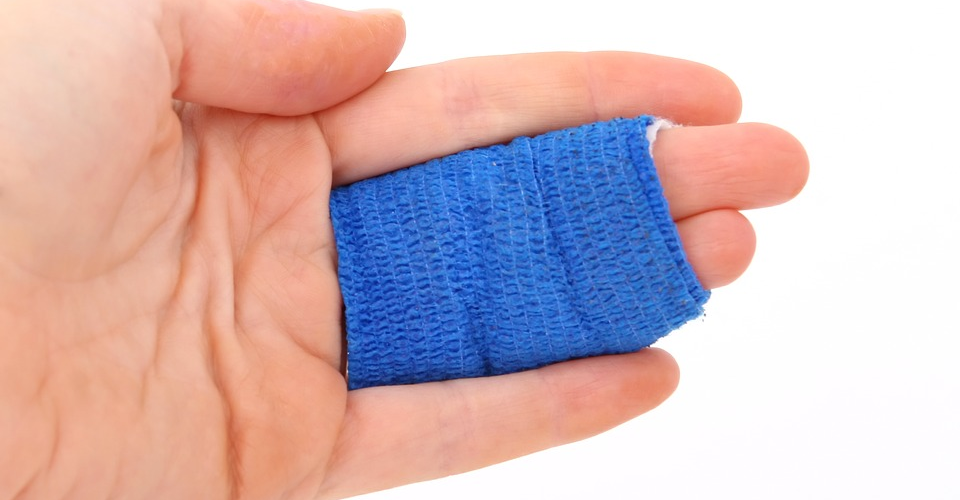 by Joseph Flynt
Posted on June 9, 2019
15 Shares
3D Insider is ad supported and earns money from clicks, commissions from sales, and other ways.
DJI has just released the Mavic Air 2. See all of the specs here.

The growth of social media and YouTube has led to a significant increase in drone ownership. Many of our friends have consumer drones with cameras attached to them. These drones are commonly used for taking photos and videos of special events and travel destinations.

The use of drones has also increased quite significantly in the commercial sector. The recent FAA regulations have made it easier for drones to be used by commercial entities for business purposes. Industries like real estate, logistics, and agriculture have started using drones for a range of functions. Even emergency services and disaster management agencies are beginning to use drones for their work. There is vast potential for drone usage in everyday life. Personal and commercial drone usage has greatly increased and there are more drones in the air then there have ever been.

As with all things and products, there are benefits and risks. One of the risks of using drones is the possibility of drone injuries. The injury can occur by the drone itself falling on a human or by the fast rotating propellers of the drone coming into contact with the human body.

Small drone propellers are short and relatively softer. Hence, they may cause small injuries, but not very serious ones. The propellers of larger drones are long and rigid. They can cause some serious damage.

Large drones weigh a lot more than small drones. Hence, a large drone falling onto a human head can cause serious cuts or even brain damage. Smaller drones can cause cuts or concussion as well.

Some instances when drones caused injuries

The most famous drone crashing news was in 2015 when a drone landed in the lawn of the White House. Apparently, an operator under the influence of alcohol was operating the drone.

In late 2016, a drone meant to shoot a wedding video crashed onto two guests of the wedding. One of the guests suffered a concussion while the other guest had to take 20 stitches on her head due to a cut made by the falling drone.

In late 2015, a drone covering a Thanksgiving Day running event crashed onto a pack of runners and injured two of the participants.

A newspaper photographer from New York suffered cuts to her nose and chin while sitting inside a TGI Fridays restaurant. The restaurant was running a marketing campaign where a mistletoe would be hovered over diners using a drone prompting those diners to kiss. The promotion ended quite badly.

Even wildlife could be injured by drones. There was one instance in Cambridge, Massachusetts when a red-tailed hawk attacked a drone flying over a park. While the drone crashed and the video of the “fight” went viral, the hawk could easily have been injured by the rotors of the drone.

Types of injuries caused by drones

Drones may be amazing tools that make life easier for their users and bring joy to their lives. However, they have fast moving components which can cause serious damage, bodily and monetary. While most drone owners do not want to get hurt or hurt someone else, there are instances of people getting injured by drones. Discussed below are some of the types of injuries caused by drones. Do note that these injuries can be caused by small consumer drones weighing between one and three pounds. Large commercial drones with a much heavier body can easily cause death.

Injury to the head

A drone, when crashing, can drop on a person’s head. This can lead to cuts in the head which need stitches or a concussion. Heavier drones falling on a human head can even lead to death. Scientists at Virginia Tech have even measured the amount of damage that a drone can cause on the human brain.

Injury to the face

A drone that flies into someone’s face can lead to a black eye, a bloody nose, or cuts/bruises/bumps to the face. The drone operator obviously does not fly a drone into someone intentionally, but faults can happen. The drone can accidentally hit someone or fall on someone, causing injuries to the head and face.

To avoid head and face injuries, try flying your drone in open outdoor spaces. Flying the drone indoors greatly increases the risk of an injury from a drone crash. The indoor space is littered with obstacles, and if the drone hits even one of them, then it can come crashing onto someone’s head.

Also, make sure you do not fly over people. The drone safety guidelines discourage flight over crowds of people. If anything happens to the drone, then there are plenty of unsuspecting targets on the ground that can get hit and seriously injured.

Lastly, try not to perform too many stunts or tricks when flying your drone. Complex maneuvers increase the chances of the drone not functioning and falling to the ground. Master the basics before you attempt any flips. Even when you have mastered the drone flight controls, try to maintain a stable flight.

Injury to the fingers and arms 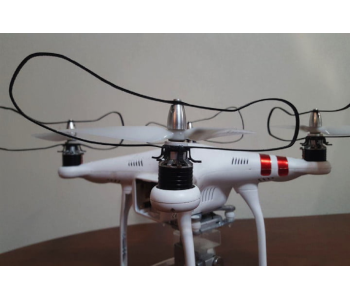 A drone’s propeller blades can cut through skin and sometimes even cause bone damage. Besides causing cuts and bleeding on the fingers and arms, motor-driven propellers can break bones and even lead to finger decapitation in extreme cases.

In order to avoid injuries to the fingers and arms, be careful not to take your fingers or arms too close to a drone whose blades are spinning. In fact, if the drone is armed and the rotors are spinning, do not touch or try to pick up the drone with your hands.

Also, try not to land the drone on your hand or palm as a stunt trick. A sudden gust of wind or bad weather can throw the drone off and make the propellers come in contact with your body. It is a best practice to always bring the drone down, disarm the propellers, and let the motors stop before touching the aircraft.

Additionally, it is not advisable to mount the propellers indoors. It is always a good idea to mount propellers at the very end of a starting-up routine. It is the very last step before you are about to fly. If you are flying your drone indoors some reason, then be very careful in setting up the drone.

Another advice for avoiding finger and arm injuries is to use propeller guards when possible. The guards may not be part of the drone package and you may have to purchase them separately. However, they are worth the money. They not only protect the drone from getting damaged by coming in contact with a surface, but they also protect the drone users. Propellers may not make your drone look cool, but they definitely lower the risk of injury.

If you are using a Parrot drone, then you must mount the protective hull that mounts onto the drone body. The hull is made of Styrofoam, so the weight is negligible and it does not affect your drone maneuverability.

Another option is to purchase a device like this one, which will stop the propellers in 0.06 seconds if it senses a finger too close to the drone. It only costs something like $20 but will save you hundreds of dollars in doctor and surgery fees.

With some precautions, one can reduce the risk of drone injuries. Every drone normally comes with a set of safety guidelines in its user manual. These guidelines are important and meant to be read. Do not treat the user manual as a user manual for a PS2 game console. Flying drones is a serious activity (regulated by the FAA) and hence you must familiarize yourself with the best practices and safety precautions before you make that first drone flight.

If you follow the advice in this article and the safety guidelines that your drone manufacturer has provided you with, then you should not experience any drone-related injuries. Fly safe!