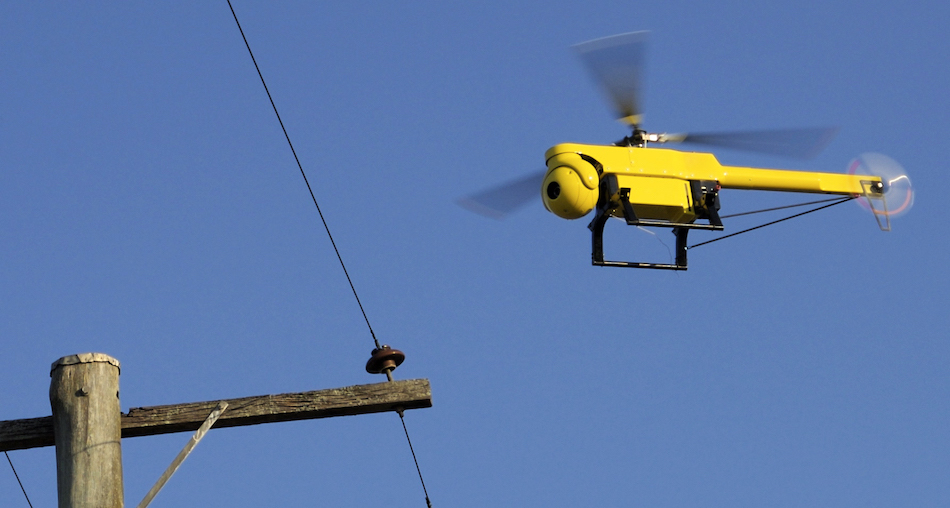 by Joseph Flynt
Posted on September 28, 2017
16 Shares
DJI has just released the Mavic Mini. See all of the specs here.

You may know that drones are often used for conducting inspections of buildings and large fields. But did you know drones have quickly become such a popular option in this field and that inspections conducted by drones is now a billion dollar industry? Let’s look at some of the major reasons why inspection drones are so popular:

The very purpose of an inspection is to get to know an unfamiliar territory. When human workers carry out inspections, they usually carry some form of protective gear with them, which can be anything from a helmet to a full body hazmat suit. Without protection, the workers face the very real threat of getting poisoned by a toxic atmosphere, having unstable structures fall on top of them, and any number of similar disasters.

With the use of drones, the risk to human workers is completely removed. The worker carrying out the inspection doesn’t need to go anywhere near the place of inspection. They can control the drone from a safe distance. The company no longer has to worry about one of their workers getting sick or injured during inspections, and work can be carried much more efficiently.

2. They are very Fast

Drones have humans beat hands down when it comes to getting from point A to B. There is simply no comparison of speed between humans who have to stay on the ground during inspections and drones which can fly forward, backward, straight up and straight down at much faster speeds than what a human could achieve.

This is why inspections carried out by drones are completed far more quickly than anything human workers can achieve. Inspection of fields that used to take one whole day if not several now only take a few hours.

3. They Record their Findings

With drones, the camera comes as part of its set-up. This camera is used by the human pilot to see what the drone sees during an inspection. All the footage collected by the drone is recorded automatically, and can even be used to create a 3D map of the inspected area within hours!

4. They Can Go Anywhere

One of the biggest concerns for human workers who need to carry out inspections is trying to decide whether an area that needs to be inspected might pose a danger to the health and well-being of the worker. Even if the area is deemed safe to venture into, it can often prove very difficult for human workers to access every part of the site without resorting to the use of helicopters and other aids.

Drone inspections, on the other hand, never have to worry about accessibility. Whether the inspection needs to be carried out on toxic grounds, on top of buildings, or near unstable structures, drones can merrily zoom along their path without ever touching the ground or being in any way affected by toxic gases.

Since drones are faster and safer than human inspections, they save companies money and time. When drones have high-tech sensors attached to them they can collect more data than a human inspector with less error.

For all these reasons and more, drones have quickly become the go-to choice for site inspections. However, before investing in an inspection drone, remember to ask the following three questions:

Is the drone covered by insurance? While the chances of injury are far less with drones, accidents could always occur which could end up damaging the drone. Insurance for your drone will ensure such accidents do not become a loss for the company and work can quickly be resumed with another drone.

Does the pilot handling the drone have experience flying at construction sites? Most people learn to fly drones in open fields, and it takes much more skill and finesse to fly a drone near buildings and close to the ground without making it crash.

Now let’s talk about which drone models are best suited for this particular job. Below is a list of some of the most popular drones used for inspections:

With 4K UHD video recording and a 3-axis gimbal, the DJI Phantom 3 offers great stability during indoor flights and records excellent footage. It offers live viewing at 720p video and an app which allows for complete camera control.

The Yuneec Typhoon offers a 7-inch Android touchscreen along with an ST16 Pro all-in-one controller, extra battery, extra props, wizard and backpack. An ultrasonic collision prevention software makes flying in enclosed areas safer. It also offers 4K ultra high definition video with 12-megapixel photos, along with a full 360 degree anti-vibration gimbal. It can be folded into itself to be packed into a smaller space for easy transportation.

Formerly a military drone, the Aeron Skyranger quickly became popular in commercial industry circles. A high-endurance aircraft, it can stay in the air for up to 50 minutes in challenging environments. It offers high-resolution imaging from distances of up to 100 feet. It’s perfect for inspecting live wire lines from a safe distance.