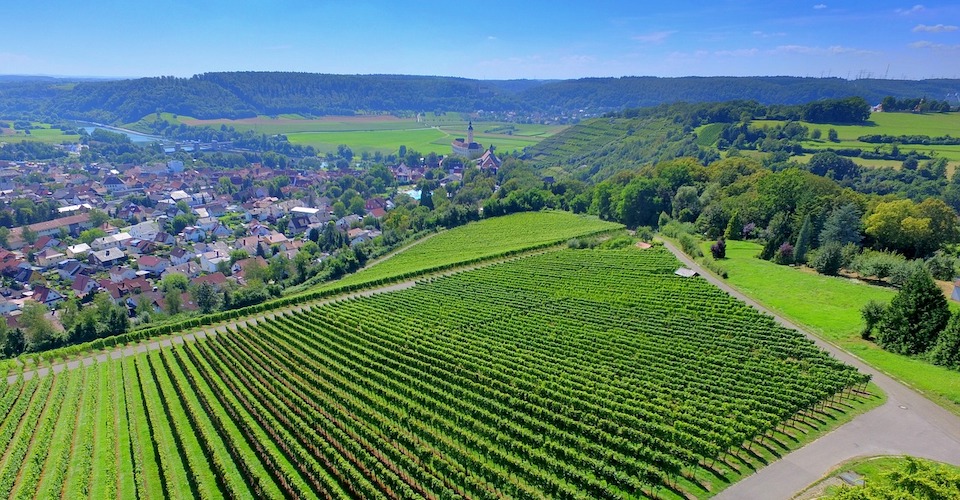 by Joseph Flynt
Posted on December 26, 2018
13 Shares
3D Insider is ad supported and earns money from clicks and other ways.
DJI has just released the Mavic Air 2. See all of the specs here.

The term “drone mapping” is centered on the capability of drones to capture multiple aerial images quickly and accurately. Drone mapping can refer to the reproduction of 3D models using overlapping images, the creation of crop distribution maps using data from NDVI sensors, or the generation of thermal maps using an infrared camera. With such a wide array of abilities, drone mapping has been used in several industries such as construction, precision agriculture, search and rescue, electrical line inspection, and mapping of topographical features.

What is drone mapping?

The traditional methods of mapping involved surveyors having to physically access points within the area of interest and taking detailed measurements at the ground level. This is a process that can take several weeks to finish. It can also be very challenging for surveyors to take measurements in hard-to-access areas.

Drone technology has revolutionized this field. By capturing aerial images in lieu of taking measurements on the ground, a job that would take several weeks to finish in the traditional way can be finished in a few hours by a single drone. Drone mapping is a safer, faster, and more accurate alternative to traditional mapping that has been embraced by industries the world over.

The field of drone mapping continues to expand as drones, cameras, and sensors likewise continue to evolve in terms of technology and their capabilities. At its very core, drone mapping consists of capturing several overlapping images of a survey area and stitching these images to produce highly informative maps and models.

A key aspect of drone mapping is that each data point generated during the survey is associated with locational data. This makes each data point tied to a specific point space, or “geospatial” in nature. For instance, each pixel in every aerial image captured during drone mapping is associated with a latitude or longitude in reference to a particular geodetic coordinate system. This aids in model reconstruction, as well as in the association of the map elements to their real-world counterparts.

Drone mapping is a very valuable tool for the planning, monitoring, and surveillance of construction and infrastructure projects. The models generated by drone mapping are fully navigable and the data can be manipulated and combined in several ways to generate new insights and make data-driven decisions.

What to look for in drone mapping software

We recommend working with a software package that provides modules from flight planning to data processing and report generation. By working within a single software package, you will avoid running into issues with compatibility and cross-platform interfacing. You don’t want to find yourself not able to export your survey data to your post-processing software. Fortunately, most of the top drone mapping software packages offer this feature.

While it is possible to master each drone mapping software package available, not all commercial drone pilots have the luxury of time or technological savvy to learn complicated user interfaces and commands. For drone pilots who are just getting into drone mapping, we recommend the software packages that are have more beginner-friendly designs without skimping on the technical capabilities.

Although there is value in choosing a drone mapping software package that provides end-to-end functions, the truth is that the ecosystem of drone mapping goes way beyond just the mapping software. In many cases, the models generated in drone mapping need to be exported in a variety of formats which allows them to be opened in other industry-standard software such as ArcGIS, AutoCAD, and Google Earth.

For commercial software packages, we recommend an option that provides excellent customer support in terms of providing tutorials, troubleshooting assistance, and regular software updates. A software developer that focuses on upgrading their product is particularly important, as it allows users to stay at the forefront of the technology.

Software packages nowadays can be accessed thru either a one-time payment or an annual subscription fee. The choice of which pricing model works better for you depends on your business model. For more discerning buyers, some software packages also offer free versions or free trial periods. If you are just starting out, we recommend any of the free options just so you can get a feel of how a drone mapping software works.

As mentioned above, there is a good number of choices for drone mapping software packages available in the market today. We have compiled a short list below of the best ones we have chosen based on our priority qualifications.

Pix4D is probably one of the most widely-used software solutions for drone mapping. With almost a decade of experience, the development team behind Pix4D has amassed a library of specialized software modules for different mapping applications. Although they originally partnered with the eBee drones, they have since expanded the scope of their compatibility to include the ubiquitous DJI line of professional-grade drones.

The strength of Pix4D lies in its versatility. With many years of experience, Pix4D has evolved into a robust software package that can handle practically any type of mapping application. Modules allow for specialized functions that in turn result in higher quality data and post-processing results. Pix4D also offers for a huge variety of file export formats, further expanding the versatility of its output data in terms of compatibility with other software.

However, the advanced level of functions that Pix4D offers comes at the price of ease-of-use. Many users have indicated that the interface of Pix4D is not as intuitive as some of the popular alternatives. Pix4D is also one of the more expensive options, even considering the different pricing models available.

In the past couple of years, DroneDeploy has made a concerted effort to make their mapping software as intuitive and easy to learn as possible. These efforts have helped propel them to being one of the biggest names in the commercial drone mapping industry. They have focused on being fully compatible with DJI drones, although they also offer compatibility with some of the other popular drone brands.

DroneDeploy stands with an app store that allows integration with some of the most popular 3rd party apps such as Birds.ai and EZ3D. This compatibility augments the capability of DroneDeploy by leveraging the specialized functions of 3rd party apps. Thus, a single data set can be processed in multiple apps to generate different maps for a variety of commercial applications.

With more focus on accessibility and compatibility, DroneDeploy appears to be more appropriate for entry-level drone mapping. However, mapping professional appear to prefer other software options when it comes to enterprise-level mapping needs. The file export options offered by DroneDeploy is also quite limited compared to other software packages.

The good news for entry-level drone mapping professional is that DroneDeploy is one of the more affordable software options. With a 30-day free trial and three options for paid subscription, the developers of DroneDeploy have really taken the effort to make their software available to as wide an audience as possible.

The PrecisionHawk software suite offers end-to-end drone mapping solutions with specialized software for each step of the mapping process. The planning and execution of the mapping survey can be done via the PrecisionFlight mobile app which offers intuitive survey area definition and customized flight path functions.

PrecisionMapper is a primarily cloud-based data processing platform that allows subscribers to access a continuously growing library of data processing algorithms. From its beginnings of being known for processing of precision agriculture data, PrecisionMapper has expanded its capabilities to produce orthomosaics and 3D models on top of its long-established crop health analysis tools.

Viewing of output and mission data is done through the PrecisionViewer desktop software. It can also be used for data annotation and to interface with other PrecisionHawk software in the absence of an internet connection.

Being divided into separate modules makes the PrecisionHawk software suite one of the most complicated end-to-end mapping software packages. It is not a product we would recommend for beginners. The nice thing about PrecisionHawk is that some of its cloud-based 3D map generation capabilities can be used for free, so commercial drone pilots can take it for spin before committing to a paid subscription.

DJI being the number one brand for consumer and professional drones, it is no surprise that they have come out with their own mapping software. Naturally, the DJI GroundStation Pro interfaces seamlessly with the professional-grade DJI drones including drones from the Inspire, Phantom, and Matrice series. On the flip side, the biggest limitation of this software is that it only works with DJI drones.

The interface of the DJI GroundStation Pro is sleek, clean, and intuitive, as expected from the highly experienced DJI brand. The app is free to download, although in-app upgrades are available at different prices. This makes it a very attractive mapping software for owners of DJI drones.

However, the GroundStation Pro is only a mission planner. You can use it to set the area which your DJI drone, as well as to customize a flight path for the drone to follow. However, it does not provide post-processing capabilities. The mission planner also only accepts a maximum of 99 waypoints, which may not be enough for large mapping surveys.

Right now, the severely limited capabilities of the GroundStation Pro renders it nothing more than an entry-level survey planning app that is a good practice platform for beginner drone pilots. It does not have enough features for enterprise-level mapping, but it’s hard to make complaints on a free product.

AgiSoft is an excellent, all-around software for processing photogrammetric images and generating 3D spatial data. It is a standalone desktop software, so it does not come with a mobile app for flight planning. However, it can be considered on the best software packages in term of post-processing capabilities.

AgiSoft was very clearly not made for beginners. Its clunky interface takes a little getting used to, even for experienced mapping professionals.

AgiSoft offers a 30-day free trial period, after which you will have to buy the software at either the Standard or Professional versions. The Standard version is quite affordable but lacks a lot of the features available in the much more expensive Professional version. If the lack of a mission planning module does not bother you, then the AgiSoft data processing platform is one of the best enterprise-level software packages you can get.

Drone mapping is a rapidly growing industry that has enjoyed the focus of drone manufacturers and software developers alike. The intense competition in the field of drone mapping software packages have resulted in budding drone mapping professionals getting spoilt with lots of high-quality options.

If drone mapping is a field that you’re interested in going into, choosing the right software package will define how quickly you can execute drone mapping surveys and what post-processing capabilities you can offer. As always, it is a compromise between your budget and the level of sophistication you need from the software.