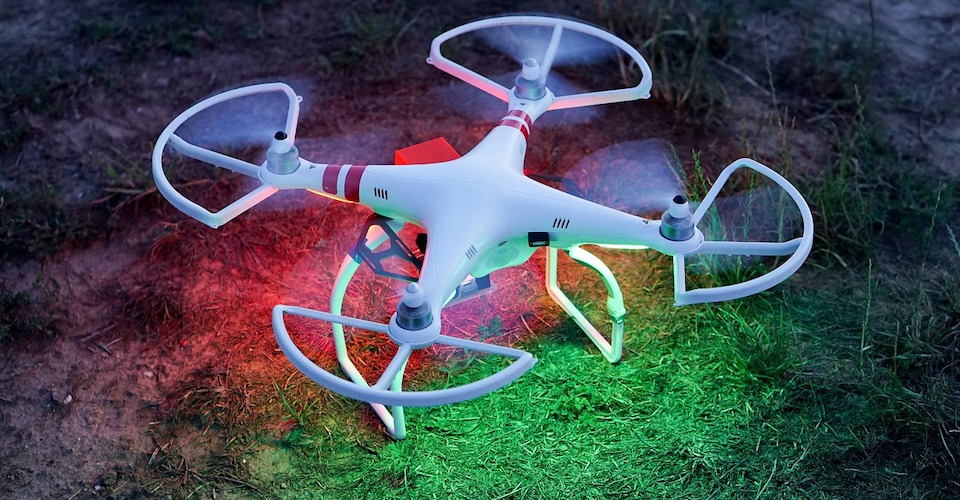 Traveling With Your Drone: Can You Take Your Drone on a Plane?

by Joseph Flynt
Posted on March 6, 2019
25 Shares
3D Insider is ad supported and earns money from clicks and other ways.
DJI has just released the Mavic Air 2. See all of the specs here.

The number one reason that people buy drones is so they can capture drone shots during their travels. While bringing your drone on a drive to the beach or even during a hike in the mountains is no big deal, having to carry a drone when you have to take a flight is a little more complicated. If you’re asking if it’s possible to bring a drone, along with its accessories, aboard a plane, then the short answer is yes. You’ll have to make a few precautionary measures, though. If you’re planning to bring your drone on a flight in the near future, then here are some helpful pointers:

1. Invest in a high-quality but conspicuous carrying case

The choice of whether to check in your drone or to carry it on will probably be a matter of how big your drone is. Of course, you should always prefer to carry on your drone when you travel by plane. Checking in your drone is always a risk, as you can never be sure that it will be handled with care. Even if you place your drone inside the most sophisticated shock-proof container, it can still wind up getting lost or on the wrong plane.

Bringing a Phantom drone might require a little more planning, as you’ll probably have to carry it in a backpack. Hard-shell backpacks might provide excellent protection but might not fit into overhead compartments or under your seat. It’s worth noting that storage space for carry on baggage might differ across different planes. Your best bet is to go as small as possible without compromising on quality.

One more piece of advice when traveling with a drone: it would be best to use a carrying case or backpack that does not scream out high-end brand names like DJI, Manfrotto, or National Geographic. Although airline and TSA personnel wouldn’t care that you’re brining along drones that cost thousands of dollars, you might catch the attention of thieves. Your best bet is to settle for a simple backpack that can easily blend with the crowd.

If you have a bigger drone, such as the Yuneec Typhoon H or the DJI Inspire 2, then you definitely will have to check it in. To keep your drone as safe as possible, we recommend getting the best rolling hard-shell case that you can find. Make sure that the case has cushioned interiors and that all the components are kept separate.

Even if you’ve taken the necessary steps to ensure that your carry-on drone backpack will fit into the plane’s overhead storage, an airline can still deny you from carrying on your drone. After all, different airlines can have different rules on what is or isn’t allowed as carry on.

Fortunately, drones have become so common nowadays that most airlines have crafted rules regarding how they can be carried. Although most airlines permit bringing drones in carry on baggage, there are a few notable exceptions. For instance, Emirates has a policy that will only allow drones as checked in baggage due to security reasons. When in doubt, you can always ask your airline – just make sure to do it several days before your flight.

3. Give a heads-up on the TSA security check

If you have drones or batteries in your carry on, chances are they will catch the attention of TSA personnel during a security check. Despite the popularity of drones, they are still rarely encountered by the TSA, and their unique shapes tend to attract questions. According to some drone pilots, they have gotten a good response by informing the TSA personnel that there’s a drone in their bags before passing through the checkpoint.

Even when you give them a heads-up, there’s no assurance that the TSA will not pull you aside for closer inspection, so it’s better to be prepared. In these cases, it would be in your advantage to have your drone or batteries packed separately from the rest of your baggage. This would save you from the inconvenience (and embarrassment) of having to rifle through your personal effects.

4. Check your airline’s rules on batteries

Most airlines prefer that batteries of any kind be carried on instead of checked in. Pressure and temperature fluctuations are much smaller in the passenger cabin, so there are fewer chances that your battery can get damaged. Even if it does, having it in plain sight means any battery-related emergency can be quickly responded to.

According to TSA rules, all lithium-ion batteries (including Li-Po) can be carried on in any number as long as they are below 100 Watt-hours. This limit covers most consumer electronic devices including cellphones, tablets, and laptops.

Bigger batteries, or those between 101 and 160 Watt-hours, can also be carried but only at two pieces at most. If you have ever wondered why DJI usually sells two battery variants for their drones, you need only look at their capacities to get their answer – for instance; the TB-48 battery has a capacity of 129.96 Watt-hours while the TB-47 flies right under the limit with a 99.9 Watt-hour capacity.

There are two major caveats to these rules. The first is that different airlines can impose their own rules on the battery capacity limits that they will allow for carry-on. For example, British Airways only allow each person to carry up to four spare batteries, even when they are below 100 Watt-hours. Batteries between 100 to 160 Watt-hours will be permitted only upon approval. Most airlines forbid bringing any battery bigger than 160 Watt-hours.

The second thing to remember is that these are only TSA rules. If you are flying to another country, you need to read up on your destination country’s rules on battery limits. It would be terrible if your bigger batteries end up taking a one-way trip because you had not done your due diligence.

5. Check the local drone laws on your destination

There are probably only few things in the world that are worse than running into legal problems when traveling abroad. Whether your trip takes you to another state or another country, you should take the time to read up on the drone laws in your destination. In some places, you might not be able to launch your drone near residential areas or without prior approval from local enforcement. If you’re traveling to another country, you might even need to secure a special permit or license before you can fly your drone.

The KnowBeforeYouFly website also has a lot of great resources on drone flight safety and an interactive US airspace map.

If you’ve ever taken your drone on a long out-of-town trip, then you probably know by now to be ready for unexpected circumstances. This includes being able to repair minor damages to your drone, just in case you get into small crashes. Since propellers are the part of the drone that is most prone to damage, having several sets of spare propellers would be prudent. Even a basic repair kit with different screwdriver sizes and types would be infinitely useful. Although there’s probably nothing you can do to repair major wipeouts, you should be able to equip yourself enough to recover from minor disasters.

Traveling with your drone can be nerve-wracking and exciting at the same time. Who wouldn’t want to bring home drone shots from a place you’ve never been to before? However, making sure that your drone will make it past airport security checks, into the plane with you, and past the customs check at your destination will require a good amount of research and preparation.

Even when you’ve done your homework, unexpected things may happen. For some regions of the world, drones are still unfamiliar, and the matter of their clearance has not yet been incorporated into airport security guidelines. We have even heard of drones being held by airport security until a sizable cash deposit was provided by the owner. To this day, traveling with drones is still a very complicated matter, and there’s probably no person or agency that has all the answers.