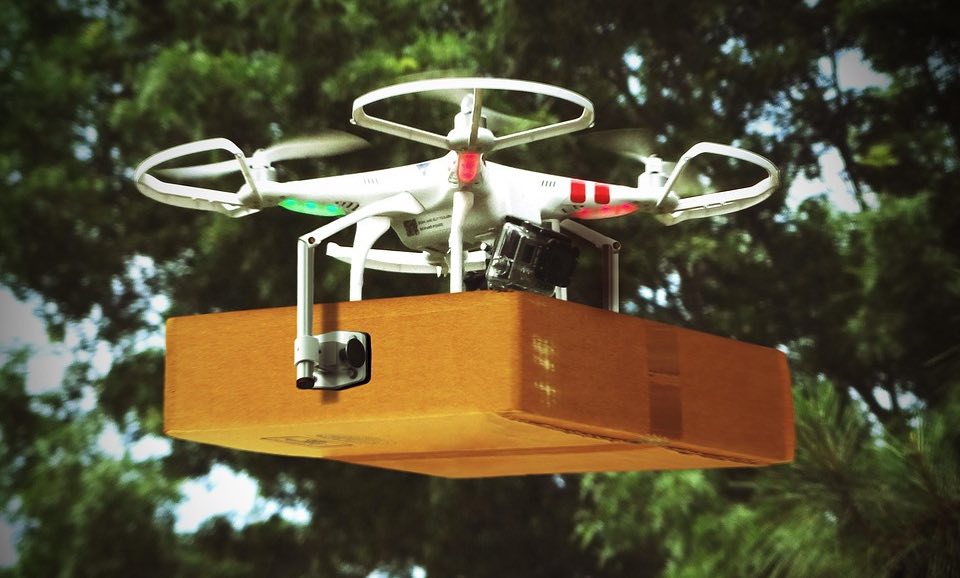 How much weight can a drone carry?

by Joseph Flynt
Posted on November 29, 2017
16 Shares
3D Insider is ad supported and earns money from clicks, commissions from sales, and other ways.
DJI has just released the Mavic Air 2. See all of the specs here.

Drones have been used commercially for a number of applications – professional photography, media coverage, and surveying of constructions sites are just a few examples. Big shipping companies such as Amazon and DHL have entertained the idea of using drones for delivery of their products.

In all these applications, using a drone capable of carrying a huge payload is advantageous. The payload in this context may involve anything additional to the drone – whether they be extra sensors, SLR cameras, or packages for delivery. Drones with high weight capacity are preferred for applications such as remote thermal scanning, LiDAR surveys, or multispectal imaging.

As you can imagine, weight is a critical factor in the design of drones. Most hobby drones have lightweight designs which make them portable, and are less demanding of a powerful motor. Lightweight drones can also fly longer due to less battery consumption. Following the same line of reasoning, loading a drone with additional weight will require more powerful motors or will shorten the flight time of the drone.

The physics behind payloads

A drone’s payload capacity is influenced by a number of factors. These include the motor power, the size and number of propellers, the type of battery, and the weight of the frame of the drone. A good rule of thumb to keep in mind is that the propeller thrust should be twice the total weight of the drone and the payload. The 50% allowance accounts for the effect of wind, air pressure, and moisture in the air, which can all conspire to make your drone work harder.

A bigger lift requirement also needs a battery with a bigger capacity, which also adds weight to the drone. A heavy payload will also need a strong and durable drone frame, which in most cases is also heavier than the standard lightweight construction of hobby drones. The need to go big is often a vicious cycle, and a compromise has to be met between size, weight, and power in context of the desired application.

A great variety of drone types are available in the market, from the tiny toy drones to the professional-grade octocopters. Naturally, the payload capacities of these drone types also greatly vary. If you intend to load your drone with additional equipment, then it is worth your time to assess its carrying capacity first.

The tiny Cheerson CX-10 is about the size of a cookie, and is a popular toy drone for beginners. With its tiny size, it can carry a measly 4 to 6 grams. The Syma X8C is another drone that is popular for beginners, but is larger and is built to be slightly more capable. Surprising for its low cost, the Syma X8C is capable of carrying around 200 grams of payload. This capacity is enough to carry a compact action camera from GoPro.

The 3D Robotics X8+ is a drone that was specifically designed to carry heavy payloads. With a powerful array of 8 motors, it can carry a payload of up to 1 kilogram. Its frame was also designed to be highly customizable, allowing it to carry bulky or difficult payloads. Even with all that weight, its 10,000 mAh battery gives it 15 minutes of flight time.

The DJI S900 is one of the higher end drones of DJI, and was also built powerful to carry heavy payloads. This drone is a hexacopter, boasting a payload capacity of up to 3 kilograms, more than enough to carry a DSLR camera. Its frame is constructed with sturdy but lightweight carbon fiber. With a 16,000 mAh battery, the S900 is capable of up to 18 minutes of fight time. To prevent overheating, its motors are equipped with centrifugal fans for heat dissipation.

Further improving on the S9000 is the DJI S1000+, which has increased the number of rotors to 8. The increase in lifting power allows it to carry up to 5 kg of payload. It is constructed with the same strong and lightweight carbon fiber, and the same 16,000 mAh battery gives the S1000+ up to 15 minutes of flight time.

For one of the best in drone carrying capacity, the Tarot T-18 comes equipped with 8 motors and the ability to lift up to 8 kilograms. Made with carbon fiber and aluminum, the T-18 is incredibly strong yet remains lightweight. This drone was made to fly far and long, with a flight time of up to 20 minutes and a range of up to 2 miles.

The best heavy lifting drone is none other than the Alta 8 from Freefly Systems. Made for professional drone users, this drone is exceptionally expensive. With a 36-inch diameter wing-span and 8 powerful motors, the Alta 8 is capable of lifting up an unbeilievable 18 kilograms. It comes packed with auxiliary sensors such as accelerometers, barometers, and GPS.

There is no definitive answer to the question of how much weight a drone can carry. As you have seen, commercially available drones can carry a range of weights from 4 grams to 18 kilograms. However, this distributed payload capacity also comes with a distributed price range – from the $17.99 Cheerson CX 10, to the $17,495 Freefly Alta 8.

With the proper know-how, drone set-ups can be customized to serve payload requirements. Motors can be upgraded, as can the batteries. A number of market-available solutions to the payload capacity requirements solved the problem by adding more rotors, like the hexacopter and octocopter drones. Having multiple rotors also provides increased stability to the drone, which may be especially useful to keep the onboard technology safe and act as a failsafe in the event that a motor stops working.

Joseph Flynt
I love diving into the latest and greatest in emerging technologies and seeing what they can do. I enjoy running when I'm not thinking about tech.
5 comments
Share now:
16 Shares
YOU MAY ALSO LIKE
SEE MORE