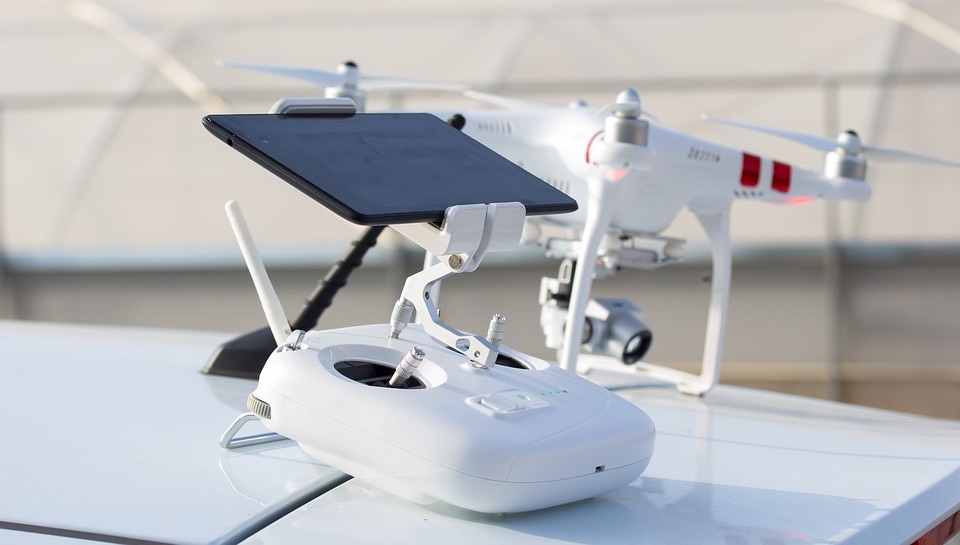 How far can drones fly?

by Joseph Flynt
Posted on November 29, 2017
12 Shares
3D Insider is ad supported and earns money from clicks, commissions from sales, and other ways.

How far can I fly my drone? That is a question any adventurous drone pilot has probably asked. The answer, as with most questions in life, is it depends. In this article, we look into the factors that affect the maximum range of your drone.

A very simple physical limit to how far you can fly your drone can be inferred using the formula:

The time component in the equation is determined by the total time of flight possible for your drone. These days, this is limited by the flight time that can be delivered by the drone’s batteries. This number also varies from model to model, from 12 minutes in the Yuneec Breeze to 25 minutes in the Yuneec Typhoon 4k. Quite impressive flight time has also been boasted by the DJI drones: 16 minutes for the DJI Spark, and up to 28 minutes for the DJI Phantom 4.

Going by these raw values alone, we can deduce that the Yuneec Breeze can fly a maximum of 3 kilometers while the DJI Phantom 4 can theoretically fly a maximum of 33 kilometers. Of course, keep in mind that you should only fly for half of the maximum distance as your drone will have to travel the same amount to get back. That being said, flying even half of 33 kilometers sounds ridiculous. There are certainly other factors that need to be considered to evaluate the maximum distance that can be covered by drones.

If you’re trying to push the distance limits of your drone, then you are definitely going to need to use a radio controller that provides maximum range. Out of the box transmitters commonly operate in the 2.4 GHz frequency band and can have a maximum range of 1 mile or 1.6 kilometers. A number of modifications can be done to extend the range of your radio controller.

In this situation, lower frequency radio waves are preferred – they can better travel through objects, and they can travel larger distances before being attenuated. There are available UHF devices, such as DragonLink, that can be connected to RC transmitters to alter the frequency at which they operate. A frequency reduction to just 1.2 GHz extends your control range to as far as 10 km.

If you’re really dead set on extending the range of your controller, then you might even invest in a ground station, composed of a high-powered antenna array. An example is the Yagi antenna which has 11dB. This kind of setup is quite expensive, but is hardly equaled in terms of the boost that it can give to the range of the RC controller.

Of course, flying this far means that you will be flying beyond your line of sight. This introduces some other issues as well (which will be discussed later), but the emphasis at this point is on the fact that you will need reliable FPV technology. This will allow you to control your drone even when it is out of your line of sight, not to mention the fact FPV flying is a totally immersive experience like no other.

As mentioned above, flying for more than 1 mile means flying beyond your line-of-sight. While a fun exercise, this practice is actually prohibited in some countries. Always check with your local laws before venturing into long-distance drone flight.

One of the methods suggested to increase the range of your RC controller is lower the frequency band at which they operate. Although this is an easy and reliable method, you need to check first if the frequency you are stepping down is allowed for the public to access. Some frequencies are dedicated for use by air control or the army, and interfering with their communication could mean big trouble for you.

Always be wary of areas nearby where drone flight is prohibited, such as those near airports or near sensitive installations such as communication towers. This aspect is easy to forget during long-distance drone flight until it’s too late.

The bottom line is, don’t get into trouble with the law just to fly your drone. It is simply not worth it. You will otherwise risk confiscation of your drone, or having to pay a hefty fine.

Don’t push your drone’s limits – When testing the limits of the distance that you can fly your drone, it would be wise to heed particular words of wisdom: just because you can, doesn’t mean you should. You might be able to fly out using 50% of your battery life, but don’t gamble everything on the chance that your drone will be able to make it back on the remaining 50%. Several things can go wrong on the return trip – strong winds, poor radio communication – which can result in your drone not being able to complete the trip back. Not only is running your battery until it’s dead risky for your drone, but it can also result in permanent damage to your battery.

Find an open space – You should also keep in mind that radio waves travel optimally in an open space. Any solid objects or barriers, such as tall trees and cliff walls, will severely attenuate the radio signal or cause delays in radio transmission. If you’re interested in flying very long distances, then it is best to do it in a large open space such as a field or a lake.

Keep track of your drone – It is recommended to attach a small GPS tracker to your drone if you’re planning on flying it beyond 1 mile. Suffering a crash at such a far place might be one of the worst things that could happen, as it retrieving the drone will be near impossible. Many drone models come with their own GPS technology, but this will function only for as long as the battery allows it. Having a backup GPS tracker is a precaution you will be glad you took.

Have a spotter – Never fly alone when you are flying using full FPV. It is easy to get lost in the experience, and forget that your onboard camera gives you a very limited view of your drone’s surroundings. It is worthwhile to have a friend who will spot your drone and warn you of nearby obstacles, even if he or she has to use binoculars. Just remember that drone etiquette says that you must exchange spotter duties every now and then.

Always fly safe – Crashes are a very real possibility in drone flight, whether you are flying within 100m or 10km. Always be wary of your surroundings and make sure that you are flying in an area where the drone will not hurt people should it crash. Don’t fly your drones over heavily populated areas, or in areas where drone flight is prohibited, such as near airports.

Joseph Flynt
I love diving into the latest and greatest in emerging technologies and seeing what they can do. I enjoy running when I'm not thinking about tech.
5 comments
Share now:
12 Shares
YOU MAY ALSO LIKE
SEE MORE