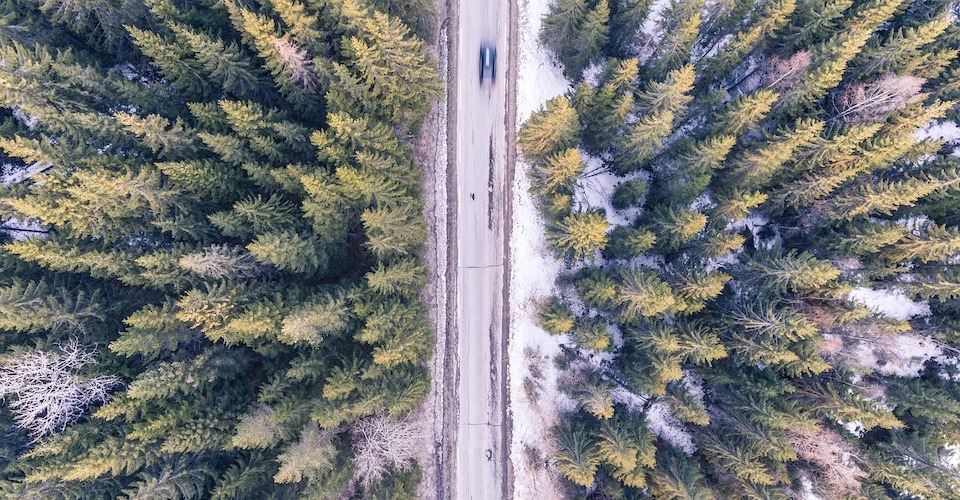 How Fast Can Drones Fly?

by Joseph Flynt
Posted on October 19, 2018
12 Shares
3D Insider is ad supported and earns money from clicks, commissions from sales, and other ways.
DJI has just released the Mavic Air 2. See all of the specs here.

For many drone pilots, pushing the capabilities of their drones is part of the fun. We have seen drone pilots fly their drones as far and as high as possible, or into areas filled with obstacles to test their drone’s maneuverability. After all, what’s the point of having a sophisticated piece of technology if you’re not going to use its maximum potential?

An aspect of drone flight that we are sure many of you have wondered about is how fast your drone can fly. Answering this question involves a complex interplay of physics, technology, and the law. Let’s go ahead and dive in, shall we?

First things first. According to the FAA’s Part 107 rules, commercial drone pilots are only allowed to fly their drones at a maximum speed of 100 mph. This is already a pretty high ceiling which most consumer drones are not capable of reaching. In fact, outside of drone racing, you will probably not need to fly anywhere near this speed. Still, props to the FAA for setting such a generous limit.

It is worth noting at this point that there are 2 general drone classifications: fixed wing and rotary wing. A fixed wing drone looks more like an airplane with a pair of stationary wings. These wings allow the drone to glide, and the forward motion generated by the drone’s propellers give the drone the vertical lift to stay airborne.

On the other hand, the typical quadcopter drone model we are familiar with belongs to the rotary wing classification. Similar to how a helicopter works, the rapid spinning motion of the rotary wing drones provide its vertical lift. By tilting mid-air, the orientation of the rotors of a rotary wing drone can be translated into horizontal motion. This means that the rotors have to do double work: not only do they keep the drone airborne, but they also have to provide lateral movement.

The different mechanisms by which the two types of drones fly have an effect on just how fast they can typically go. We will focus our discussion more on rotary wing drones, but we will briefly touch on fixed wing drones every now and then.

The science behind drone flight

To understand just how fast your drone can go, it is important to understand the science that governs drone flight. In a fixed wing drone, forward motion is provided by a propeller that is powered by an electric motor. Increasing the speed of a fixed wing drone can be done by either of two methods: by increasing the power output to the propellers, or by making the drone more aerodynamic.

There are limitations to either method of increasing the speed of a fixed wing drone. Delivering more power to the propellers (or having more propellers) will require more a more powerful electric motor. Consequently, a more powerful motor will require a bigger battery. All these additional accessories make the drone heavier. At a certain point, all this additional weight can be counter-productive to increasing its speed.

On the other hand, there are physical limitations to how well a fixed wing drone can be designed to improve aerodynamics and reduce wind drag. At the level of technology we have today, it is not unrealistic to assume that the designs of aircrafts are nearly at the peak aerodynamic state.

For a rotary wing drone to achieve some lateral movement, all it has to do is tilt in the direction it wants to go forward. In a tilted orientation, the rear propellers serve to generate the forward movement. The task of keeping the drone airborne primarily gets delegated to the front propellers. Since the drone is in a tilter position, the front propellers are no long vertically oriented. This makes its job of keeping the drone stable and airborne much more difficult.

Making a rotary wing drone move faster will require it to tilt further in the forward direction so that the output of the rear propellers more efficiently translates to forward movement. However, there is only a limit to how much forward tilt a drone can achieve before its front propellers lose the battle against gravity. It should also be noted that all the extra work the propellers need to do while a rotary wing drone moves around requires more power.

So how can a rotary wing drone be designed to move faster? The best way to answer this question is to look into how racing drones work. You may have heard of them – rotary wing drones that are designed for maximum speed. Where standard drones have a fairly symmetrical design, racing drones have a forward bias. By design, the rear propellers of a racing drone are very slightly elevated or the front propellers are very slightly lowered. This lessens the thrust that either pair of propellers need to generate for the drone to move forward or to stay airborne.

Aside from this general rule, most racing drones are designed to be lighter and more powerful. The rule of “every little bit helps” is applicable here. The frame can be made of carbon fiber to make it more lightweight, unnecessary sensors can be removed, more powerful motors can be installed, and more aerodynamic propellers can be used.

With all our new knowledge on how drone flight works, perhaps we can have a new perspective when looking at the top speeds that can be reached by some of today’s most popular drones. Below is a list of the maximum speeds of some commercial rotary wing drones.

For commercial drones, a top speed of around 40 to 50 mph is quite standard. Higher end models are rated at higher maximum speeds, likely due to provisions for more powerful motors. The Yuneec Typhoon H, a hexacopter model, stands above the rest at a top speed of 70 mph.

It should be noted that these are merely book values. Real world factors such as wind direction, wind speed, and the size of a payload can significantly influence just how fast your drone can fly.

Most race drones are capable of speeds of at least 70 mph.  Curiously, there are rarely any out-of-the box racing drones that have published numbers for their top speeds. This may be due to the heavy customization that serious drone racers do, dramatically altering the top speeds of their drones. It’s not just about the top speed, though – maneuverability is also an important factor for drone racers.

For comparison, we have listed below the top speeds of some of the most popular fixed wing drones.

The Parrot Swing is Parrot’s fixed wing entry to the toy drone field and does not offer much in terms of speed but has excellent controls and maneuverability. The Parrot Disco and Yuneec Firebird have similar top speeds of around 50 mph, comparable to many high-end rotary wing drones. However, fixed wing drones are more benefitted by tail winds during flight, which can ramp up their speed by up to 50%. This means that, depending on the circumstance, a fixed-wing drone can reach speeds of more than 70 mph.

Which drone holds the record for being the fastest?

Just in case you were curious, the Guinness world record for the fastest drone is currently held by the DRL Racer X.  Weighing just 1.76 pounds, the 2500 kV motors of the DRL Racer X are capable of reaching up to a whopping 43,000 RPM. This translated to a top speed of 179 mph, enough to break the world record as of July 2017.

The DRL Racer X was designed by the Drone Racing League (DRL), who is now working with BMW to attempt and break their own record. With the technical expertise and facilities of BMW’s Aerodynamic Testing Center, it is probably only a matter of time before a new world record is created.

Let’s face it: most drone pilot are adrenaline junkies at heart, and it is in in their nature to push the limits of what drones can do. We cannot think of anything more fun than strapping on your FPV goggles and zipping around with your drone for as far as you can push it.

Commercial drones are great for their ease of use and their versatility, but if you want to satisfy your need for speed, then your best bet is to get a racing drone. Racing drones are lighter, faster, and easier to maneuver. You won’t get much of anything else in terms of camera features or sophisticated sensors – racing drones are made just for racing.

However, the best drone racers don’t rely on out-of-the-box drones. They develop a deeper understanding of the physics and aerodynamics of drone flight and set out to make or customize their own drones. It sounds ambitious but you’ll never know how far your passion can take you unless you try.