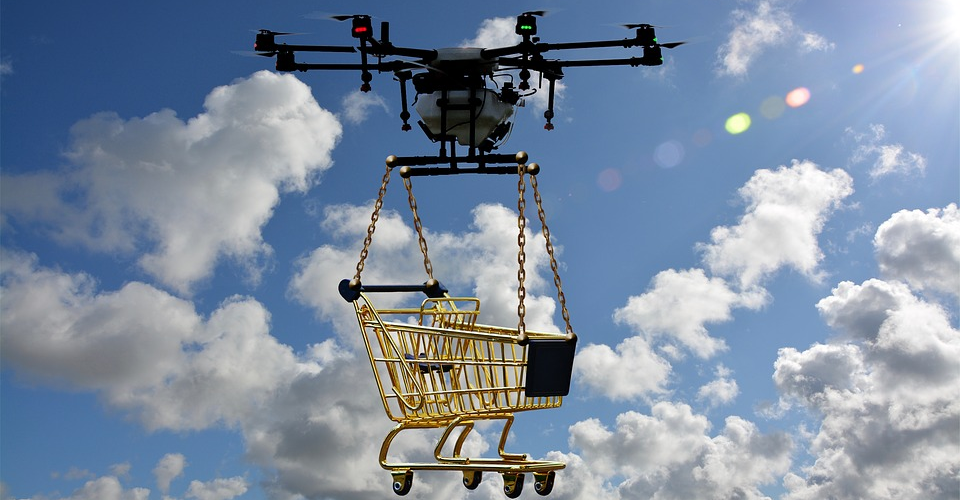 What is the Weight Limit for Drones?

by Joseph Flynt
Posted on April 22, 2019
15 Shares
3D Insider is ad supported and earns money from clicks, commissions from sales, and other ways.
DJI has just released the Mavic Air 2. See all of the specs here.

Is bigger always better? Probably not, but when it comes to drones, specialized applications will often require bigger and heavier drones equipped with similarly specialized equipment. After all, you can’t mount a cinematic-grade camera rig or a whole LiDAR sensor array on a Mavic Pro. When it comes to drone flight, how big or heavy can you go and still fly within legal limits? Is there a way for you to go beyond these weight restrictions?

When flying with a Part 107 license

If you are flying a drone to earn money, then we are assuming that you already have your Part 107 license. One of the Part 107 rules states that the weight of your drone must be within the range of 0.55 and 55 pounds. Take note that this weight limit includes any payload such as onboard equipment or fuel supply. Drones that weigh less than 0.55 pounds are considered mini-drones and are hardly worth a discussion, but why is there a 55-pound maximum limit?

As background, Part 107 is only short-hand for Part 107 of Chapter 14 of the Code of Federal Regulations. The specific title of Part 107 is the “Small Unmanned Aerial Systems (UAS) Rule.” From its name, it can be inferred that Part 107 only applies to small unmanned aircraft, which most drones and quadcopters are considered as.

What if I need to fly a drone that weighs more than 55 lbs?

Having established that you cannot fly a drone that weighs more than 55 lbs. even if you have a Part 107 license, what’s a law-abiding drone pilot to do? Here’s a fair warning if you’re planning to go through the process: it’s going to be long and tedious. Let’s split the steps and requirements into two parts: registration and pilot certification.

As a drone that weighs more than 55 lbs. is considered a traditional aircraft; it can no longer be registered online through the FAA’s DroneZone Portal. Instead, you’ll have to go through a more old-fashioned paper registration process.

As you can imagine, the process for registering a traditional aircraft is more cumbersome than for a small UAS. Aside from the registration application, you will need to provide a lot of details about the aircraft including its model, serial number, maximum takeoff weight, and its engine type. You will also need to file several affidavits that establish the ownership of the aircraft and that affirm that the aircraft has not been registered in any other country.

All the documents, including a check or money order for the $5 registration fee, need to be sent by regular mail or overnight courier to the FAA Aircraft Registration Branch.

For more details on the registration process, you may visit the FAA’s Aircraft Registry page.

To even be eligible to receive a Section 333 exemption, you should already have an Airman’s Certificate with a sport or recreational level certification. You will also need to have a medical certificate issued by the FAA proving that you are in a physical and mental condition that is deemed “fit to fly.”

Moreover, flying under Section 333 rules requires at least a two-man crew: one to be the remote pilot-in-command and one to act as a visual observer. Part 107 rules have simplified this rule by making a visual observer optional. Unfortunately, Section 333 pilots are not afforded this luxury.

Processing an application for a Section 333 exemption can take an average of 6 months, so you would do well to submit your application way before you’ll be needing it to fly. This is likely due to the more complex nature of flying under Section 333 rules.

Since you will be flying under Section 333 rules and not Part 107, there will be a few differences in flight rules and restrictions. The first major difference is the fact that Section 333 pilots can only fly a drone during daytime. On the other hand, Part 107 pilots are given a 30-minute twilight window where they can still fly their drones as long as the drones are equipped with the appropriate anti-collision lighting.

Aside from this key difference, the flight restrictions under Section 333 and Part 107 are pretty much the same. You still can’t fly from a drone beyond 400 feet altitude, from a moving vehicle, or over non-participating people. Flight rules in restricted or controlled airspace are also the same – you will still need to get air traffic control permission whether you have a Part 107 license or a Section 333 exemption.

It’s understandable how there can be certain circumstances that require bigger and heavier drones that what we are used to. The complication lies in the fact that the FAA will treat such a drone as a traditional aircraft and registering the drone will require it to go through a much higher level of scrutiny. Aside from the additional documentation requirements, registration also takes much longer – 6 months compared to the 1 or 2 months needed to earn a Part 107 license.

Another complication is the requirement to have a Section 333 exemption, which is also another long and tedious process. In fact, it is the complex nature of getting a Section 333 exemption that has prompted the FAA to streamline the process of getting a Part 107 license. If you really must fly a drone that weighs more than 55 lbs., then you’d better have an Airman Certification ready.

Flying a drone heavier than 55 lbs. is one of the more complicated things that a drone pilot can do. If you need further guidance, we recommend consulting a lawyer who is well-versed with aircraft and airman certification laws.