by Joseph Flynt
Posted on June 7, 2013
19 Shares
3D Insider is ad supported and earns money from clicks, commissions from sales, and other ways. 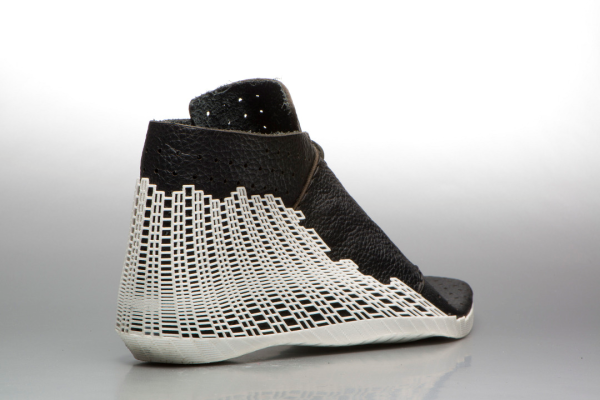 Earl Stewart has created a couple of different shoes using a 3D printer. The ‘bits shoe’ and the XYZ shoe are printed because it allows Stewart to create more flexible and rigid shoes in a single seamless form. Stewart uses a 3D scanner in conjunction with a 3D printer to allow him to create shoes that exactly matches an individuals foot.

One of the two shoes, the ‘bits shoe’ was made of a Selective Laser Sintered nylon sole with leather pieces placed on top. Stewart scanned the wearers feet and then printed out the nylon part. He then cut the leather pieces with a laser cut. once laser cut, the component is hand sewn and processed according to traditional techniques then combined with the rapid-prototyped sole. 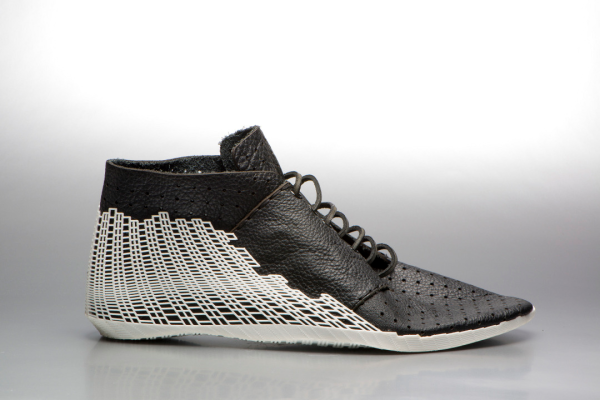 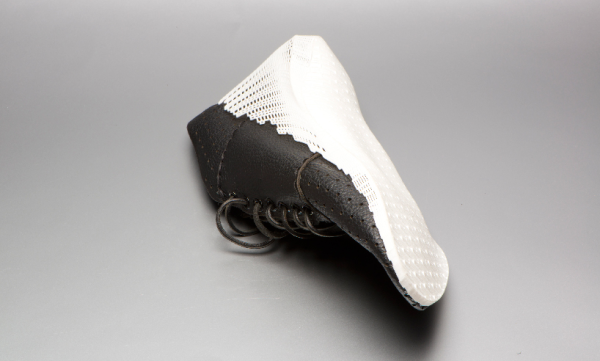 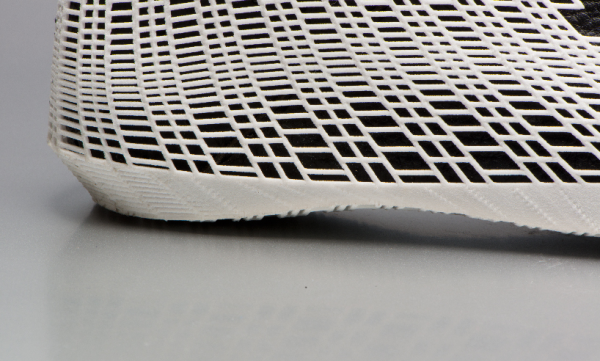 Earl Stewart is a designer with experience across a diverse range of disciplines which include Industrial, Graphic, Fashion & Branding. His skills extend across the whole ADOBE suite family, SolidWorks studio, 3DS Max , Rhino + Grasshopper, and skills in Processing.

Take a look at Earl Stewart’s website for more information on his shoes and other designs that he is currently making. 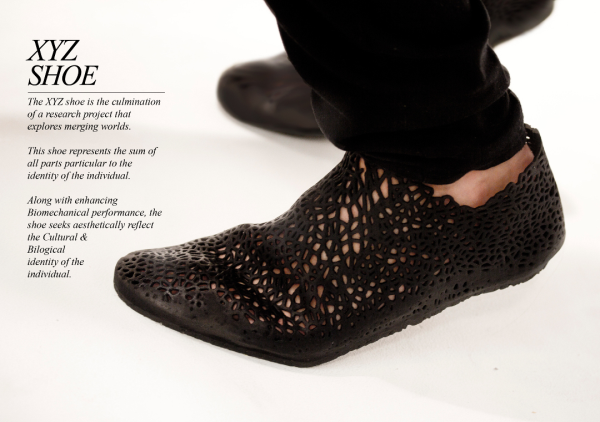 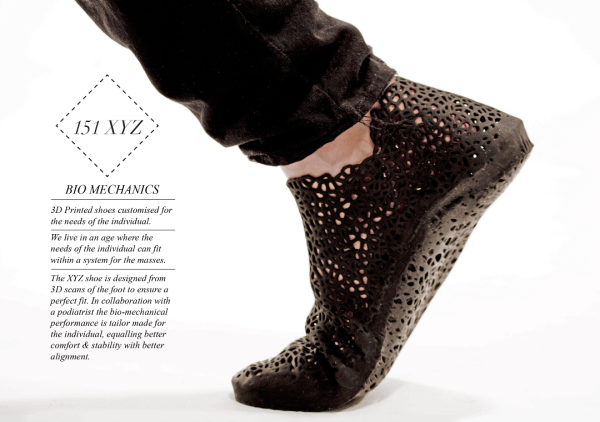 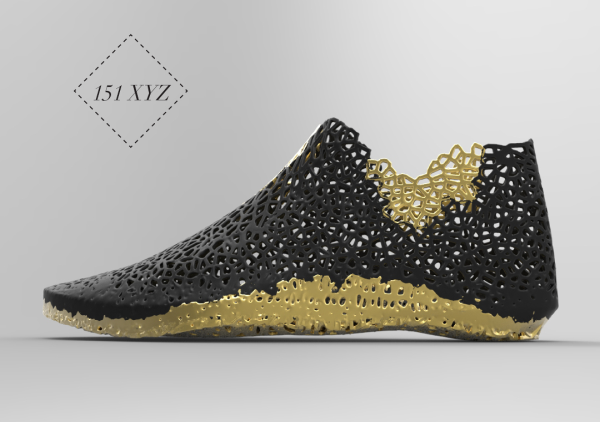 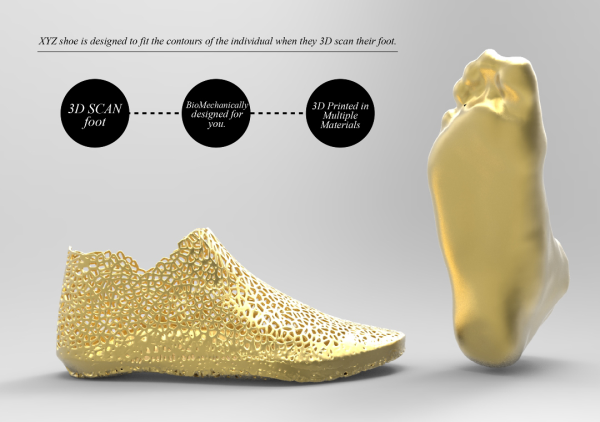