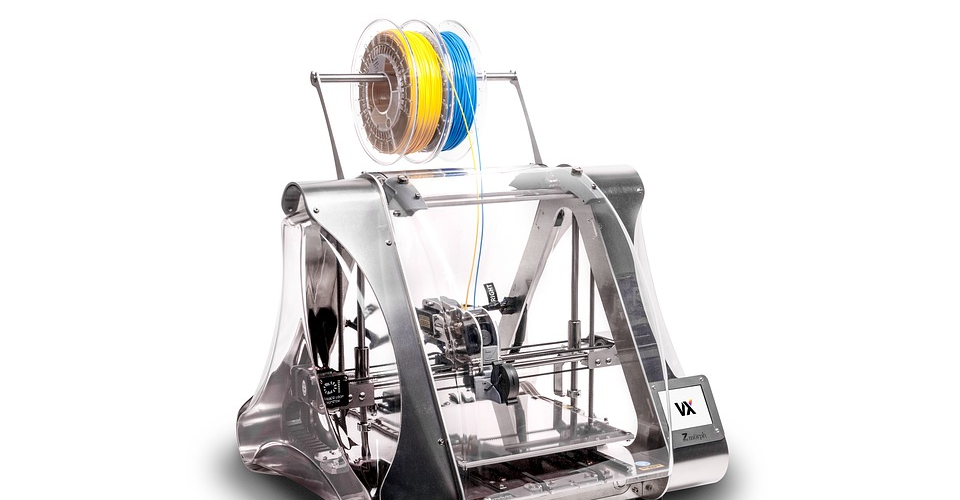 How Will I Know if I Have Enough Filament Left?

by Joseph Flynt
Posted on September 4, 2019
21 Shares
3D Insider is ad supported and earns money from clicks, commissions from sales, and other ways.

Anyone who has had experience in 3D printing knows that it’s a process of constant troubleshooting. There are lots of things that can go wrong during printing, more so if you hadn’t done your homework and made the necessary preparations.

One of these problems – and certainly one of the most frustrating – is if you run out of filament in the middle of your print. In this article, we look at the different ways to make sure that this never happens to you ever again.

Printing a small design when you have a full 1-kilogram spool of filament isn’t a problem, but what if the circumstances were reversed? Having to print a somewhat large design using a spool that is close to running out is sure to be an anxiety-inducing experience even for the most seasoned 3D printing professional.

If your estimates are off, you might find your extruder head aimlessly moving around a useless lump of plastic after many wasted hours of waiting. Worse, the leftover filament in your nozzle can end up getting burned and forming a clog that’s very difficult to remove. If you’re working on a tight deadline or simply don’t want any of your filament to go to waste, then it’s certainly worth your time to step back and determine, as accurately as possible, if you have enough filament to print your design.

Estimating how much filament you will need for your print

The good news is that most slicer software come with a standard feature that estimates how much filament you’ll be needing, either in terms of weight or length. This is a very useful feature that takes into account not just the size of the print, but also the infill and shell thickness settings that you have dialed in. Most of the popular 3D printer brands, such as Cura or Simplify3D, should have this feature

However, information on how much filament you have left may not be as readily available. In most cases, you’ll have to figure this out by yourself. With a little foresight and some math or DIY skills, this is a matter that is easily solved.

Fortunately, there are a couple of ways for you to determine if you have enough filament in your spool to finish your build. You might not even need any sophisticated equipment, although technology certainly helps in a few cases.

1. Weigh your spools every time 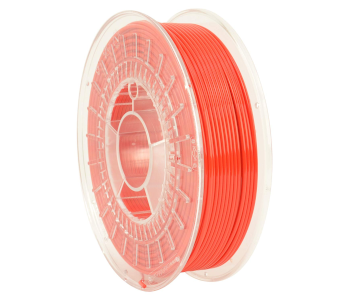 Our favorite way to keep track of how much filament you have left is certainly old-fashioned. The best thing about this method is that it’s very reliable and it only requires that you have a digital balance on hand.

It starts by weighing your brand-new filament spool as soon as you get it. If the manufacturer provides the weight of the empty spool, then that’ll be so much better since you can determine the exact weight of the filament. If not, then don’t sweat it – you can probably contact the manufacturer for the numbers or weigh a similarly sized empty spool that you have lying around.

For this method to work, you need to record the weight of the spool every time you print with this particular filament. Not only does this provide a handy “inventory” that lets you know if you have enough filament for the print, but it’s also a good way to compare the filament weight that your slicer software estimates versus the actual filament weight that was consumed. Most 3D printing professionals simply write down the running inventory on the spool itself with permanent markers.

In most cases, the actual consumption of filament is higher by about 10% to 15% compared to the estimated filament use by the slicer software. Make sure to take this into account when you are printing with a filament that is close to running out.

If you don’t have an accurate digital balance on hand, then you can resort to another old-fashioned method that only requires a ruler. It’s not that complicated, but just make sure that you don’t mess up your math.

This technique works much better if your filament spool is almost empty, which means you should be able to easily count how many loops the leftover filament makes on the hub of your spool. Keep in mind that even a filament that only does less than ten loops on your spool is still plenty enough for a small 3D print.

The process is quite simple: simply measure the diameter of your spool’s inner hub and determine the hub circumference by multiplying the diameter by Pi (3.14). You can then estimate how long the leftover filament is by multiplying the circumference by the number of loops that the filament makes over the spool hub. For example, a filament that makes ten loops over a spool hub with a circumference of 25 centimeters has an estimated length of 250 centimeters. In most cases, the actual leftover filament length is slightly higher than this estimate.

This is a very accurate, albeit limited, method that you can use if your filament is close to running out. Of course, you’ll need your slicer software to estimate how much filament it needs to print your design according to length, not weight.

We’re now going into the realm of the more high-tech options. Filament spools that come with NFC tags are a pretty new thing, but they provide a much easier way of spool management. The system works by attaching NFC tags to your spools and identifying them through a smartphone app which allows you to identify each spool according to name and color. You can then input the weight of the spool and add an entry whenever you print with the spool to keep track of the amount of filament consumed.

Basically, this process is a more high-tech version of the method of keeping track of your filament consumption by writing them down using permanent markers. The great thing about this method is that NFC tags are very cheap – you can probably get a pack of 10 tags for less than $5. In the future, it might even be possible for the smartphone app to interface with the slicer software so that you no longer need to manually input the amount of filament consumed for each print job.

Right now, the most popular company that offers this technology is Printoid. Spool management is done through the RollingUp mobile app. The biggest drawback of this NFC system is that it still requires you to manually put in the amount of filament consumed every time you do a print job. If this technology becomes more common, we are hoping that the process becomes more automated and streamlined.

The DIY route: Install a filament run-out sensor on your printer 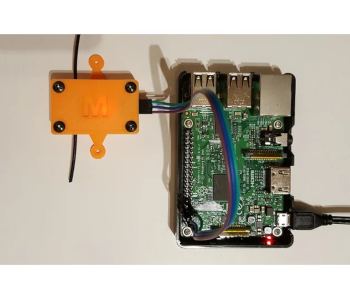 However, we know that some users will appreciate the peace of mind that such a sensor can provide. A filament run-out sensor isn’t just useful for notifying you when your spool runs out of filament, but it can also be triggered when your filament snaps, warps, or get stuck. Some of these problems are impossible to anticipate, so it’s always good to have a backup plan.

The bad news is that not many printers come with built-in filament run-out sensors. In most cases, you’ll have to install one yourself. You can either buy a pre-assembled sensor or make one yourself. Either way, you’ll need to spend quite a bit of time installing the sensor and wiring it up to your printer so that it accomplishes one of three possible actions when it gets triggered: emit an audible alarm, stop the printing, or engage another filament spool.

Filament run-out sensors are a complicated topic that deserves its own article. You’ll certainly need basic electronics skills. Programming on Arduino or Raspberry Pi will also help. If this is something you’re interested in learning more about, then watch out for our upcoming article on filament run-out sensors.

Running out of filament in the middle of the print is probably near the top of the list of the most aggravating things that can happen to you while 3D printing. Not only does it mean that you wasted a good amount of filament, but you also need to start over your print – especially frustrating if you’ve already spent several hours on it.

Avoiding this problem only takes a small amount of foresight, planning, and organization. Keeping a running inventory of your filament spools – whether written or digitally – is still the most reliable means of ensuring that you always have enough filament for your print. Another important facet of being prudent with your filament stock is ensuring that you always have spare spools, especially if the one you’re currently using has less than a third of the original amount.