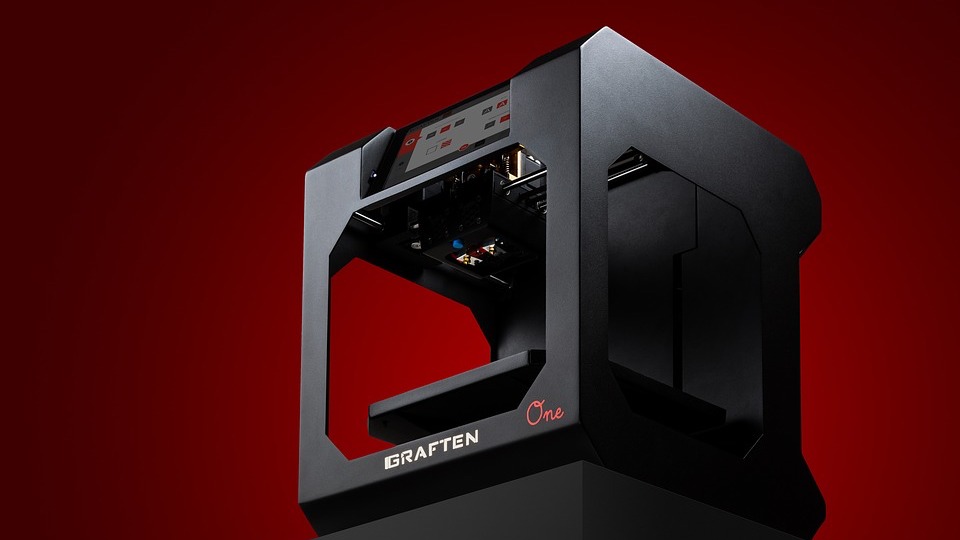 by Joseph Flynt
Posted on March 22, 2018
21 Shares
3D Insider is ad supported and earns money from clicks, commissions from sales, and other ways.

The field of 3D printing has seen tremendous growth in technology in the past few years, thanks to the diversity and usefulness of its applications. Aside from its wide use in rapid prototyping, 3D printing has been used to manufacture consumer and industrial goods, as well as items used in healthcare and in the service industry. As more and more applications are developed for 3D printing, we can expect the technology to further develop and transform aspects of our everyday life.

The technology behind 3D printing has also become just as diverse as its applications. The options for 3D modeling software range from industrial grade software that can cost upwards of a thousand dollars, to free open-source software such as Tinkercad and Blender. Similarly, there is also a variety of hardware available to create 3D prints, each with its own technique and technology. In this article, we tackle how the different 3D printing technologies compare with each other, and analyze each option’s strengths and limitations.

3D printing using Fused Deposition Modeling (FDM) is the most widely-used method due to the technology being relatively simple, user-friendly, and less expensive. This additive method starts with the production material (such as ABS or PLA filament) being fed from a pool through a heated printer nozzle. Due to the high temperature of the nozzle, the material converts into a semi-liquid state as it is extruded. After leaving the nozzle, the material almost immediately hardens and binds to the layer underneath it.

The nozzle moves along a pre-determined path, controlled by the 3D printing software that is in interface with the 3D printer. The actual 3D model has already been divided into ‘slices’ by the software and this translates in the real world into layers that the printer nozzle builds on top of each other.

FDM is the most affordable 3D printing technology available today, and has become the technology of choice for 3D printing projects for personal use. Desktop FDM printers, such as the MakerBot Replicator, have become highly popular due to their low costs and ease of use. These ‘plug and play’ desktop 3D printers can even come with a couple of nifty features which may attract the casual users, such as cloud connectivity and an onboard camera.

The production material used in FDM machines, commonly ABS or PLA filaments, are considered environmentally and mechanically stable. The method also produces objects that are durable against mechanical stress, chemical corrosion, and damage due to sudden and large temperature changes. As such, FDM printing has been widely used to create prototypes, manufacturing aids, and low volume end-use parts. With an excellent strength-to-weight ratio, FDM products have been proven to be both functional and durable.

The main limitation of the FDM printing process is that it takes longer than printing the same object using a different technology, such as SLA or SLS. Raw FDM products also have to be cleaned from its support material, and also have visible layer lines. Thus, there is a post-production finishing process is necessary to clean up the product. Most users or companies use processes such as sanding and painting to achieve a smooth, finished look.

Where printing using FDM relies on the material being extruded by layer, printing using Stereolithography (SLA) visually appears to be quite the opposite. Instead of a plastic filament, the production material in an SLA print is a vat of UV-curable photopolymer. CAD data, which has also been divided into distinct ‘slices’ is fed into the SLA printer, which then emits ultraviolet light into the photopolymer vat. This beam of UV light serves to cure the photopolymer, creating a very thin solid layer. Once a layer is completed, the build platform moves down to make room for the next layer.

After the part has been completed, the finished product is separated from the build platform and undergoes a chemical bath to remove the excess resin. Parts printed using SLA have to undergo a final curing in an ultraviolet oven to ensure complete hardening.

Due to its use of UV laser technology, parts printed using SLA are often the most accurate and high-resolution. There is usually very little finishing involved as printed objects come out smooth to the touch. Models created using SLA have been mostly used for form and fit concept models, or as master patterns for molding applications. Printing using SLA is also often the fastest method compared to printing the same objects using FDM or SLS.

The main drawback of SLA printers is their higher price tag compared to those using other methods. Desktop SLA printers have already been made available, but they are still significantly more expensive than their FDM counterparts. The Form 1+ printer from Formlabs is probably the best option for consumers interested in a desktop SLA printer. The photopolymer production material also requires special handling, which may need to be factored into the cost of the method. When designing models for SLA printing, the user must factor support structures since SLA printers don’t automatically factor these in. Thus, SLA printing will require a higher level of planning and expertise to produce good quality prints.

Selective Laser Sintering (SLS) is another additive 3D printing method which works by using a laser to melt and fuse powdered raw materials to form a single solid object. The powder used for printing in this method can be made of a variety of materials – they can be polyamides (such as nylon), silicates, polystyrene, or even metal. At the start of the printing process, a leveling roller evenly distributes a thin layer of the powder material over the build platform. A CO2 laser then hits the powder layer at point pre-determined by the 3D printing software, which again has separated the 3D model into ‘slices’.

The lasers used in SLS printers are capable of reaching a variety of temperatures. They can heat up the powder material either to just below or just above its melting point. In any case, this results in the particles fusing together and forming a solid layer. After the layer has been sintered, the build platform drops down to make room for the next layer. The leveling roller creates another thin layer of the powder material, and the process repeats until the part has been completed. Before the finished part can be removed from the printer, the user needs to wait for it to cool down.

The major strength of SLS printing is its flexibility and versatility. Since it works with powders, it is capable of using the widest range of raw materials. The process also eliminates the need to provide support structures since unused powder will act as support as the production of the part proceeds. The absence of the requirement for a support, as well as the powdered nature of its raw materials, allows SLS printing to produce complex geometric shapes.

The parts produced using the SLS method are lightweight, highly durable, and have good resistance against heat and chemical degradation. This makes the SLS method especially useful in producing highly intricate parts without the need for expensive and labor-intensive tooling. The finished products from SLS typically have a porous and rough surface, which needs to undergo a little finished to be smooth and polished.

Of the three 3D printing methods already discussed, SLS is probably the most expensive and is the least accessible for the casual users. There are currently no existing consumer-grade SLS 3D printers. Instead, SLS printers are typically large and costly. Thus, only professional companies and 3D printing service providers use SLS printers.

The fourth method, Fused Filament Fabrication (FFF), refers to a process by which a filament material, such as ABS or PLA, is laid down and ‘fused’. Now, that process sounds suspiciously similar to FDM, and for good reason. FFF and FDM are actually alternative terms that refer to the same process!

To determine the root cause of this confusing situation, it would be helpful to discuss the history of how the process was developed. The technology was first developed by Stratysys Inc., who proceeded to coin and trademark the term ‘Fused Deposition Modeling’ to refer to the process. As 3D printing became more common, makers had to come up with their own term so that they can discuss the technology openly without fear of violating trademark rules. Thus, ‘Fused Filament Fabrication’ was born.

This means that there is no ‘fourth’ method. The terms FDM and FFF refer to the exact same process, and we should all do our part to clear this confusion. Is there a more preferred term to use? Most references use FFF, but both term have become incorporated into the 3D printing lexicon and are widely used everywhere.

Each one of the three 3D printing methods discussed here – FDM, SLA, and SLS – have their own set of advantages and limitations that make them uniquely suited for specific applications. Whether it is budget, accuracy, and quality of finish that you are looking for, you will certainly be able to pick a method that best suits your needs. As 3D printing technology evolves further, you can expect to see even bigger improvements in all these kinds of technology – making them faster, more compact, and less expensive.