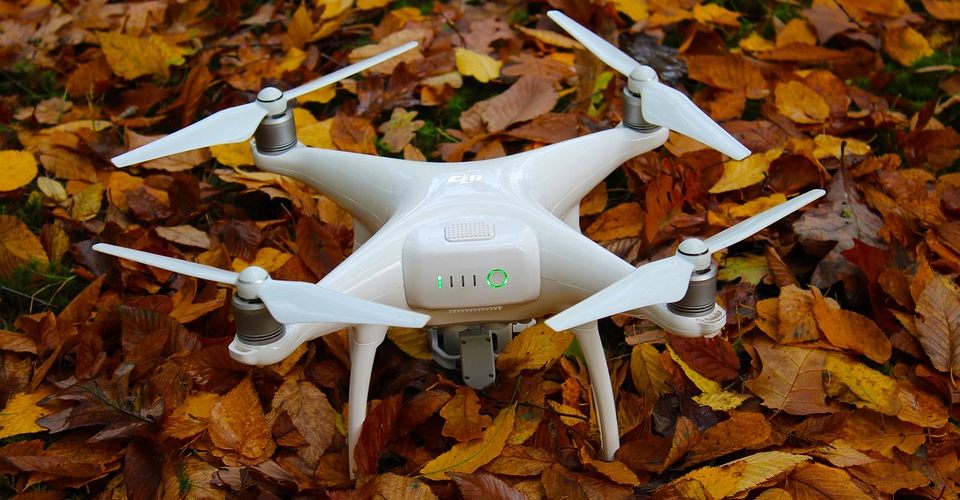 Lost Your Drone? Tips on Tracking it Down

by Joseph Flynt
Posted on September 10, 2019
17 Shares
3D Insider is ad supported and earns money from clicks, commissions from sales, and other ways.
DJI has just released the Mavic Air 2. See all of the specs here.

Watching you drone slowly crash from afar is certainly a nightmare scenario for any drone pilot. In those few seconds, you will probably have a dozen questions racing through your mind. Will your drone survive the fall? If it doesn’t, then how much do you need to spend to get a new drone? Even if it does survive, how are you going to track it down?

If you’ve ever imagined this kind of scenario, then this article was written just for you. How are you going to track down your drone if it crashes? Are there any precautions you can take that can make it easier to find your drone?

Before it happens: don’t lose your drone in the first place!

In this case, the old saying that ‘prevention is better than cure’ certainly applies. The best way to avoid this problem is to not lose your drone in the first place. Yes, accidents do happen, but there are some precautions you can take before and during your drone flight that can reduce the chances of your drone crashing or flying away uncontrollably.

1. Fly your drone only in good weather

Drones are best flown in ideal weather conditions: good visibility, low wind speed, and no precipitation. If you feel that the winds are a bit too strong for your drone to handle or if there’s impending rain, then it’s best to err on the side of caution and put off your drone flight mission for another day. Even a super-stable hexacopter can be knocked off the air by a particularly strong gust of wind.

2. Keep an eye on your battery life 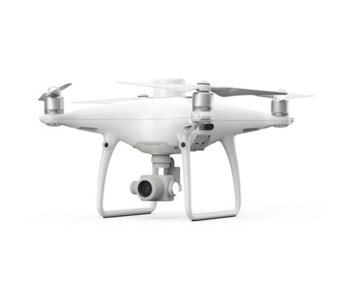 Modern drones are pretty smart and will automatically trigger a return-to-home (RTH) function when its battery is getting low. However, drones rely on a simple distance over speed calculation to determine how long it will take to fly from its current location to its home. Anything that slows it down, such as a wind blowing in the opposite direction, can easily mess up those calculations. In any case, it’s not a good idea to let the RTH function kick in when your drone is several hundred feet away. Give it a bit of allowance so that it doesn’t end up dying in the middle of the flight home.

Most incidents of drone crashes happen because the drone pilot wasn’t paying attention. It only takes a few seconds for your drone to run into a tree or be attacked by birds. If you feel that you might get distracted over the course of your drone flight mission, then it’s a good idea to have a trusted person accompany you as a visual observer.

4. Be careful with signal dropouts

Signal dropouts are the number one reason for drone flyaway incidents. This isn’t as much of a problem nowadays because of the more sophisticated transmission technologies that many drone brands use, but you may still find yourself flying in a spot where obstacles prevent your controller from communicating with the drone. If you detect signs of this happening, then it’s best to exercise caution and not to fly your drone too far away.

How to track your lost drone: ten steps to take

Even the most careful and skilled drone pilots can experience drone crashes – it’s almost unavoidable. What is more important is that you are prepared for this kind of thing to happen so that you can still recover your drone. 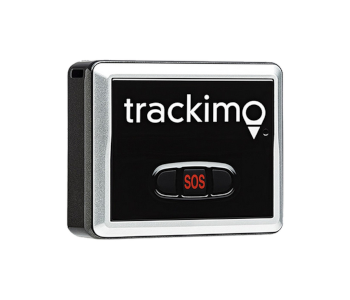 Instead of relying on a constant connection with your phone, the Trackimo GPS tracker continuously transmits its location using a 3G network. This means that you can track your drone virtually anywhere it goes. If your drone gets stuck in a spot without network coverage, then Trackimo can provide you with a playback of the route that your drone took, which should help narrow down the search area.

If the video feed of your drone starts to get jittery or the signal quality starts to drop, the best thing you can do is to start taking screenshots from your drone’s camera. Should you drone crash following a signal dropout, you’ll at least have an idea of where it was when it started to crash. The search area is still going to be large since the trajectory of the drone as it falls can be heavily influenced by the wind. However, every little bit helps if you’ve already crashed your drone!

3. Look for your drone right away!

A crashed drone can be whisked away by another person or run over by a car. The chances of your drone getting more damaged or getting lost completely increase the more time passes before you find it. If your drone crashes, just get your bearings right away, gather all the information you have on its last known location, and start the search as soon as you can. Even if your search doesn’t yield anything until the night, the darkness might still be able to help somehow.

Drone flight apps constantly receive and record telemetry data from your drone, and these might be the best clues that you can use to deduce where you drone could have ended up. This can be particularly useful if you don’t have a tracker on your drone or if you failed to capture screenshots just before the drone disappeared. Better yet, the telemetry data can provide more useful details such as the direction your drone was heading when it crashed. You can then use this data to estimate the trajectory that the drone took from its last known position during the crash.

5. Keep your controller on

No matter what happens, don’t turn off your controller! If your drone has already crashed, then chances are that it has fallen beyond the range of transmission of your controller. However, it just might re-establish a connection during your search as you “get warmer.” If you’re lucky, you might even be able to access the drone’s camera and control the propellers.

Of course, this is only possible as long as your drone’s battery has not died yet – which is another good reason for you to start the search as soon as possible.

This seems obvious, but it’s easy to keep your eyes glued to the ground and neglect the possibility that your drone got caught up on the trees. If your search area has shrubs and bushes, then it’s worthwhile digging around on those too. While you do your search, always consider the possibility that your drone may not have made it all the way to the ground. If you’re lucky, then getting caught up on a tree might even have saved your drone from irreparable damage.

7. Listen for the drone propellers and watch out for the lights

If you manage to establish a connection to your drone using your controller, then try throttling the drone to have its propellers start spinning (or attempt to, at least). This is one of the rare moments when a drone pilot will appreciate how loud drone propellers can get. If you search extends to the night, then keep an eye out for your drone’s blinking lights. Hopefully, your drone’s batteries have not died yet at this point. 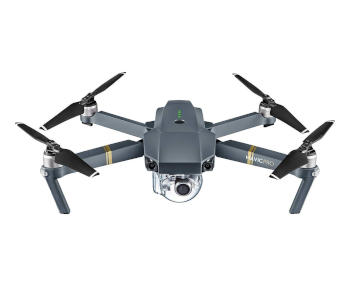 If you still haven’t found your drone by physically searching the immediate area of the crash, then it might be time to ask for help from a fellow drone pilot or fly another drone yourself in an attempt to look for your drone from the skies. After all, your drone may have ended up somewhere that you can’t see from the ground, such as at the top of a tree or at the roof of a house. This is not going to be easy, especially if you’re looking for a small drone like a DJI Mavic Pro or DJI Spark.

9. Put up signs around the neighborhood

If resorting to this method feels like you’re grasping at straws, then you’re probably right. In the off chance that someone else might have retrieved your drone, then you can always ask for help from your immediate community. This is going to be more effective if you live in a small neighborhood. Just print up a poster with a picture of the model of your drone and your contact details, post them all around town, and hope for the best.

10. Check for your drone on eBay and Craigslist

At this point, you’ve probably almost run out of hope of recovering your drone. You can give it a last-ditch effort anyway and try to look for anything resembling your drone to show up at some online marketplace like eBay or Craigslist. If your town has a local used electronics store, then you can also try paying a visit a few days after you’ve lost your drone.

Crashing your drone can be a demoralizing experience, but losing it completely is even worse. Our best advice is to leave all your hubris behind when you fly your drone. Showboating and generally being careless is one of the most certain ways to get your drone to crash. When it comes to the weather, just heed your instincts – you probably have a good idea of what conditions you and your drone can handle.

The best measure you can take to make sure that you can still recover your drone even if it crashes is invest in a high-quality GPS tracker. Yes, your drone may have its own GPS receiver, but having an extra layer of security never hurt anyone.

All hope isn’t lost even if you don’t have a tracker. We’ve heard of pilots recovering their drones from the unlikeliest of places. Having your drone crash into unfamiliar territory may be the most anxiety-inducing moments of being a drone pilot, but it really just comes with the territory.