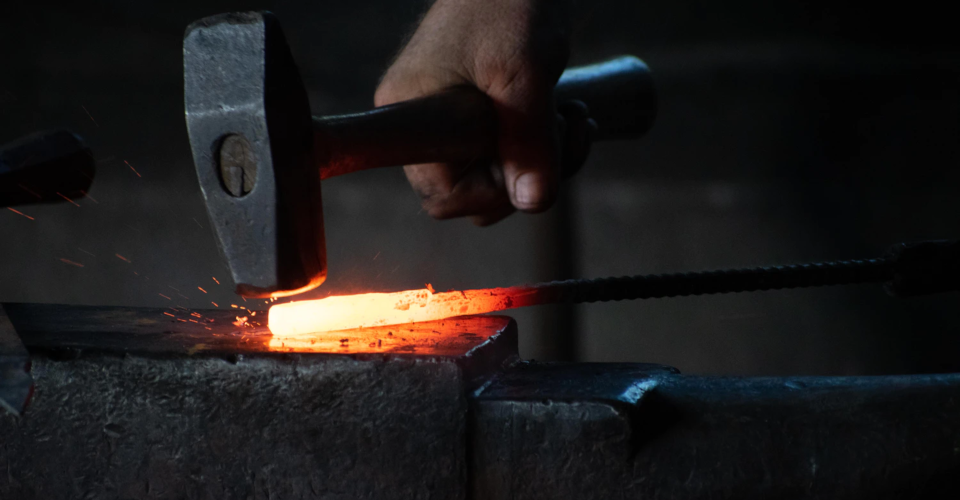 by Joseph Flynt
Posted on May 9, 2021
21 Shares
3D Insider is ad supported and earns money from clicks, commissions from sales, and other ways.

If there was one manufacturing process that most people can visualize, it would likely be forging. This metalworking process is often depicted in medieval films and TV shows as the preferred way of preparing weapons. Thankfully, the technology has come a long way from the olden days of hammers and anvils.

Forging remains one of the more reliable metalworking processes. It has now also diversified into several sub-methods, which has helped make it into a major global industry. What exactly is forging and what are the different forging methods available today? 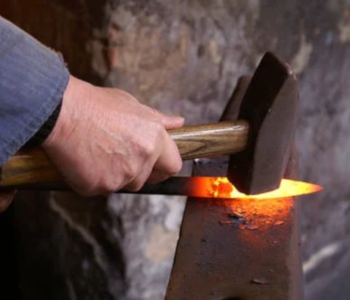 The visual of steel being hammered to form the blade of a sword is a good representation of forging. At the most basic level, forging is simply the process of applying localized compressive forces to alter the shape of a piece of metal. Contrary to popular belief, forging does not always involve very high temperatures – a piece of metal at room temperature can also be forged.

As one of the oldest metalworking techniques, the forging process can be traced back to old-fashioned smithing. Back then, forging was done by heating metal to extreme temperature and altering its shape by hammering against an anvil. Bronze and copper were popular metals used in smithing because of their malleability.

By the 12th century, power hammers started to be become introduced to forging, along with more engineering tooling and production equipment. As this trend continued into the modern ages, manufacturers had fewer restraints on the types of metals they can work with.

Right now, the compressive forces used in forging are delivered via electricity, hydraulics, or compressed air. With CNC technology, it is now possible for forging to be fully integrated into automated processes.

Forging is one of several metalworking processes that can be done without elevated temperatures. Based on temperature, the forging process can be broadly divided into hot forging or cold forging methods.

Hot forging refers to heating a metal above the recrystallization process before the application of compressive forces. In cold forging, the forces are applied to the metal even at room temperature. There is a middle-ground between the two which is called warm forging – this involves temperatures that are 30% of the metal’s recrystallization temperature.

The choice between hot forging and cold forging depends on the desired characteristics of the final product. Cold forging results in work hardening of the piece, which is the strengthening of the material by plastic deformation. Work hardening does not happen in hot forging, although strength is still developed via recrystallization.

Benefits of the forging process

Compared to parts machined by casting or milling, forged parts are much stronger. As the metal is compressed and shaped during forging, its grain texture is also altered to follow the general geometry of the forged part. Cold forged parts also benefit from the effect of work hardening. This creates better fatigue resistance and overall mechanical properties.

Forge presses are very expensive, even more so than a milling machine or a hard steel mold for casting. However, these high capital costs are easily offset by lower operational costs. Manufacturers that use forging have to deal with fewer scrap materials and enjoy higher throughput compared to casting. Forging is also essentially a simpler process than milling and is less demanding of skilled workers.

The fact that forging produces minimal waste is one of its biggest advantages. This means that manufacturers will not have to spend as much on recovery, recycling, or scrapping of a large number of waste materials. 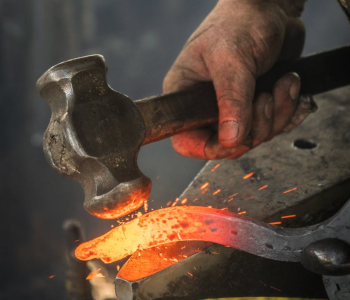 The most basic type of forging, drop forging comes from the act of dropping a hammer onto a piece of metal to alter its shape. Aside from a hammer and an anvil, a customized die is an essential component of drop forging. These dies are distinctly shaped for the part to be produced.

Drop forging is further sub-classified into open-die and closed-die forging. In open-die forging, the metal is never completely confined within the die, instead allowing it to flow outward when struck with a hammer. Open-die forging is suitable for parts with simple geometries and creates better microstructures, reduced porosity, and improved fatigue resistance.

In closed-die forging, the metal is allowed to fill in the cavities of a die using rapid hammer strikes. This results in excess metal or “flash” getting squeezed out of the cavities. This flash is stronger than the rest of the material and restricts additional metal from getting squeezed out of the cavity. The result is that the metal is forced to completely fill the die cavity.

Closed-die forging is ideal for smaller parts and those that require tighter tolerances. The high surface quality finish attained in closed-die forging reduces the cost and labor needed for post-processing.

In roll forging, a round of flat bar of metal passes through cylindrical horizontal rolls to reduce its thickness and increase its length. In most cases, roll forging is done using a series of several cylinders, with each set deforming the metal incrementally. Shaped grooves can also be integrated into these cylinders to create distinct patterns on the finished part.

Roll forging is considered one of the best manufacturing methods for reducing the cross-sectional area of a piece of metal. It produces an insignificant amount of waste, can be highly automated and produces a favorable grain structure.

Upset forging is somewhat a reverse version of roll forging. In upset forging, the diameter of a piece of metal is increased by compressing its length. This is done using a crank press, which is a high-speed machine specially designed for the desired geometry of the finished part. This is a very rapid process and produces little to no flash.

Press forging is characterized by the application of a slow and continuous compressive force instead of the near-instant application of force used by other methods. This gentle compression results in a more distributed deformation of the metal and a more controlled internal strain. This is another ideal method for parts that need to have tighter tolerances.

The major drawback of press forging is that it greatly reduces the throughput of a forging process. It’s also more complex than it seems – a heated die is often necessary for press forging to prevent the metal from cooling prematurely and cracking during deformation.

Aside from the four that we have listed here, there are also a few other less common forging methods. These include methods based on temperature control such as induction forging and isothermal forging. Near-net-shape forging is designed to minimize post-processing work and produce as little scrap as possible. All of these are relevant to the manufacturing industry to some degree.

Forging is the oldest metalworking method ever developed by men and remains very important in today’s commercial and industrial landscape. Despite being based on a seemingly simple concept, modern understanding of material properties has created more than a dozen different ways to forge metal.

In terms of creating very strong metal parts, there is no manufacturing method that is quite like forging. For this sole reason, we expect forging technology to persist and become even more advanced in the coming decades.