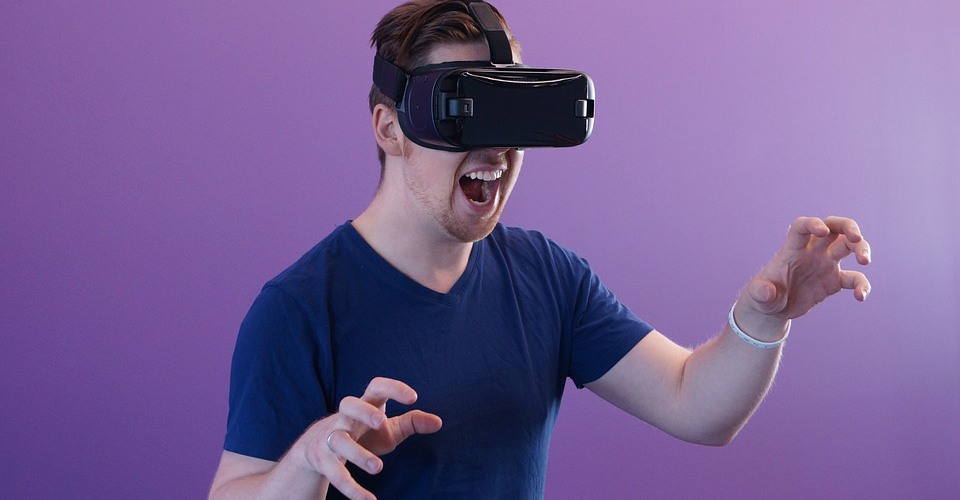 by Joseph Flynt
Posted on October 18, 2019
17 Shares
3D Insider is ad supported and earns money from clicks, commissions from sales, and other ways.

VR headsets take the gaming experience to a different level of immersion. Despite the huge promise of this technology, VR headsets still haven’t it the mainstream. This is partly because VR gaming is still viewed as an expensive, yet inconvenient experience.

Oculus was (partially) able to address these issues with the release of the Oculus Quest: a wireless, self-contained VR headset that does not need to be hooked up to a gaming PC or any third-party accessory. If you’d like to test what the Oculus Quest can do without having to spend unnecessarily, then the good news is that you can download free games for this excellent VR headset.

What is the Oculus Quest?

Despite being a household name in the field of VR headsets, Oculus proved that they remain very much invested in developing new and innovative products when they released the Oculus Quest a few months ago. The Quest is a fully standalone VR headset that comes with its own graphical processor.

Since the Quest does not need to be tethered to a gaming PC (like the Oculus Rift), it is an excellent VR headset for taking the VR gaming experience on the go. It is also the perfect headset for those who don’t currently own a high-end gaming PC. In any case, it’s a far more accessible VR headset that should attract newbies to VR gaming.

Oculus has to make a few concessions to achieve the wireless characteristic of the Oculus Quest. In terms of content, the library of VR games and experiences available to the Oculus Quest is much smaller compared to those for the Oculus Rift headsets. This is because a lot of the games had to be graphically downgraded to make them suitable for the limited hardware of the Oculus Quest.

It certainly seems uncharacteristic for us to come up with such a short list, especially for an article that focuses on games made for the Oculus Quest. While the selection of games for the Quest is much smaller compared to the PC-based Oculus Rift store, the Android-based marketplace still contains some of the best titles to have ever been developed for VR headsets.

The bad news and the reason why we’re only doing a top five is that there are currently only five free games for the Oculus Quest. You can also download free demos for a few paid games, but we’re not counting those for the list.

Are there going to be more free games for the Oculus Quest? We can’t say for sure, but the Quest has only been around for a couple of months so there’s certainly still a lot of time for the marketplace to expand. As the market for standalone VR headsets becomes even more competitive, we expect Oculus to develop more free games to entice more new users. 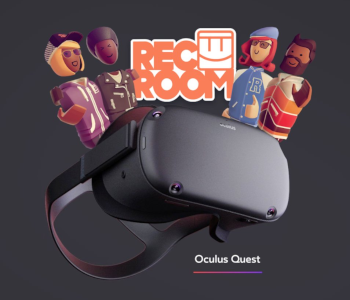 Less a game than a social VR platform, Rec Room allows you to interact with thousands of other VR users. Through the hundreds of rooms in the Rec Room platform, you can spend hours with friends playing games such as dodgeball, laser tag, paintball – even a pirate ship coop quest! It’s also a great place to meet new people. In fact, we’ve heard of lots of accounts of people making new friends through Rec Room.

If you’re not in the mood for games, then Rec Room also gives you the tools to create stuff with your friends. You can work cooperatively to come up with 3D sketches or models either for fun or for more “serious” applications. Of course, you also have the option of simply hanging around with your pals in the limitless 3D space that Rec Room offers.

Rec Room is also a great place for coming up with your own content. Users can create their own rooms and design their own VR games or experiences. Making it even more fun is its cross-platform compatibility. This means that you get to interact with users of all Oculus Devices – from the Rift to the Go and the Quest.

We can’t think of a better means of demonstrating how fun VR interaction is than with Rec Room. Even when you’ve managed to build a collection of VR games, you’re bound to pop in every now and then in Rec Room and play some simple games with your friends. 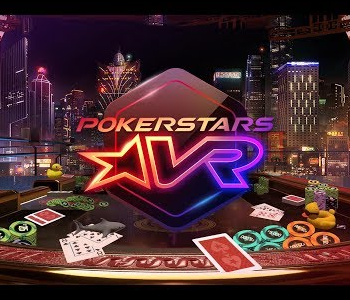 Online poker games are a dime and dozen, but how about one that takes place in a VR environment? Better yet, a game that you can download for free?

PokerStars VR puts you on a virtual poker table, playing with real opponents from around the world. While you won’t be able to read the facial tells of the other players, you will be able to chat with them in real-time to more easily gauge if they are bluffing.

PokerStars VR introduces a lot of elements that make this particular online poker experience fresh. You can design your own avatar, although you will inevitably have sunglasses on. You can also customize the environment where you play: from a standard casino room in Macau to a futuristic space station where you can watch magical creatures lounging around.

You can also summon interactive props to your table to annoy your opponents or to simply pass the time while waiting for your turn.
Our most favorite part of PokerStars VR is how satisfying it feels whenever you throw down your chips and cards to the table. With a realistic physics engine, the cards and chips act a lot like how they would in the real world.

Online poker is addictive enough on its own, and adding a VR element to this experience can make it even better. It’s also free, so there’s no reason why you wouldn’t want this game in the regular rotation of your Oculus Quest. 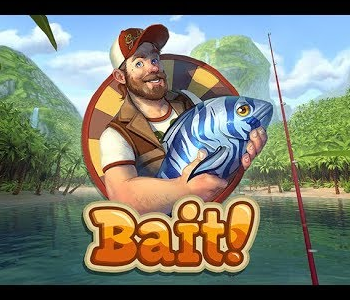 Fishing is a great way to relax and release some stress, but a busy lifestyle also means that finding the time to drive down to your local lake and set up your fishing gear can be hard to come by. Luckily, you can go fishing anytime with your Oculus Quest, and you won’t even need to spend a dime for this totally free-to-play game.

Bait! is an arcade-style fishing game where your character is tasked with looking for a rare fish in the hopes of saving a struggling aquarium in your island town. The fishing mechanics are addictive enough on their own – you cast your line by making a throwing gesture with the controllers, move the line around, and use a ‘reeling in’ motion to secure your catch. The game has four different lakes, each with its set of unique fish. Fair warning: it’s going to be easy to find yourself addicted to catching as many types of fish as possible once you get started.

Excellent fishing mechanics aside, the game also features a gripping storyline and a couple of colorful characters who you’ll get to know as you move around the game’s island setting. The environments aren’t exactly realistic but are rather fittingly cartoonish and stylish. This isn’t a knock on the game, as it helps create a more relaxing and laid-back mood.

All in all, Bait! is a great VR game for those nights when you just want to kick back and play a game with no complex or difficult mechanics. As horribly cliched as it sounds, Bait! reels you in with its relaxing environments and addictive collection mechanics. 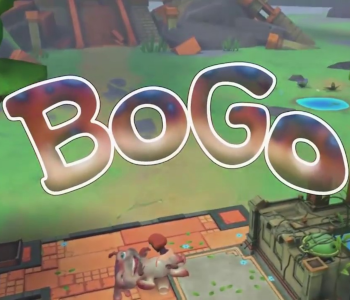 If you’ve got kids around the house, then a VR game that requires a lot of hand-eye coordination will probably be too difficult for them. You need a game that’s just simple and fun, which is exactly how we would describe the VR pet simulation game, Bogo.

As a side note, adults might not be able to appreciate how fun Bogo is. It’s nothing more than a virtual pet simulation – basically Tamagotchi on VR. There’s no real storyline, no complex challenges or puzzles, and no other character other than the alien-like create you need to take care of. If you’re an adult, you’re not likely to get more than 10 or 15 minutes of fun out of Bogo.

However, Bogo is extremely fun and engaging for kids. In fact, this game can keep them entertained for several hours on end. They can feed their pets, play games with them, pet them, and watch them grow right in front of their eyes. It’s all very simple and really highlights how easily kids can be amused by activities that adults tend to take for granted.

VR technology has the potential to change the cinematic viewing experience forever by letting the viewers feel like they are viewing the movie from inside. From the unique perspective that VR headsets can offer, viewers have the option of viewing cinematic content from different angles, making each viewing performance unique. You’ve probably seen some of these 360 videos floating around on YouTube and Facebook.

Within is basically a hub that provides access to dozens of free VR videos. From music videos, documentaries, animated shorts, and horror films, Within is a convenient gateway that connects you to a large library of free and curated VR content. Some of these videos are award-winning, which makes it a pleasant surprise that you can watch them for free from your Oculus Quest.

Streaming VR videos can be very bandwidth-intensive, so we really like how Within provides you the option of downloading them so you can watch them seamlessly. It would be much better if you can pre-download for viewing later, though, which is a feedback echoed by a lot of Quest users.

If you’ve got a hankering for popular VR movies like Lego Batman, Inside the Sound, or Crow, then Within is the best way for you to enjoy them.

If you were looking forward to a long list of free VR games and experiences for the Oculus Quest, then we’re sorry to disappoint you: these are all that you can get for free at the moment. It’s not all bad, though, as these titles merely serve to highlight the best features that the Oculus Quest can offer. Pop one or two of these titles in your VR headset, and you’re bound to end up wanting more.

Right now, Facebook Horizon is listed on the Oculus Quest page as coming soon. Another free VR game, Facebook Horizon seems to be in the vein of Rec Room as a social hub where players can meet and engage in activities together. According to the description, the VR hub will also allow you to create your own ‘Horizons.’ Facebook Horizon is currently accepting sign-ups for its beta launch, although no date has been announced.