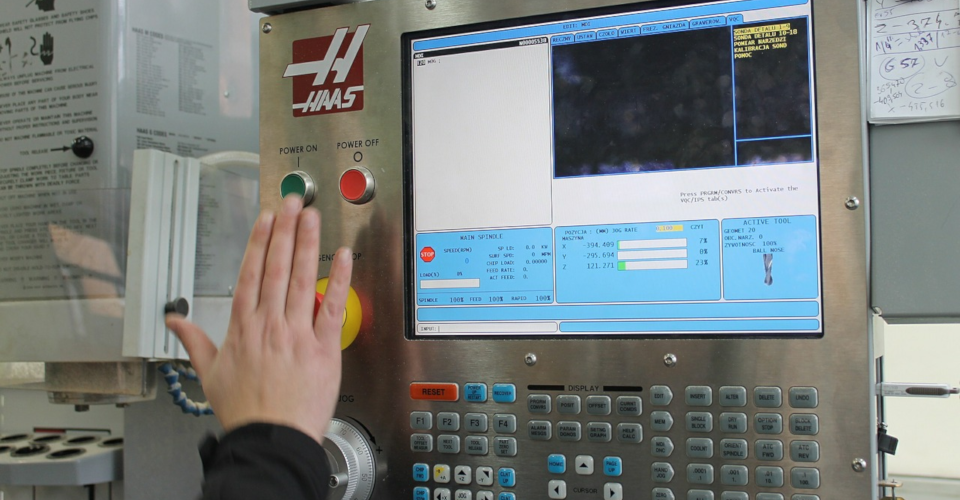 G-Code Analyzer – What It Is and Where to Find One

by Joseph Flynt
Posted on July 20, 2020
23 Shares
3D Insider is ad supported and earns money from clicks, commissions from sales, and other ways.

From CNC mills to 3D printers, a lot of manufacturing technologies being used nowadays have become highly automated. Whether for mass-scale production or one-off projects, an automated process has the benefits of being fast, consistent in terms of quality, and repeatable. It also doesn’t require a lot of skill, aside from possibly being able to make 3D models or tweaking the machine’s programming.

Speaking of programming, there is an algorithm or code that every automated manufacturing equipment follows. This is known as the G-Code. Just like any programming code, it may be tough to figure out how a G-Code algorithm will in terms of equipment performance. What tool can you use to analyze G-Code?

G-Code is the common name for the standard programming language developed for Computer Numeric Control (CNC) machines. CNC is a technology by which the movement and operations of machine tools can be automated, reducing the need for manual operations and ensuring better repeatability and consistency. The development of CNC systems has undoubtedly revolutionized the field of manufacturing by making mass production more efficient and economical while also providing a greater degree of design freedom.

At the core of every CNC-enabled machine is the G-Code – a list of instructions that tell the machine what to do. These instructions can range from moving a tool to the desired position, rotating the tool at a fixed speed, or heating an element to a specified temperature. As you can imagine, different types of CNC machines will require different sets of G-Code commands.

Compared to other programming languages, G-Code is actually quite basic. It uses no variables and no logic relationships – it literally is just a list of commands. However, these commands are meant to be understood by machines and not humans. A G-Code algorithm isn’t exactly 100% intuitive unless you’ve had experience writing your own G-Code programs

What does a G-Code analyzer do?

A G-Code is basically just a list of commands written in a standard language that a CNC machine could read and interpret. Much like any language foreign to us, G-Code can also be “translated” to make it more easily understandable. This is exactly what a G-Code analyzer can do, but many of them go the extra mile.

A G-Code analyzer interprets each line of command in a G-Code algorithm to extract numbers like the total amount of printing time, the average speed of travel of the print head, how much filament will be used, the total distance that the print head will travel, how many times the extruder will retract the filament, and the average filament feed rate. This is a great tool for fine-tuning your 3D printing parameters to optimize the whole printing process, such as if you want to reduce printing time or lessen the amount of filament consumed.

Other G-Code analyzers also come with visualization tools. This means that you can see a 2D representation of the model as it is being built from a top-down perspective. You can either see each layer as a whole or view the animation of each layer being built, all the while monitoring which G-Code commands are taking over the operations of the printer. This is a handy tool if you are anticipating issues with the model, such as when you have large overhanging features.

The good news is that the software made for your equipment likely comes with a G-Code simulation or visualization tool. For a 3D printer, this comes in the form of slicer software that converts a 3D model into the appropriate G-code algorithm. The equivalent for these in CNC machines is the Computer Aided Manufacturing (CAM) software.

Luckily for those who want a convenient platform for analyzing and simulating G-Code programs, there are now several online browser-based G-Code analyzers that can be used for free. Each one of these works in pretty much the same way. Simply upload your G-Code file and let the analyzer do the work. Take note this can be a very resource-intensive process, so it might take some time before the platform can simulate your code.

In any case, it wouldn’t hurt to run your program through an analyzer before going ahead with the real thing. Here are some the best G-Code analyzers we’ve found: 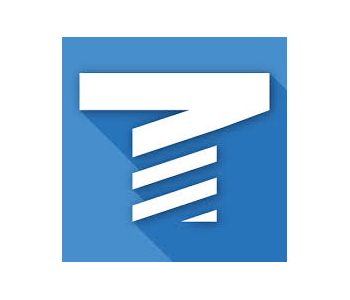 This is an all-around browser-based platform for 3-axis simulation of a G-Code program. This is probably your best option if you want a G-Code analyzer that can work for both 3D printers and CNC machines. Despite its basic appearance, this is one of the most powerful tools you can use to refine and test your G-Code program.

After uploading your G-Code, the interface should display a 3D representation of the code’s output. You can click on elements in the model to highlight the relevant command lines or click command lines to highlight their corresponding 3D outputs. You can switch across different views with a single click using an innovative ‘rhombicuboctahedron’ selector. Alternatively, the 3D environment is also compatible with a 3D mouse. If you use one for designing in CAD, then this will certainly be a pleasant surprise.

The back plotting tool allows you to view a playback of the project as its being built line-by-line according to the G-Code program. You can pause the playback at any time or rewind and forward to any point, allowing you to identify problems, make remediations, and check the effectivity of such corrective actions.

NCViewer may lack a visually pleasing interface, but anyone with experience in 3D design will feel right at home with it.

Another web-based tool, G-Code Analyser was designed specifically for 3D printers. What makes it even more unique is that it’s an open-source program, so you’re free to modify it however you want.

Cognizant of who its audience is, this tool has an interface that’s easy to understand and navigate through. Aside from uploading the G-Code, you will also get the best results by providing the settings of your 3D printer. The interface allows you to create up to four sets of settings for quick comparison.

Once all the required information has been provided, the program will run the simulation and provide layer-by-layer previews of the G-Code output. The platform also provides a convenient summary of performance parameters such as how long the printer will take to finish the job and how much filament will be consumed. 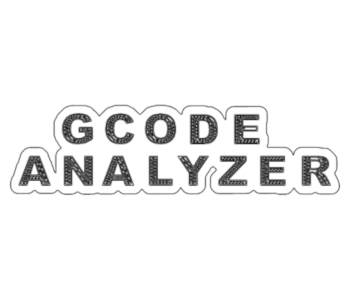 Another open-source program, gCode Viewer is a great tool if you prefer processing the G-Code locally and without having to upload the code. As usual, you only need to select a G-Code file for the program to start the simulation. The options for printer settings in this program aren’t as refined as some of the other entries, but they get the job done.

Once the simulation has been completed, you can view a 2D model of the project layer by layer. You can also show two layers at a time to see potential overhang problems or animate the whole sequence of layer building. The viewer will also highlight points where the nozzle retracts and restarts. Each part of the simulated model comes with a clear reference to the line of G-Code commands it is ascribed to.

The developer of this program made an attempt to include a 3D model viewer but it’s still pretty clunky and far from the quality of the NCViewer. It’s not absolutely necessary – you can get by with just the 2D viewer. The program is completely open-source, so you’re free to modify it as you see fit.

With the way that slicer and CAM software bridge the gap between 3D models and automated manufacturing equipment, it’s easy to overlook a step of the process that typically becomes invisible to us.

Everything action that a CNC-enabled machine performs is based on commands as written in a G-Code algorithm. While you can pretty much leave the G-Code alone and let the software do all the work, there is also value in taking a closer look at the G-Code and see how small tweaks can affect its output.

The value of these G-Code analyzers is that you can play around with G-Code commands and simulate their overall effects. The worst thing that can happen with improperly written G-Code is that your CNC machine or 3D printer gets irreparably damaged. By using a G-Code analyzer, you have the freedom to tweak your G-Code in a completely risk-free environment.