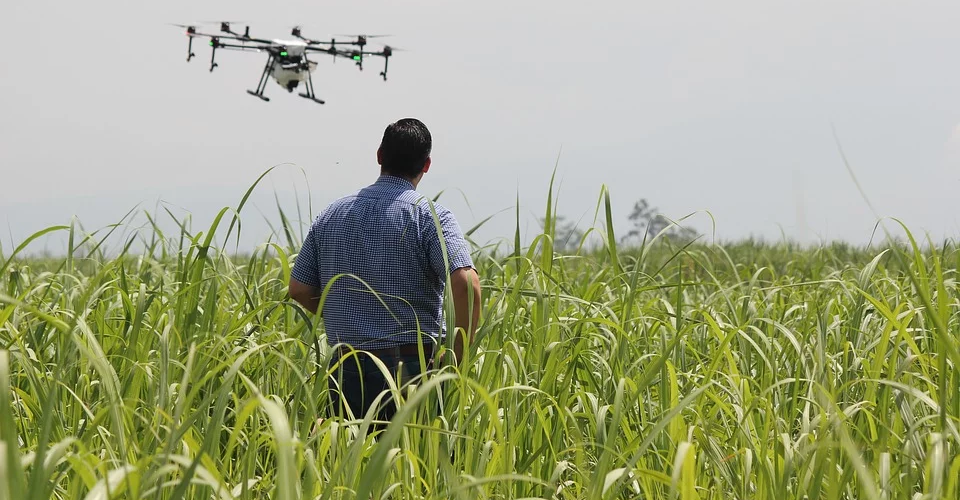 Part 107 Tips: How to be a Good Visual Observer

by Joseph Flynt
Posted on December 4, 2019
21 Shares
3D Insider is ad supported and earns money from clicks, commissions from sales, and other ways.
DJI has just released the Mavic Air 2. See all of the specs here.

Situational awareness is one of the most important tools that a drone pilot should have whenever they go out on flight missions. After all, there are a lot of hazards that can easily lead a drone pilot to lose control or crash their drone, such as birds, obstacles, other aircraft, or even bad weather. For this reason, there are certain situations where the drone pilot needs to have someone else watch out for these hazards – a visual observer.

When is a visual observer needed?

There is some legal basis for having a visual observer with you when conducting a drone flight mission. One of the more important parts of the Part 107 set of rules for commercial drone pilots, as enforced by the FAA, is the concept of maintaining a “visual line-of-sight” with the drone at all times.

According to the rule, a remote pilot-in-command must maintain visual contact with the drone, regardless of whether they need to fiddle around with the remote control or talk to other people on the ground. This is easier said than done, as a lot can happen on the ground that can distract you from paying full attention to the drone. While a visual observer isn’t strictly a requirement in such a scenario, it is highly recommended to have one, especially if you’re flying commercially.

Aside from miscellaneous distractions, there is one particular scenario where a visual observer is required: when flying using FPV goggles. The FAA has ruled that flying purely through FPV drastically reduces the situational awareness of the pilot because of the limited field-of-view that FPV flight provides. Thus, you will need another person to maintain visual contact with the drone.

What are the duties of a visual observer?

Being a visual observer sounds like an easy job. After all, you literally just have to keep looking at the drone and its immediate surroundings. However, the real job of the visual observer is to assist the remote pilot-in-control by identifying potential obstacles or other nearby hazards. That considered, being a good visual observer involves responsibilities that are a bit more complex.

Thus, the visual observer has to juggle several tasks simultaneously, which is far more complex than simply “keeping an eye” on the drone.

Training to be a visual observer

Whether for yourself or your drone flight buddy, there are a couple of steps that can be taken to ensure that a visual observer can perform their duties well. This is still a two-person job, though, which requires effort from both the drone pilot and the visual observer.

1. Develop a pre-flight checklist to be done with the drone pilot

One of the recommendations from the Part 107 rules is for a drone pilot to develop a pre-flight inspection checklist to confirm if the drone is in a “fit to fly” condition. If you’re flying with a visual observer, then it’s worth the time to extend this concept a bit and create a pre-flight briefing where the drone pilot and visual observer can discuss their assigned tasks, the hazards inherent to the mission they are about to do, and the emergency procedures should those hazards come up.

Every mission can be different, so the flight team can come up with a unique briefing for each one. The team can also take the time to look over any adverse conditions they are faced with, such as potential bad weather, large obstacles in the way, or any possible sources of signal interference. Emergency procedures can include alternative landing spots and ways to control bystanders should an emergency landing be necessary.

2. Positioning yourself close, but not too close, to the drone pilot

Positioning is crucial when acting as a visual observer. You must be close enough to the drone pilot so that you can hear each other clearly, but not too close to crowd them or prevent them from moving around if necessary. It’s often best practice to be positioned at either the 3-o’clock or 9-o’clock positions, the best choice of which depends on where you can more clearly see the drone.

Although the FAA allows the use of walkie-talkies for the visual observer and the drone pilot to communicate, we don’t recommend relying on such devices completely or for too long. Communication devices merely introduce another method by which your system may fail – you might forget to charge the batteries, or the signal between them might get poor enough to cause miscommunication. Thus, it’s still best to be within earshot of each other and to only use walkie-talking when absolutely necessary.

3. Establish a system for scanning the drone’s surroundings

Monitoring the drone and its immediate airspace is something that a visual observer needs to do constantly throughout the mission, and it will be easier and more effective if it will be done systematically. There’s no standard procedure that visual observers need to follow, but here’s a simple one to get you started:

Aside from keeping an eye on the drone, a visual observer must also watch out for sounds such as those from an approaching aircraft. In some cases, an audible warning may become apparent even before a hazard becomes visible.

5. Establish a “common language” with the drone pilot

This skill may take a while to master, but the drone pilot and visual observer need to come up with a set of phrases which they will use to communicate with each other over the course of the mission. This should ideally include phrases to handle common scenarios, such as hazards coming in from above or below, or when the drone is flying too far away to still maintain visual contact.

6. Speak up about anything!

One thing that a visual observer needs to know is that there’s no detail too minor to not tell your remote pilot-in-command about. Even the slightest noise, a pack of birds flying in the horizon, or a crowd forming around your flight team warrant some dialogue between you and your drone pilot. Communication is key when flying as a team, and having no restrictions on what you can and cannot talk about can help your team perform much better.

Doing flight missions as a visual observer is no time for you to be looking at your phone and writing e-mails. You also cannot act as an assistant to your drone pilot to retrieve replacement batteries or put a sun hood on their controller.

The very core of your function is to give 100% attention to the drone and its immediate surroundings – nothing else. If you are anticipating other sources of distraction, such as bystanders coming up to ask questions about what you’re doing, then your flight team may consider adding another team member to handle such distractions.

8. Read up on Part 107 flight restrictions

This may no longer be needed if you are also a Part 107-certified drone pilot, but if this were not the case, then it would be best to read up on the basics of Part 107. You don’t need to go crazy on it – knowing the basic flight restrictions such as flying at night, over people, or beyond certain altitude limits should do. You don’t need to be a licensed drone pilot or undergo any formal training to be a visual observer. Even a brief introduction by the drone pilot to the rules of Part 107 will do.

While it doesn’t take an exceptional amount of skill to act as a visual observer, the dynamics between the drone pilot and the visual observer is something that takes a lot of time and practice to master.