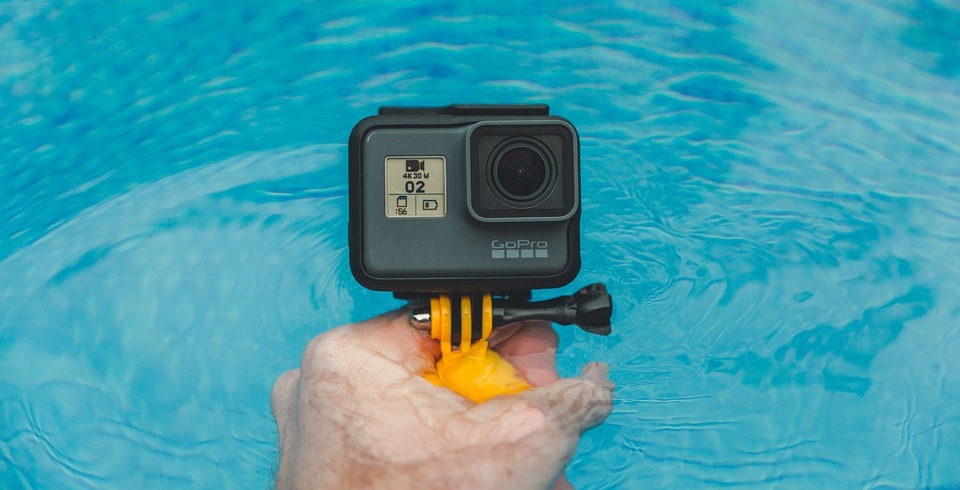 by Joseph Flynt
Posted on November 25, 2018
17 Shares
3D Insider is ad supported and earns money from clicks and other ways.
DJI has just released the Mavic Air 2. See all of the specs here.

Cyber Monday is your last chance to get a big discount on a GoPro action camera. GoPro doesn’t offer discount often so this is a good opportunity to pick one up ahead of the holidays.

GoPro creates the best action cameras by far. They are continually advancing the technology to provide higher quality video with every series. You can now get crisp 4K video with advanced stabilization algorithms so that you get the perfect shot every time.

The Hero7 White and Silver are budget action cameras. The main disadvantage of getting them is that they have a built-in battery, which means you can swap in a new one and continue recording. They also have a lower resolution sensor that’s capable of 10 MP photographs. In contrast, the Hero7 Black can offer 12 MP photos.

The Hero7 White offers 1080p video at 60 fps, while the Hero7 Silver takes it up a notch to 4K video at 30 fps. The Hero6 Black is superior to both of these by offering 4K video at 6o fps just like the Hero7 Black.

The GoPro Fusion is a unique 360 camera that gives you stunning footage. 360 cameras are still rare so your footage will immediately look unique with it. It’s capable of 18 MP photographs and the quality is really good.

Overall, a GoPro is what you get if you want the best. You can save quite a bit of money on one with these Cyber Monday deals.