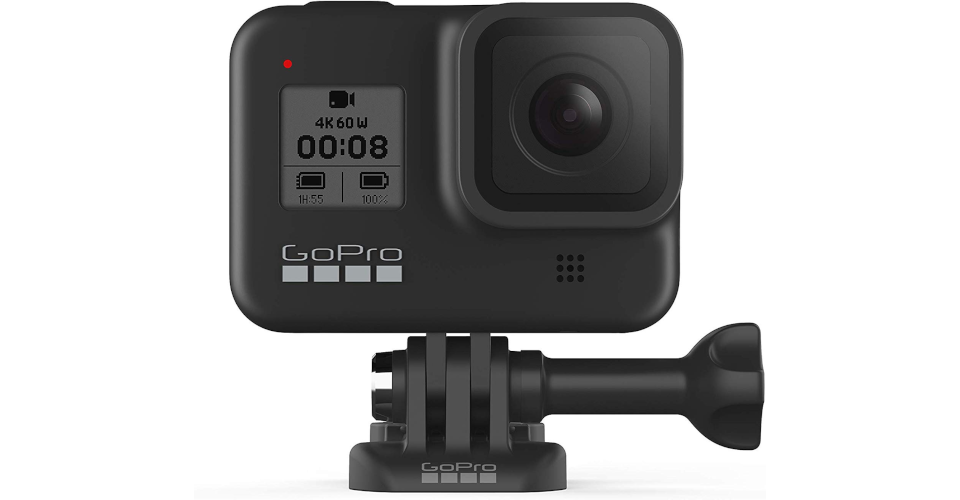 GoPro Hero 8 vs Hero 7: Is Upgrading Worth It?

by Joseph Flynt
Posted on December 24, 2019
21 Shares
3D Insider is ad supported and earns money from clicks, commissions from sales, and other ways.
DJI has just released the Mavic Air 2. See all of the specs here.

The GoPro Hero 8 Black is finally here, and it looks just as expected – much like a GoPro action camera. It may not appear as nothing has changed, there are a few significant differences under the hood from the Hero 7 Black.

Let’s see if the raft of upgrades enough to get you to upgrade to the latest model. Or if its predecessor still good enough on its own that it remains a value purchase for your first GoPro. Our comparison will answer these questions, so make sure to read on.

The brand-new GoPro Hero 8 Black brings some impressive upgrades over its predecessor. For one, expansion mods for this model are readily available, enabling you to add an external microphone, an LED light, and an external display that is aimed at making the lives of vloggers a lot easier.

GoPro also added some exciting features to the Hero 8 like built-in mounting and brand-new features like HyperSmooth 2.0 and TimeWarp 2.0. We will be discussing all these novel additions as we compare it to the Hero 7 Black.

All GoPros share the same general design. However, compared to older models, the Hero 8 Black comes with a slightly revamped design since mounts are incorporated into the camera body. This means you do not need to get a mounting frame or case to attach it onto a tripod or handheld attachment.

The Hero 8 Black is a lot smaller compared to the Hero 7 Black. It is also more compact compared to its predecessor since the lens bulges a lot less from the body. Even though it is a bit heavier, the built-in mounts mean significantly less overall weight when in use.

Our Pick: GoPro Hero 8 Black for incorporating mounts on the camera body

Both the Hero 8 Black and Hero 7 Black uses the same sensor and GoPro’s own custom processor, the GP1. This is a chipset that dates back to the Hero 6 series, but the company has found ways to optimize it for their latest models and unlock more performance out of it. This leads to significantly better video stabilization and other features that are not available on both the Hero 6 and Hero 7 line of cameras.

Both action cameras come with removable batteries that have capacities that are almost identical to each other at 1220 mAh. This allows you to film 4K videos for about 90 minutes, which is definitely enough when you are shooting raw footage for vlogs and other projects.

Our Pick: Slight edge for the GoPro Hero 8 Black for improved stabilization

All cameras come with their own form of stabilization, and GoPros as those that are built for recording a lot of action, this is an important feature. The Hero 8 Black has the HyperSmooth 2.0, which is an upgrade of the Hero 7 Black’s HyperSmooth technology.

Both these stabilization features are excellent, but they still do suffer from side-to-side jerks. However, the HyperSmooth 2.0 turns it up a notch compared to its predecessor. Comparing the two, the one on the Hero 8 Black performs significantly better since it is available in all framerates and resolutions. It also comes with a boost mode that provides better results with an additional crop.

HyperSmooth is already pretty solid on the Hero 7 Black, most users find it satisfactory and give them the results that they are looking for in their action videos. The upgraded version of the Hero 8 Black bumps it up a bit making it more capable and giving you much smoother videos.

Our Pick: GoPro Hero 8 Black for the improved HyperSmooth 2.0 at all frame rates and resolutions

Now, let’s take a look at what makes GoPro cameras a consumer favorite, the videos that they produce. Both the Hero 8 Black and Hero 7 Black supports 4K 60 fps video recording, which is almost a must for high-end cameras.

The Hero 8 Black also comes with TimeWarp 2.0, which is GoPro’s latest hyperlapse mode, so you can create smooth moving time-lapses. This revolutionizes time-lapse videos since you can shoot this while in motion, rather than the traditional way where you stick your GoPro on top of a tripod.

Together with the new stabilization technology, these video features on the Hero 8 Black are definitely solid improvements.

Our Pick: Slight edge for the GoPro Hero 8 Black for better hyperlapse and time-lapse capabilities

Both the Hero 8 Black and Hero 7 Black are equipped with a 12MP sensor that is capable of shooting RAW images giving you more flexibility if you love to enhance them with software. As with most modern digital cameras, both can take burst, time lapse, and timed photos.

The newer Hero 8 Black also comes with a LiveBurst feature that captures images within a window of 1.5 seconds before and after you press the shutter. This feature comes in handy for capturing unpredictable scenes that you might miss.

GoPros are not really known for their photo mode, but this is definitely an excellent backup to your primary camera for quick shots where you might not be able to unpack your larger DSLR or mirrorless device.

Our Pick: Slight edge for the GoPro Hero 8 Black for SuperPhoto with improved HDR

Not one of the features that GoPros are usually known for, the Hero 8 Black comes with a new front-facing mic that is wind-optimized and promises high-fidelity sound. It will not match the performance of external microphones, but this is definitely a decent upgrade from the Hero 7 Black.

It does have a slight edge over its predecessor, which is especially noticeable when you are recording in windy conditions. This feature certainly comes in handy when recording with natural audio on the fly. 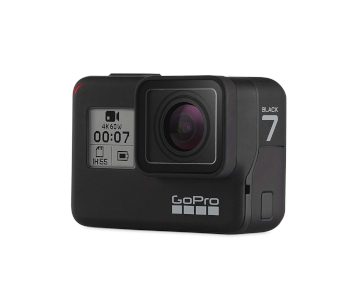 Together with the Hero 8 Black, GoPro is releasing a new set of accessories called Mods, and this is the stand-out feature of this model. If there is a reason that you would want to upgrade, it is all about these Mods. This instantly turns your camera into one that is more fit for vlogging. These mods will give the Hero 8 Black features that have not been seen on a GoPro or any action camera for that matter.

The Media Mod comes with a built-in shotgun microphone for significantly better audio recording, a 3.5mm mic-in, micro-HDMI out, USB-C port, and other accessories.

There is also a Display Mod, which comes with a 2-inch display that you can face your way to help you frame shots better. The screen also comes with its own 680mAh battery pack so it does not affect your GoPro’s available usage time.

The final add-on is the waterproof Light Mod that comes with about 200 lumens that adds much-needed lighting so you will be able to achieve a much clearer shot or recording of your subject. It also comes in handy when you are using the Hero 8 Black for vlogging in low light conditions.

These will definitely add considerable value to your GoPro making it much more than an action camera and turning it into a more versatile recording device that is significantly lighter than your typical DSLR. These mods make it an excellent vlogging camera for a lot of different situations.

Our Pick: GoPro Hero 8 Black for the extended mod support

Both the GoPro Hero 8 Black and Hero 7 Black are fantastic devices and have considerably changed what action cameras are capable of. However, the Hero 8 Black wins out as the best one because it takes all of the Hero 7 Black’s features and takes it to the next level. Its predecessor is known for its HyperSmooth technology, and the latest model improves on it with HyperSmooth 2.0.

What sets the Hero 8 Black from the previous model is the extensive mod support that makes it a more versatile camera. Now, it is more than just an action cam that you clip on your helmet, bike handlebar, or surfboard and record your videos. It’s an excellent vlogging camera that you can use that can rival the performance of much heavier DSLRs.

These features make it a significant and worthwhile upgrade from the Hero 7 Black.

The Best Value for Your Money

The Hero 7 Black is still a reliable action camera, and if it is an action camera that you are looking for to record your adventures, then it is something that you should consider as it will provide you with the best value for its price.

However, if you are into vlogging and want the expansion mods since they are going to make video recording a breeze, then the Hero 8 Black is going to be a better value. Do remember, though that the mods come at a price, so you will still need to shell out some cash to get them, but in terms of a better quality of life, nothing can beat having them ready.

Overall, it really depends on your needs and how you want to use your GoPro. They both provide similar video and picture quality, it is just that the Hero 8 Black is a more versatile camera if you are into vlogging.

The Best One for You 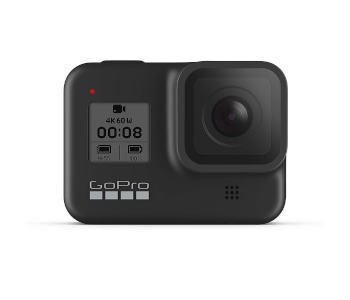 There is a significant difference between the two models, and if you are getting your first action camera, then the best one for you probably is the newer version, the Hero 8 Black. Overall, it provides you with more versatility, especially with its built-in support for expansion mods.

However, if you have just bought a Hero 7 Black, there are a few questions that you will need to address to know if you really need the features of the newer Hero 8 Black. Are you looking to use your GoPro for vlog-style video recording? Are you the type that loves to accessorize your camera so you can shoot videos quickly? If you answer yes to any of these questions, then the Hero 8 Black might be the best pick for you.

In terms of performance, both cameras will give you 4K 60fps videos effortlessly. So, if you are simply after the quality, then you might want to scale back and get the Hero 7 Black. The Hero 8 Black just slightly edges its predecessor when it comes to video, picture quality, and processing, so you should expect the same results when using one or the other.

The GoPro Hero 8 Black is indeed an enormous change to the company’s action cameras. It clearly changes the game for everyone in the industry. The support for expansion mods makes it highly adaptable that, at this point, it is more than an action camera.

The performance of the Hero 7 Black is already remarkable, and the Hero 8 Black pushes the boundaries even more and adds the mod support that makes it a highly useful camera in just about any situation.