by Joseph Flynt
Posted on November 18, 2019
17 Shares
3D Insider is ad supported and earns money from clicks, commissions from sales, and other ways.
DJI has just released the Mavic Air 2. See all of the specs here.

Black Friday is the best time to get a GoPro action camera. You can save hundreds and this year the offers don’t disappoint. GoPro has released Black Friday deals on their latest model. These deals are not live right now and they are expected to be available on November 27th. 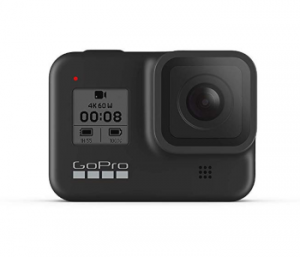 The all-new Hero 8 Black was just released two months ago in September. It is a bit surprising to see it on sale so soon after release. It is the first GoPro physical redesign in four generations and the body is now significantly smaller. Not only that, but it now has a built-in mount. This means that you not only need less equipment, but you also can change the battery and the memory card without removing the mount.

The Hero 8 shares the same sensor as the Hero 7 but there are some improvements in the backend to provide more stable footage. The Hero 8 now has a new microphone on the front of the camera to get better audio.

The Hero 8 features improved live-streaming abilities. Live-streaming was capped at 720p in the Hero 7, but it’s now a much more respectable 1080p in the latest version.

This deal will be available at Best Buy and Target. The Best Buy version comes with a bundle that includes a headstrap and an SD card. 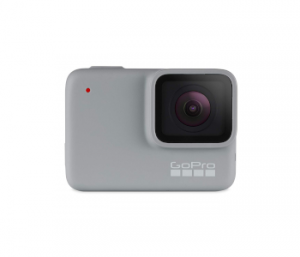 Those looking for a budget action camera might like the Hero7 White. This deal is for $20 off and it’s only available at Walmart. This GoPro is waterproof and rugged like more expensive options. It can take 10 megapixel photos and full HD video at 60 frames per second.

The Hero7 white does not have livestreaming capabilities. The footage is not quite as smooth as the more expensive Black version but it’s still respectable. It also has a built-in battery that cannot be quickly swapped. Other than this, this is a great budget action camera for the price.

Overall, it’s awesome to see that GoPro has discounted the newly released Hero8 Black. With its fresh redesign, now is a great time to upgrade while saving some money.