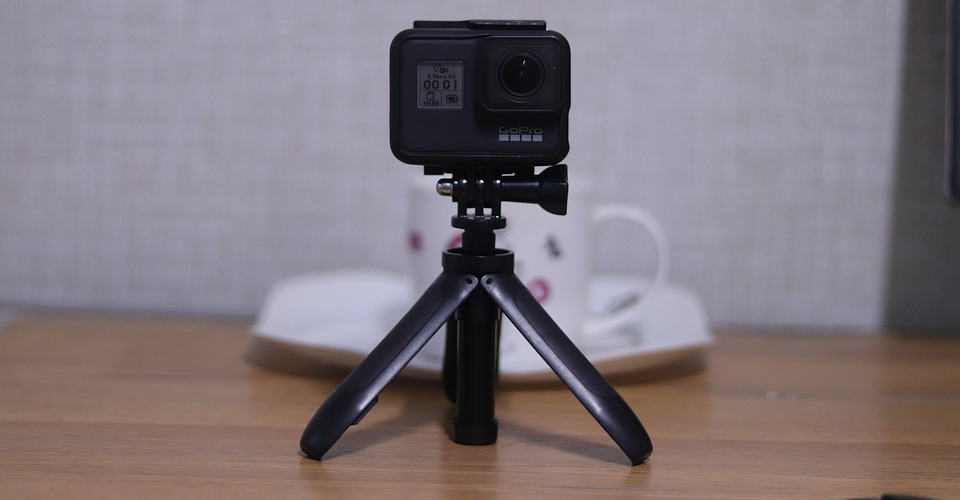 How to Use a GoPro With a Remote

by Joseph Flynt
Posted on August 19, 2019
17 Shares
3D Insider is ad supported and earns money from clicks and other ways.
DJI has just released the Mavic Air 2. See all of the specs here.

GoPro has become the action camera of choice for many travelers, vloggers, adventure junkies, and hobbyists around the world. Even professional users find GoPro cameras quite useful.

One of the main attractions of any GoPro camera is its design. These cameras can go pretty much anywhere considering size restrictions, spacial provisions, or weather conditions. GoPros can go where other conventional cameras cannot. Their rugged design and image stabilizing features make them quite “action” oriented.

A user can shoot from a GoPro without using their hands. GoPro cameras (and supporting accessories that come with the camera) make hands-free filming quite simple to achieve. Speaking of hands-free and going to places where conventional cameras cannot go, one of the most transformational capabilities of GoPro cameras is the option to control the camera remotely.

There are quite a few ways in which you can control a GoPro camera remotely. Different options have their unique pros and cons. Each specific option will be perfect for a specific situation. Let us explore some of the ways in which GoPro cameras can be controlled remotely. 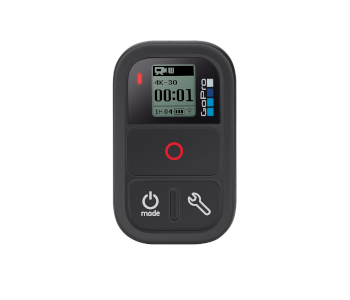 GoPro used to have three different remote control models for sale as its official remote controls. However, two of those three have now been discontinued and the GoPro Smart Remote is the only option available at this time.

The GoPro Smart Remote has a decent range of 600 feet. Besides, one single remote controller can control a staggering 50 GoPros at once.

The GoPro Smart Remote is also waterproof for up to 33 feet or 10 meters underwater. The controller is compatible with all GoPro cameras that have wireless connectivity.

The GoPro Smart Remote has an LCD screen which shows the same content that is displayed on the small front screens of larger GoPro cameras.

The GoPro Smart Remote is designed in such a way that it can be mounted on your arm or on your gear. You can be hands-free while using your mounted controller to adjust camera settings, power the camera on or off, click photographs, and start or stop video recording.

In order to charge the GoPro Smart Remote, one has to use a special charging dock that resembles a key. If you do not want to charge it on the dock or if you lose your charging dock for whatever reason, then you can purchase USB charging cables and plug them in a wall adapter. 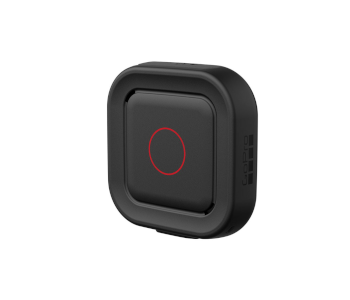 The GoPro Remo is officially a discontinued remote controller by GoPro. However, you can probably still find it on Amazon or somewhere else in the market. It used to be one of the official remote controllers offered by GoPro.

This might seem a lot shorter than the range offered by the GoPro Smart Remote. However, one has to understand that the GoPro Remo uses Bluetooth for wireless connectivity, and hence, it has a shorter range. The underwater range on the GoPro Remo is 16 feet or 5 meters.

The voice control feature on the GoPro Remo supports 10 different languages. While there is no LCD screen on the actual controller, the user can perform 13 different commands using the controller.

The GoPro Remo is designed in such a way that it can be mounted on your arm or on your gear. You can be hands-free while using your mounted controller to adjust camera settings, power the camera on or off, click photographs, and start or stop video recording.

Overall, the GoPro Remo did not receive the best of reviews. It had reliability issues and users have commented on the problems in their reviews. In environments with a lot of noise or wind, the GoPro Remo is known to have stopped working.

Perhaps, these issues could be the reasons why GoPro decided to discontinue the Remo controller. However, if you like the features and the voice controls that the GoPro Remo offers, then you can probably buy one online.

In order to charge the GoPro Remo, one has to use a special charging dock that resembles a key. If you do not want to charge it on the dock or if you lose your charging dock for whatever reason, then you can purchase USB charging cables (type C) and plug them in a wall adapter. 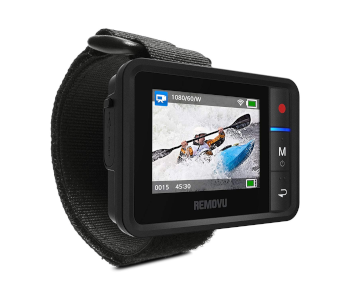 The Removu RM-R1+ might not be an official GoPro product, but it receives great reviews from GoPro camera users. It has revolutionary features like WiFi live view whereby you can view your camera action on a 2-inch LCD screen.

The R1+ comes with an IP rating of IPX7. It can stay 1 meter underwater for 30 minutes. The Removu RM-R1+ can directly connect to the GoPro camera via WiFi. There is no need to have a smartphone as an intermediary for a WiFi connection.

One can adjust GoPro camera settings, start or stop recording, and perform many other functions using the Removu RM-R1+ controller. Users can also playback video scenes from the GoPro camera right after they have been captured.

The playback can happen without ever touching the camera or viewing its screen. Users can view the playback from the mounted controller itself. That is a very useful feature offered by the R1+.

The design of the Removu RM-R1+ is versatile. The controller can be worn on the body or mounted on any kind of equipment or gear. Its rugged design and strong material make the controller quite durable for adventure-environment usage.

One has to note that the Removu RM-R1+ has compatibility issues with some older GoPro camera models. For example, the controller will not work with the HERO 5 Session. It will not allow users to access the settings of the HERO 5 Black or the HERO 6 Black. 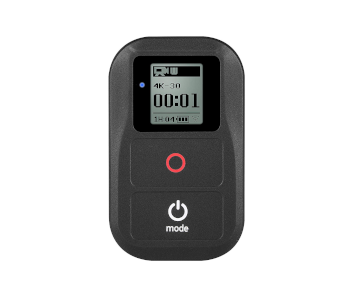 The Suptig remote controller is another option worth exploring for GoPro camera users. It has a small LCD screen which shows some camera metrics and its status. It works with older GoPro models like the HERO 3, the HERO 3+, Hero 4, HERO4 Session, HERO5 Session, Hero Session, and HERO 5. 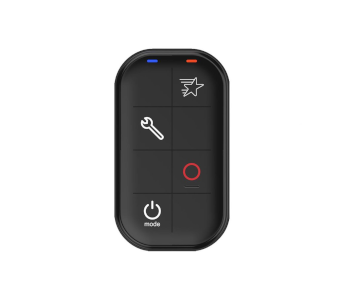 The TELESIN controller follows a magnetic charging process. The design of the remote controller is such that it can be mounted on any gear/equipment or on the arm/body. Such mounting capabilities allow the users a truly hands-free experience.

Overall, the TELESIN Smart WiFi controller is a very simple and easy-to-use controller for older as well as newer GoPro camera models. 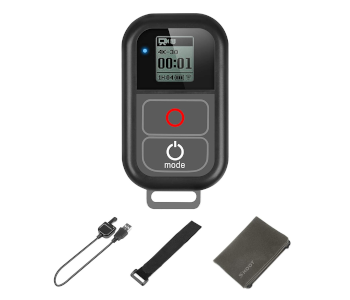 The layout of the buttons and the color scheme all look very similar to GoPro’s controller. The SHOOT controller has a 500mAh battery which is relatively higher than many other controllers that we wrote about in this article.

In terms of the signal range, SHOOT covers only 50 meters. The size of the LCD screen is also quite small when compared to the original GoPro Smart Remote.

Thus, we have covered some of the most popular remote controllers that can be used to control the GoPro camera when you are “in action”. Different controllers have different features. If you want voice control, then you select the appropriate controller with voice capabilities. If waterproof qualities are what you desire, then you can pick the controller with the maximum underwater depth.

In this article, you will find a controller for your specific need. If you do not want to spend extra money on a controller, then there is always the option of using the GoPro app on your mobile phone to control the camera. That effectively converts your phone into a controller.

We hope you found this article useful and we wish you all the best for your action-filming adventures.