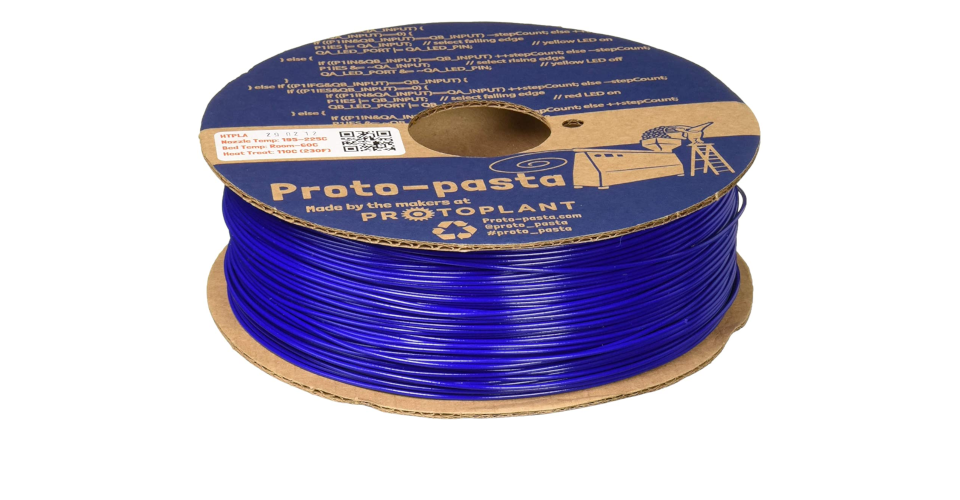 High-Temperature PLA: What It Is, How It’s Used, and Where to Buy

by Joseph Flynt
Posted on May 10, 2020
25 Shares
3D Insider is ad supported and earns money from clicks, commissions from sales, and other ways.

PLA always has been the “old reliable” of the 3D printing, It’s cheap, made from sustainable sources, fully biodegradable, does not warp, and is generally easy to work with even for 3D printing beginners. However, one of its distinct characteristics – that it prints at relatively low temperatures – also limits its potential applications.

However, there are now filament manufacturers that have bridged this gap of PLA without losing out on most of its benefits. Known simply as ‘High-temperature PLA,’ this is a type of PLA that is made to withstand slightly higher temperatures. How does this PLA variant work and where can you buy one?

What is high-temperature PLA? 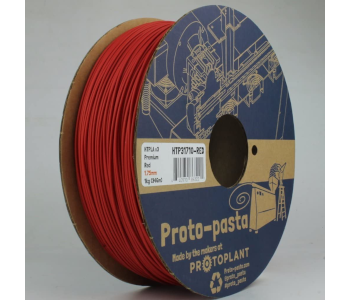 PLA (Polylactic Acid) is pretty much a mainstay in the arsenal of any 3D printing enthusiasts. It’s easily available, one of the cheapest filaments you can buy, and also one of the easiest to work with. It also doesn’t release toxic gases during printing.

However, PLA has one major flaw: it has poor heat resistance. PLA prints are not suitable for applications that need to be exposed to temperatures beyond a standard range of 45 to 54 °C. Just for reference, hot water from your tap could easily exceed that temperature. If you leave a PLA print inside a car on a sunny day, you’re probably going to come back to a lump of melted plastic.

While there are several brands of filaments that have come up with their own high-temperature versions of PLA, Proto-pasta best describes how they were able to achieve this feat. The key to developing high resistance lies in crystallization – or the structured reorganization of defect-free grains around a nucleating agent.

It’s unclear what the “nucleating agent” is in this case (it may be a trade secret), but Proto-pasta only says that their new high-temperature PLA is “mineral-filled.” In any case, the dependence on crystallization means that finished PLA prints will have to go through annealing to achieve optimal thermal stability.

Annealing is done by exposing the finished PLA print to a sufficiently high temperature that allows the individual atoms in the plastic to migrate to the nucleating agent and continue the recrystallization process. By controlling the grain structure of the product, PLA can be made to be more ductile and heat-resistant but may also lose out on strength and hardness.

Pros and cons of high-temperature PLA

2. Still easy to work with

As we’ve gleaned on previously, the enhanced thermal stability of high-temperature PLA can only be achieved by doing post-printing annealing. This isn’t a technically complicated step, but it can be frustrating if you’re building huge PLA prints or if there’s a high volume you need to work with. The results are well worth the bit of extra effort, though.

How to work with high-temperature PLA

The good thing about high-temperature PLA is that it’s not significantly harder to work with than standard PLA, and is certainly much easier than high-temperature filaments like ABS. The specific printing parameters may vary from one brand to another, but this process should still describe roughly how to successfully print with high-temperature PLA.

The recommended printing temperature for high-temperature PLA is in the range of 190 to 230 °C. Demonstrably better results have been observed for higher temperatures, so we suggest starting at 200 °C and working your way up.

Surprisingly, high-temperature PLA does not require a heated bed. A bed enclosure is also not needed. We still recommend printing on a glass bed for the sake of quality, but it’s not a strict requirement. An application of glue stick or blue painter’s tape would not hurt, either.

The recommended printing speed for high-temperature PLA is within the range of 15 to 45 mm/s. This is admittedly a pretty big range, but we suggest that you start at the lower settings and gradually work your way up. As long as you don’t encounter any stringing problems, then you’re good to go.

To help the first few layers of the print develop good strength and bed adhesion, we recommend starting your printer’s cooling fan only from the fourth layer onwards. While it’s fine to set the fan to 100%, just be careful to not cool so aggressively that the temperature of the nozzle starts to drop.

Allow the finished print to cool just enough so that you can pry it off the build platform. After this, you’ll have to do the annealing step. If your print has supports, it would be best to include the supports in annealing to minimize heat distortion. Annealing can be done in either of two ways:

Keep in mind that the plastic will slightly soften during this process, so you might need to support overhanging features. You might have to plan ahead for annealing even during your initial slicer settings. Softening will merely be a temporary phase as the finished print starts to develop strength.

You should see a subtle change in the appearance of the material to something more translucent. This is an indicator that the annealing process has been completed.

Where to buy high-temperature PLA 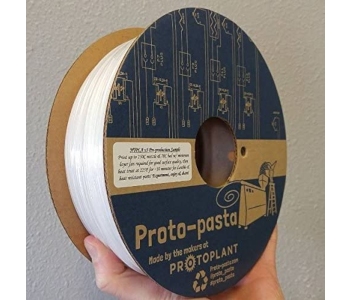 High-temperature PLA is still pretty rare nowadays, and there are only a handful of brands that offer it. The largest selection available online is from Proto-Pasta. The Proto-Pasta HTPLA line is offered in five colors (natural, black white, blue, and red) and in both 1.75 and 2.85-mm diameters. They also have metal-filled, carbon fiber, conductive, and matte fiber versions of HTPLA. Basically, if there’s a filament that could possibly be made with HTPLA, then Proto-Pasta has probably already made it.

The result of three years of refinement and user feedback, HTPLA V3 promises to have superior strength, better layer adhesion, and less shrinkage compared to the previous version. Proto-Pasta’s HTPLA V3 is also cheaper than the V2 iteration, which is a testament to how well they have innovated their product.

Over the years, some other brands have come up with high-temperature PLA filaments but none of them have run with the idea farther than Proto-Pasta.

It should be worth noting that high-temperature PLA is definitely not as fuss-free as standard PLA. The usual PLA is still the easiest material to work with in FDM-based 3D printing, but the added complexity of high-temperature pays off with the results.

Unfortunately, we are still a bit starved with choices when it comes to high-temperature PLA filaments. Proto-Pasta offers a huge array of HTPLA variants, but there has been no significant entry to this admittedly niche market in the last two or three years. We’re hoping that more innovation and diversity are underway from other filament brands.