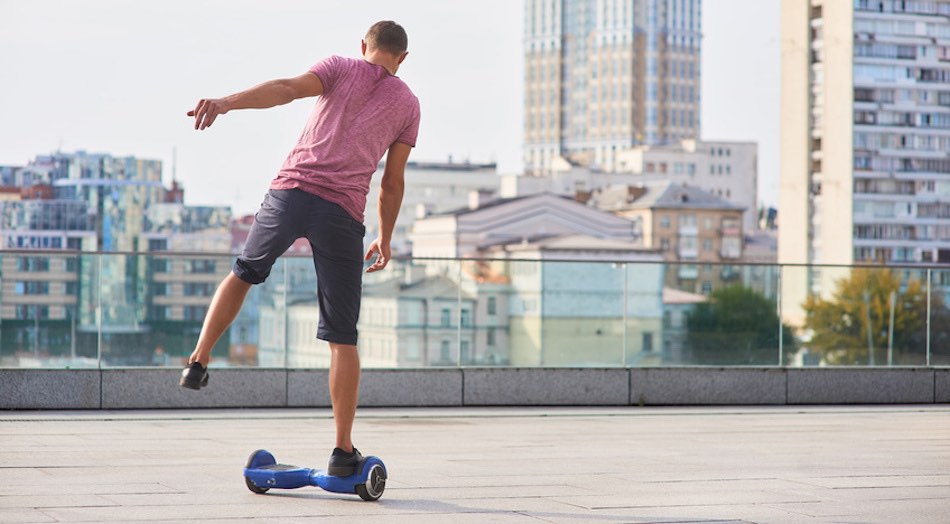 by Amada Pearson
Posted on December 9, 2017
8 Shares
3D Insider is ad supported and earns money from clicks and other ways.

Hoverboards had earned a bad rep when it comes to their safety after numerous incidents of hoverboards spontaneously catching fire or exploding while being casually ridden. There have also been reports of hoverboards catching fire while charging, or even while sitting on the floor at a shopping mall. The sudden surge in popularity of hoverboards lead to the proliferation of cheap and unregulated versions from China and Hong Kong that were manufactured using cheap generic lithium batteries and inferior materials.

Aside from being fire hazards, falling down while riding is another danger of hoverboards. Videos of people falling and stumbling while riding hoverboards are very popular, but are only really funny until the same happens to you.

If you’re planning to give a hoverboard as a gift this holiday season, or if you are a current owner of one, then read on for the best tips in keeping safe with your hoverboard.

For all intents and purposes, UL 2272 certified hoverboards are safe – or at least as safe as any other device that has a lithium battery, such as your smartphone or laptop. Electric scooters go through the same certification process.

Most well-known brands have passed the UL 2272 certification. These include the Swagtron, the Segway miniPro, Halo Rover, Gotrax, and many more. Big retailers such as Amazon only sell hoverboards that are UL 2272 certified. As a final check, look for the holographic UL certification label on the packaging or the body of the hoverboard once you receive it.

Most of the hoverboard fire incidents were caused by battery damage or leaks. Although UL 2272 certified hoverboards have undergone a series of tests to verify their integrity and robustness, it is still wise to practice due diligence to prevent battery damage.

Don’t overcharge your battery, and definitely don’t leave them charging overnight. Most hoverboards have either a prescribed charging time or a battery level indicator that will help you know once the batteries are fully charged. While charging, it is best to keep the hoverboard away from flammable items.

Although the batteries of proper hoverboards are designed with overcharge protection, the possibility of setting your house on fire is still not worth the risk. Most hoverboards can be fully charged in only 2 to 4 hours, so it is best to keep an eye on them while they are charging. 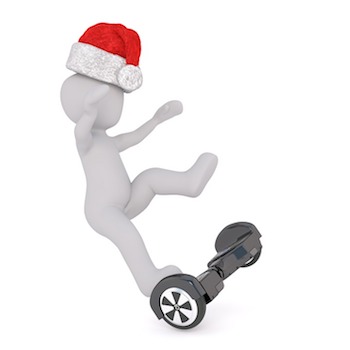 Hoverboards are not meant to be ridden at their maximum speeds right out of the box. Even getting on and off the board is not as simple as it looks.

Before you go zipping around, it would be wise to gain some proficiency and get comfortable with your hoverboard at lower speeds. Most models come with a learning mode that allows the hoverboard to move at much lower speeds to ease in beginners. The key to riding hoverboards is maintaining your balance and your posture, skills that will take some time and practice to perfect.

Wearing safety gear, although not necessary, is highly recommended especially during your practice sessions. At a minimum, you should have a measure of protection for your head, elbows, and knees.

4. Know where to ride

In Australia and United Kingdom, it is illegal to ride hoverboards on public roads or walkways. Hoverboards have also been banned in many schools and malls. Hoverboards have also been banned in New York City with a corresponding $500 fine, but this rule does not seem to be implemented as they can be found all over sidewalks and bike lanes. To be on the safe side, it is best to consult with the local police department before riding your hoverboard outdoors.

Riding on paved streets and walkways is one thing, but riding on uneven surfaces is another. Most hoverboards are meant for easy riding on smooth pavement, and will not handle harsh surfaces well.

A few select models, such as the Swagtron T6, EPIKGO, Jetson V8, and the Segway miniPro, are designed specifically for riding on rough terrain and uneven surfaces with their bigger wheels and powerful motors. Instead of solid rubber tires, all-terrain hoverboards are equipped with pneumatic tires that can adjust to varying terrains. Don’t go riding your hoverboard on places that they were not designed for as you’re bound to damage them eventually.

5. Recognize the limits of your hoverboard

Hoverboards are cool, fun to ride, and for the most part, are built to survive minor bumps and crashes. Still, you need to keep in mind that they are not unbreakable pieces of machinery. They are not skateboards, and they are not made for flying off ramps and jumping down stairs. At the very least, strong impacts can damage the gyroscope or the battery of your hoverboard. Frequent and strong crashes have even been known to damage the hard carbon fiber bodies of some hoverboards.

The most popular hoverboards today are now more reliable and safer than their older counterparts. Gone are the days when hoverboards have to be recalled due to spontaneously catching fire. As long as you purchase your hoverboard from a reputable retailer and manufacturer, you can rest assured that your hoverboard has undergone a battery of tests to ensure its safety.

As long as you practice good battery management and take care of the hoverboard while you are riding it, it should last you for quite some time. Just keep in mind that no amount of fun is worth risking your safety and the safety of the people around you.

Amada Pearson
I've always been interested in tech and I've been writing about it for 6 years. I love reporting on what is new and sharing it with you.
1 comment
Share now:
8 Shares
YOU MAY ALSO LIKE
SEE MORE