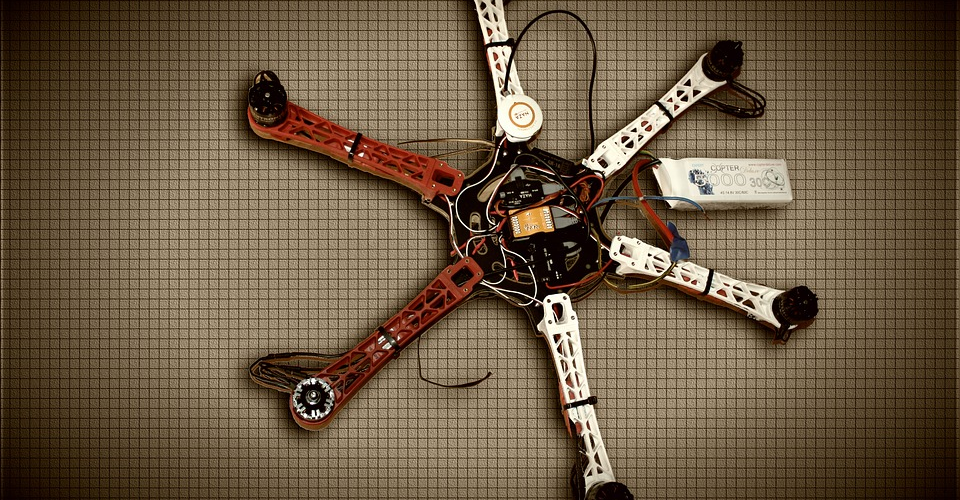 How Do Drone Motors Work?

by Joseph Flynt
Posted on April 17, 2019
11 Shares
3D Insider is ad supported and earns money from clicks and other ways.
DJI has just released the Mavic Air 2. See all of the specs here.

Drones are a marvel of modern engineering, consolidating the work of several components to produce a small flying machine that can be operated remotely. Despite their size, it cannot be argued that the mechanics behind how drones fly can seem a little complex. To better understand how these drones work, it is best to break them down and look at how each component works.

In this article, we take a close look at one of the most critical parts of the drone: the motors. The motors provide power and control to the drone propellers which allow the drone to gain altitude and move around in any direction. How do these motors work? If you were building a drone from scratch, how do you pick a drone motor?

What drone motors do 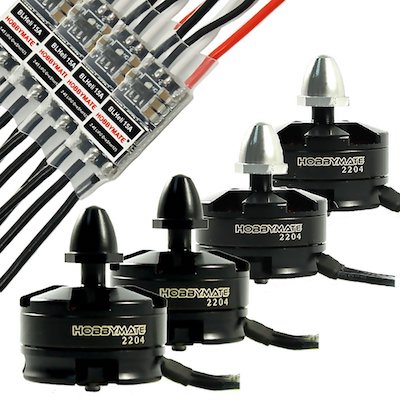 There is no doubt that motors are integral to how drones work, but what do they do exactly? In a multirotor drone, each rotor or propeller is powered individually by a motor. These motors provide the spinning motion to the propellers which allows them to “push” off the ground and provide lift. As a drone gains altitude, the propellers need to deliver more lift which prompts the motors to run faster and to draw more power from the battery.

Aside from providing lift, drones also rely on the propellers for directional movement. By varying the rate of rotation of each propeller, drones achieve a directional bias that allows them to move in any direction. This process involves a little more sophistication, as the rotational speed of each propeller needs to be adjusted for the drone to move in the intended direction. This control is provided by the Electronic Speed Controller (ESC) module of each motor, components that will need to be discussed on a whole separate article.

If you’ve been spent some time shopping for drones, then you have undoubtedly come across the terms “brushed” or “brushless” motors. What’s the difference between the two? Is one better than the other?

Brushed motors are classic and traditional. They have been around for several decades and have been the foundation of standard motor technology. Much like any motor, a brushless motor has two major parts: a rotor and a stator. As their names imply, the rotor is the rotating component of a motor while the stator is the component that remains stationary.

In a brushed motor, a centrally-located rotor is surrounded by a stator that is lined with a pair of magnets of opposing polarity. The rotational movement of the rotor is induced by the contact of “brushes” of the rotor’s commutator with a current supply. The flow of current into the rotor creates a magnetic field that reacts with the magnets of the stator.

The fact that the brushes of the commutator need to come into contact with the current supply is one of the biggest limitations of brushed motor technology. As you can imagine, the rapid rotation of the commutator produces a lot of friction between the brushes and the current supply. The effect of this friction is two-fold: not only does it create a lot of heat, but it accelerates the wear and tear of the components of a brushed motor.

One disadvantage that many people overlook when comparing brushed and brushless motors is the inefficiency of brushed motors. The heat generated in the motor due to friction means that a lot of the power provided by the drone battery goes to waste. Rather than being translated to rotational movement in the propellers, the energy instead becomes dissipated as heat.

Despite the many limitations of brushed motors, they are still heavily used because of one major reason: they are much cheaper. They are still largely relevant, especially for low-cost applications. In the drone market, brushed motors are almost exclusively found in cheap toy models. After all, these drones are not meant to fly for any longer than a few minutes at a time. By using brushed motors, drone manufacturers can keep the prices of these toy drones down. 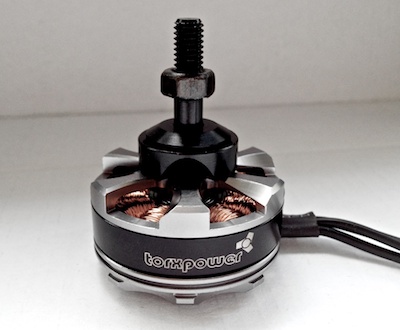 The stator of a brushless motor is capable of generating its own magnetic field because it is made of several pairs of electric coils. By supplying a current to these coils, the stator generates a magnetic field that interacts with the magnets of the surrounding rotor and induces its rotation. By regulating the current that the stator’s electric coils receive, the rate of rotation of a brushless motor can be manipulated.

A key characteristic of a brushless motor is the fact that there is no contact between rotating and stationary components. Without any friction, there is no energy lost as heat, making the whole process much more efficient. Whereas brushed motors are capable of only about 80% efficiency at best, brushless motors can hit up to 90% efficiency.

Without any heat generation, brushless motors can operate for a long time without the danger of overheating. This is particularly important for professional-grade drones that are designed to fly continuously for longer than 30 minutes.

The lack of contact between the moving components of a brushless motor also means that wear and tear is greatly reduced. In fact, the brushless motors of a drone can be used for several years without any maintenance. Brushless motors are also inherently quieter than brushed drones, totally eliminating the characteristic screeching sound made by the constant contact of commutator brushes with power terminals.

Nowadays, practically all prosumer drones and drones made for outdoor flight are designed to use brushless motors. Not only are brushless motors more reliable and efficient, they are also smaller and lighter. The efficiency of the brushless motors also means that drones can fly longer with the same battery capacity. For devices that put a premium in size and weight, brushless motors have been an invaluable piece of technology.

Not all drone motors (even brushless motors) are made equal. Depending on the size and weight of your drone, how you want to use it, and your budget, there is probably a particular drone motor that will work best for you.

One of the principal characteristics that you need to consider when choosing a drone motor, the thrust-to-weight is an indicator of how much total thrust or lift your motors can produce relative to the weight of the drone.

Racing drones are, of course, even more demanding. Custom-made racing drones typically target thrust-to-weight ratios of 4 to 5, although up to 8 are not unheard of. The downside of using drone motors designed to be this powerful is that they are also woefully inefficient, which means that the drones tend to get weighed down by bigger batteries.

The size of a brushless drone motor is indicative of the diameter and height of its central stator. This is represented by a standard 4-digit number where the first two digits indicate the stator’s width while the last two digits indicate its height. Both measurements are given in millimeters. A taller stator can is capable of achieving higher revolutions per minute (RPM), thereby delivering more power. On the other hand, a wider stator delivers higher torque even in low RPM. Compared to a wider stator, a taller stator has larger magnets and can generate a stronger magnetic field.

Another way of representing the output of drone motors is through its kV rating. The kV rating of a motor indicates how many revolutions per minute the motor can achieve when it has no load and exactly one volt is applied to it. Naturally, attaching a load to the motor, such as a propeller, will reduce the number of RPMs that the motor can achieve due to the added weight, inertia, and air resistance.

When selecting the best motor for your drone, two factors need to be considered: the size of drone’s frame and the size of the propellers you are using. As a general rule of thumb, drones with small frames and propellers work best with smaller motors that can achieve higher RPMs. Conversely, bigger drones with wider propellers work best with bigger motors that can deliver high torque at low RPMs.

One thing to remember is that a motor that spins at high RPM is inherently less efficient and draws much more power from the battery. This means that if you want to fly longer, you will have to settle for a low RPM, high torque motor. A high torque motor is also more responsive, which may be instrumental for racing drones that need to be able to change direction at a snap. However, high torque motors also tend to exhibit more uncontrolled oscillation, making them poor at maintaining a stable hover.

How the drone motor efficiency responds to its throttle varies for each motor. There are some motors that perform more efficiently near 100% throttle, while others may reach peak efficiency at lower throttle levels. Most drone motors come with throttle curves that characterize their efficiency behavior. Thus, selecting the best motor depends on how you intend to fly your drone.

Motors are undoubtedly some of the most integral components of drones that allow them to achieve the heights that have made them extremely popular. They are also some of the most customizable, which has made drone motors an especially interesting area of focus for users who like to build their own drones. Depending on the size of your drone and your flight style, there is probably a drone motor that works best for you.

In the near future, it’s reasonable to expect drone motors manufacturers to come up with upgraded versions that are cheaper, more powerful, more efficient, and more responsive.