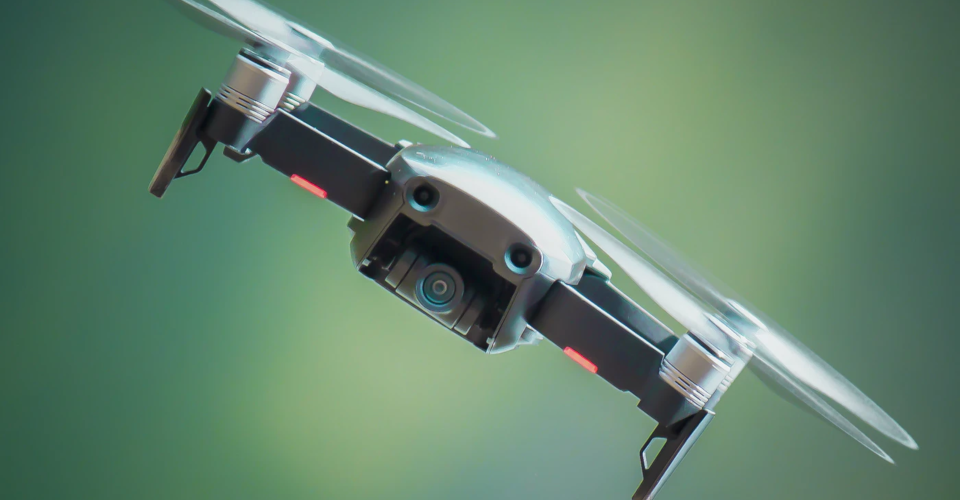 How Do Drones Turn? Easy to Understand Guide

by Joseph Flynt
Posted on April 30, 2020
17 Shares
3D Insider is ad supported and earns money from clicks and other ways.
DJI has just released the Mavic Air 2. See all of the specs here.

The ease with which we can fly drones has made the fundamentals of drone flight easy to take for granted. It is through the technology of the drone’s controller, motors, and propellers that they are able to take advantage of the laws of physics and achieve both flight and propulsion. By learning the basics, drone pilots can be better equipped to maximize the potential of their drones.

One of the most basic maneuvers that a drone pilot needs to learn is how to turn. How does the drone perform this particular move? To answer this question, we’re going to have to go back to the basics.

What do propellers do? 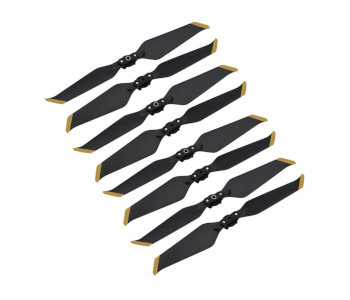 In quadcopters, both flight and propulsion are provided by the propellers. As they rotate, the unique shape of propellers allows them to “cut” through the air and redirect it downwards to generate lift. Propellers can rotate faster to generate more lift and gain altitude.

The shape and size of propellers influence how much lift they make per rotation. Larger propellers need to overcome greater air resistance but can also generate more lift, making them suitable for bigger drones and those that are designed to support heavy payloads. Smaller propellers require less power but also generate less lift.

In the same vein, propellers with a large pitch angle encounter greater air resistance, drawing in more power from the motors to generate a greater amount of lift. Aside from pure lifting power, the efficiency of the propellers needs to be considered when choosing between different propellers.

A drone’s propellers are also responsible for generating propulsion or creating the force that allows them to move forward, left to right, and to rotate. By purposefully creating an ‘imbalance’ between the rotation speeds of the different propellers, a drone can have a bias towards a certain direction. For example, slowing down the propellers in the forward side and speeding up those in the rear side pushes the drone to fly forward.

The turning motion of the drone (or any aircraft) is what is known as the ‘yaw.’ One of the key concepts to understand how a drone yaws is the fact that its propellers rotate in different directions. In a quadcopter, two of the propellers rotate in the clockwise direction while the other two rotate in the counter-clockwise direction. The primary purpose of this design is to keep the drone from rotating out of control, as each pair of propellers counteracts the rotational motion of the opposite pair.

When all four propellers rotate at equal speeds, the angular momentum of the body of the drone becomes zero, as they effectively cancel each other out. However, by setting the rotation speeds of the clockwise propellers higher than those of the counter-clockwise propellers, this angular momentum no long becomes zero. At this particular set of circumstances, the drone will rotate counter-clockwise or opposite to the rotation of the dominant propellers.

One thing to take note of when making your drone yaw is that it’s still supposed to maintain a stable hover. This means that the total lift of the propellers must still remain constant, even when one pair speeds up and the other one slows down. If this balance is not maintained, then the drone can end up losing or gaining altitude unnecessarily.

Why do propellers rotate in different directions?

When any of the drone’s motors exert a rotational force on the propellers to have them rotate, the Third Law of Motion (or Newton’s Laws) states that it will also exert a rotation force of equal magnitude and opposite direction to the drone. If a drone only had a single propeller rotating, then the rest of the drone will also end up spinning. This is the reason why helicopters need a separate rotor on their tails – to counteract the rotational force generated by the motors on the body of the aircraft.

Fortunately for drones, they have the advantage of having several rotors. These rotors are designed to rotate at different directions and at equal speeds. This allows them to counteract each other’s rotational forces exerted on the body of the drone, thus keeping it stable.

To ensure flawless execution of balanced rotational speeds, all the propeller motors are coordinated via the drone’s Electronic Speed Controller (ESC). Acting as the motion center of the drone, the ESC receives the commands of the pilot via the remote controller and translates them into commands to be sent to the propeller motors. It is responsible for regulating the rotational speeds of the propellers, ensuring that the drone does not spin out of control and that it moves in the direction that the drone pilot intends.

As a drone pilot, there’s really not much else you need to do to ensure a smooth drone flight but to make sure that all your drone’s sensors, control systems, and hardware are working properly. To make sure that your drone performs turns and all other flight maneuvers without a hitch, these are the things you can check:

1. Make sure that propellers are installed correctly

Fortunately, it’s going to be immediately obvious if you’ve got your propeller installed improperly. Your drone will probably end up not flying at all or spinning out of control. Letting it get to that point is a bad idea, so it would be best to double-check your propellers every time.

Your drone’s Inertial Measurement Unit (IMU) is the aggregate system composed of the accelerometer, gyroscope, barometer, and GPS that allows the drone to detect movement in any direction. In case your drone needs to hold a steady hover, the IMUE detects any extraneous movement and relays a command to the ESC to have the propellers make the necessary adjustment and correct the drone’s position.

As the central “brain” system of the drone, it’s important to keep the IMU properly calibrated is essential. Most drones come with a recommended calibration procedure. If you notice your drone drifting, not responding accurately to your commands, or losing altitude for no reason, then it may be time to do an IMU calibration.

Stalling is a phenomenon where the smooth airflow that provides lift to the drone becomes interrupted, resulting in a sudden loss of lift. When this happens to a quadcopter drone, it can quickly fall from the sky as if it has lost power. Unlike fixed-wing drones, quadcopters have almost no chance of recovering from a stall.

Stalling can happen in drones when they move in any direction and exceed a critical angle. This critical angle also goes down as the load factor on the drone increases. In case you’re flying a drone with an interchangeable payload system, it’s important to prevent overloading so that you don’t end up impeding your drone’s capability to make maneuvers below the critical angle.

Developing an understanding of the physics of drone flight is an essential skill for all drone pilots. By stressing the importance of each component of the drone, we can better appreciate how important it is to keep them in tip-top shape and to do all the recommended regular maintenance activities.

Making turns is one of the most basic maneuvers a drone pilot must learn, but it relies on the same fundamental concepts that allow the drone to fly in any direction. Yet, how a drone yaws is a perfect example of the level of precision and coordination built into all of the drone’s hardware, software, and electronics.