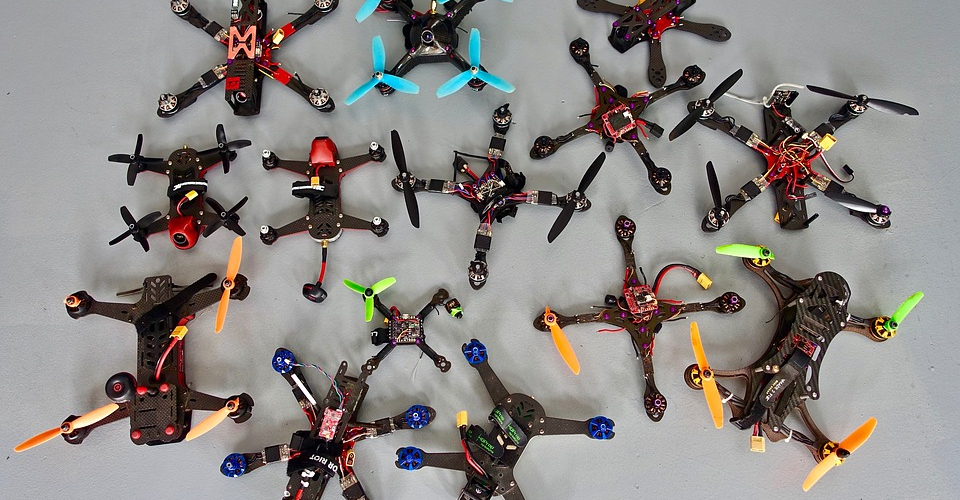 How Fast Do Consumer Drones Fly?

by Joseph Flynt
Posted on April 18, 2019
13 Shares
3D Insider is ad supported and earns money from clicks and other ways.
DJI has just released the Mavic Air 2. See all of the specs here.

If you are a drone user, a technology enthusiast, or just a curious person, you may have wondered at some point about the speed of today’s drones. Drone speed is one of the commonly viewed specs when researching drones. Every drone manufacturer lists the speed on the product webpage. Photographers might need to know the speed in order to be able to film action sequences, moving animals or follow certain objects like cars. Adrenaline junkies who like to race their drones will want high speeds in their drones.

So, you may have asked yourself this question: how fast can the drones really fly? To answer this question, we need to understand the technology of drones, the physics behind the flight of a drone, and the legal aspects of drones.

Let us look at what popular drones offer in terms of maximum speeds.

The design and technology 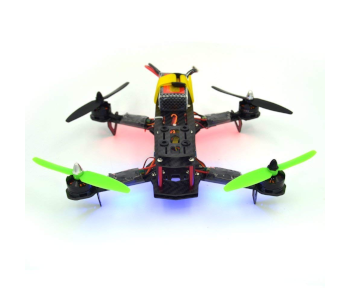 Drones can be of two types depending on their design. First type if the fixed wing and the second type is the rotary wing.

As you can imagine, it will be almost impossible for a conventional fixed wing aircraft/drone to hover in one place because it has to continuously move forward in order to stay airborne. Hence, such drones are not very useful for still photography, videography or many small-scale inspection projects. Fixed wing drones are useful for reconnaissance missions, defense projects, and surveillance of huge areas like oceans or enemy territories.

A rotary wing drone has propellers (or technically wings) which rotate and spin with the use of a motor. The quadcopter designs of most commercially available drones are of the rotary wing type. Normally, there are four rotating propellers, two in the front and two at the back. The front propellers normally do the work of keeping the drone in the air while the back propellers give the drone the horizontal thrust for forward movement.

Unlike the fixed wing drone, the rotary wing drone can hover in one place very well. The four propellers spin to keep the drone up in the air against gravity. Hence, these kinds of drones are commonly used in photography, industrial-level surveillance, and by vloggers. Projects like panoramic photography or the creation of a wedding event video require the drone to be stable and have a slow (or no) movement.

The physics and the limitations 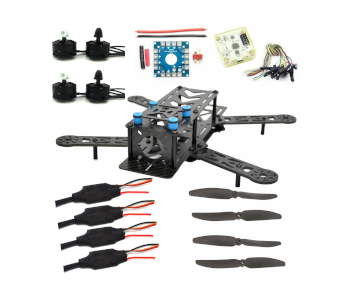 Now that we know how fixed wing and rotary wing drones work, we can start thinking about how to optimize the design to get higher drone speeds. But this isn’t as easy as it seems. The laws of physics set limits on how far you can go. Gravity also plays its part and you cannot wish it away.

For example, you might think that in order to increase the speed of a fixed wing drone, you can simply increase the power and the RPM of the propellers. After all, they are responsible for making the drone go forward.

But trying to increase the power of the propellers would mean a larger design and/or a larger battery to power the larger propeller. A larger battery will add further weight to the drone and that in turn could be counter-productive in your attempt to increase speed. After all, the lighter the aircraft, the higher the speed you can get. Plus, your wingspan may have to change as well because the wings do the work of keeping the drone in the air against gravity.

Another idea that would come to mind is to make a lighter aircraft or a more aerodynamic design. It is theoretically true that you can achieve higher speeds by using the same propellers on a more aerodynamic drone design or by using a lighter body. However, you can cut down on the weight of the drone only up to a certain extent. You cannot get rid of the entire body or the camera or the wings or the battery pack. Certain minimum weight simply has to exist.

Similarly, there are design constraints as well and you can only optimize the design of the drone up to a certain extent. These limitations govern the maximum speed that a fixed wing drone can achieve. One thing that you can do to increase the speed of fixed wing drones is to use the air conditions favorably. If there is wind blowing, then fly the drone in the direction of the wind. This will boost the speed of the drone as it will get an extra “push” from the wind.

In the case of rotary wing quadcopters, the physics is quite interesting. Since the propellers are pointing up, the horizontal thrust to move forward comes when the drone tilts forward. This tilting movement changes the rotational plane of the propellers and the back propellers end up driving the forward movement of the drone. The front propellers are then responsible for keeping the drone up against gravity.

In order to increase the speed, one would imagine that by tilting the drone further forward, more thrust can be generated by the back propellers. In theory, this may be true. However, the further the drone tilts, the hard the forward propellers have to work in order to fight gravity and keep the drone in the air. If the drone keeps tilting forward, then at a certain threshold, the drone will not be able to stay up in the air. So, there are limits to how far the drone can tilt forward to increase speed.

At the same time, the arms of the propellers are designed to act as partial wings and help prevent the drone from dropping down from the air because of too much tilt. The propellers itself can be customized to make the drone more stable while increasing the speed. But the design of the propeller has implications on the battery power and other factors like the ability to efficiently move air.

Also, most drones have limiters which control how far your drone tilts. Customizing any component will throw those limiter settings off and you will risk a drone crash. So, the right balance has to be found and you need to know exactly what you are doing if you will customize anything. 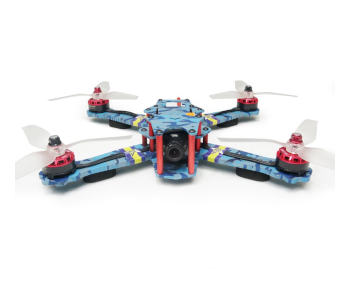 There are legal aspects to flying a drone. The FAA has a set of rules and guidelines which one needs to follow when flying drones. You might even need a drone license in some cases. While there are numerous rules on things like where you can fly, how high you can fly, and so on, the rule that is most relevant to our discussion in this article is that of speed. The FAA has stipulated that the highest speed for a commercial drone is 100 miles per hour. This is as per Part No. 107 of the FAA rules.

You might feel that 100 mph is not a lot, but actually, it is quite high. Most consumer drones have a maximum speed of 40 – 60 mph in optimal conditions. The conditions are key because in windy environments or in certain flying modes, that speed will drop even further.

On average, panoramic photography and conventional videography will not require the drone to fly above 15 mph. Racing drones can go fast, but they normally do not go beyond 60 or 70 mph. Interestingly, the Guinness World Record for the fastest drone speed belongs to a RacerX drone which hit 179 mph. So, we must acknowledge that the FAA has been quite generous in setting a speed limit of 100 mph, which is enough for most consumer and commercial applications.