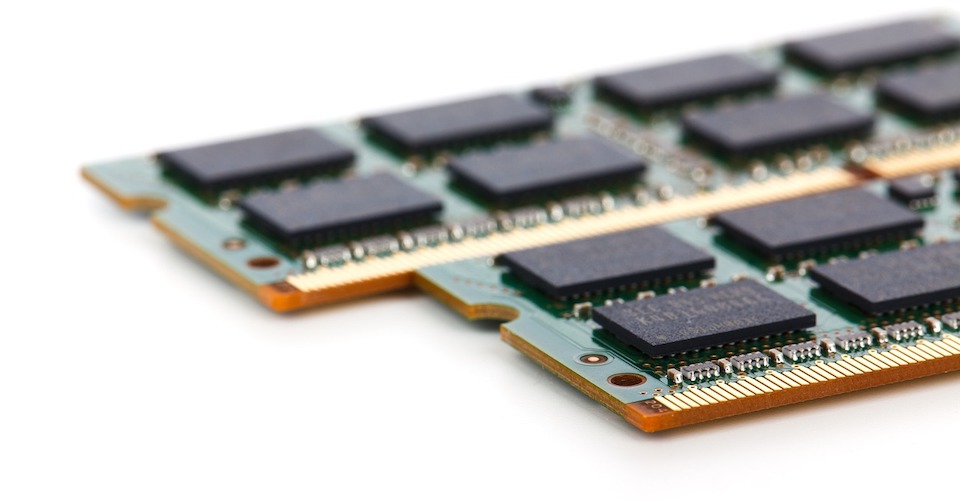 How Much RAM is Enough for Gaming?

by Joseph Flynt
Posted on October 10, 2018
15 Shares
3D Insider is ad supported and earns money from clicks, commissions from sales, and other ways.

The gaming industry is evolving at a rapid pace. As games become more technically-advanced, it’s only natural that hardware has to evolve and upgrade right alongside them. In the past, relatively weak processors and graphics cards were more than enough to run the newest releases, and the average laptop or PC didn’t need too much RAM to be a decent gaming machine.

Nowadays, standards have changed and more advanced hardware is essential for anyone looking to play the latest and greatest games. So if you plan to invest in a new gaming PC or laptop, or simply considering an upgrade to your current machine, one of the big questions you might be asking yourself is ‘How much RAM do I really need?’

There’s no single answer to this question, as every case is different and it all depends on your personal circumstances and the type of gaming you want. The simple rule is that more RAM will result in better overall performance and faster speeds for both gaming and general computing, but with options ranging from as low as 4GB to as high as 64GB or even 128GB in certain cases, it’s important to choose the right RAM option for you and not overspend on memory you won’t ever need to use.

Why is RAM so Important?

To figure out how much RAM you’re going to need, it makes sense to understand the exact role that RAM plays when it comes to gaming. To keep things simple, when you run games on a laptop or PC, the system needs to move a lot of temporary files around quickly. Since RAM offers the fastest way to do this, the PC will store all of the necessary data in the RAM for rapid and easy access.

With technical advancements in gaming, the average title has bigger files than ever before due to better quality visuals and audio, so a typical AAA game is going to need a whole lot of memory space to run smoothly. If you don’t have enough RAM in your system, it’ll have to start relying on the hard-drive for file transfers, resulting in slower performance and weaker frame rates.

Is 4GB of RAM Enough?

Now that we know what RAM is actually used for in gaming, let’s look at your options. The minimum amount of RAM you can find nowadays is 4GB. Is this enough for gaming? The simple answer is no, unless you’re only interested in playing old games or small, independent releases that won’t tax your system heavily.

If you don’t plan on playing the latest blockbuster releases and AAA games, 4GB could be enough, but investing in a 4GB system right now isn’t the smartest idea as it will reduce the longevity of your machine. At the moment, many games will be playable with 4GB. However, in another year or two, as games become even better and really do start needing that extra memory to run properly, low-RAM systems simply aren’t going to be enough.

In short, it is perfectly possible to run plenty of popular titles like Grand Theft Auto V or Fortnite with 4GB and not notice much of a detrimental effect on your performance, but the gaming world moves fast and it always pays off to ‘future-proof’ your system by spending a little extra on stronger hardware that will actually save you money in the long run.

Is 8GB the Perfect Amount?

So if 4GB isn’t enough, 8GB should be ideal, right? Quite simply, yes! Right now, 8GB is the ideal amount of RAM. A quick browse of the latest releases like Assassin’s Creed Odyssey or Shadow of the Tomb Raider, or even a look at the required technical specifications for upcoming games on Steam shows that almost every title asks for 8GB of RAM to run smoothly.

In real-life tests, even with games that are a little more intense on your system, 8GB is almost always enough to enjoy great performance levels without any choppiness or significant frame rate drops. Of course, you still need a good graphics card and processor to cope with the demands of AAA releases, but in terms of RAM, 8GB is great.

Plenty of modern laptops and PCs will come with 8GB of RAM as standard nowadays, and this is the perfect option for people who want to enjoy their games. It’s not going to cost you a lot of cash and will provide perfectly adequate performance for the foreseeable future. This amount of RAM is also ideal for general daily computing; if you like to have lots of internet tabs and other software open all at once, 8GB will be more than enough to keep your system ticking over.

Since 8GB is regarded as the sweet spot for modern gaming PCs and laptops, 16GB might seem like overkill, but many hardcore gamers tend to gravitate towards this amount of memory. Benchmarks and other tests show no real difference in performance when running AAA games on 8GB and 16GB systems, so why would anyone prefer spending more on the higher amount?

Well, when it comes to 16GB, it’s all about future-proofing. 16GB might not be too useful right now, at least not when it comes to gaming, but as we’ve already said, games are getting better and more technical with each passing year. As games evolve, they’re going to require stronger graphics cards and processors, as well as more RAM.

Therefore, even though 16GB isn’t going to have any real effect on your system right now, it could turn out to be very helpful a year or two down the line. It’s important to note that there are no downsides to having more memory in your machine, so choosing 16GB over 8GB has no drawbacks, aside from the added cost. So, if you want to stay one step ahead of the game and equip your PC with the RAM it needs to survive the coming years, 16GB is a fine choice.

What About Higher Amounts of RAM?

As we just wrote, more RAM has no downsides, so we can’t exactly say that it’s a bad idea to invest in higher amounts of RAM. However, for the vast majority of users, anything more than 16GB is more or less a waste of money because it simply won’t have any effect on your daily computing and gaming experiences.

Some motherboards support up to 128GB of RAM in total, but machines with enormous amounts of memory aren’t designed with gaming in mind. 32GB+ RAM is only going to be useful to professionals who do a lot of video editing and graphic design. For gaming, streaming, movies, and regular day-to-day computing, these high amounts of RAM are simply unnecessary.

Even if you’re looking to future-proof your machine, it doesn’t make much sense to invest in 32GB or more because new forms of RAM are being developed and older formats will become obsolete in the years to come. Simply put, if you invested in 32GB of RAM today, it would probably be outdated before you ever actually needed it.

In conclusion, it’s clear to see that 8GB or 16GB of RAM is the ideal amount for a good gaming rig. If you’re hesitating between the two and you have the money, go for 16GB just for the sake of future-proofing, but if you’re worried that 8GB isn’t enough, you can breathe easy. 8GB is perfectly adequate for modern games and will be fine for the next few years. 16GB is a nice bonus, but anything higher than that is overkill.